Capable IT candidates ‘overlooked for superstars’ 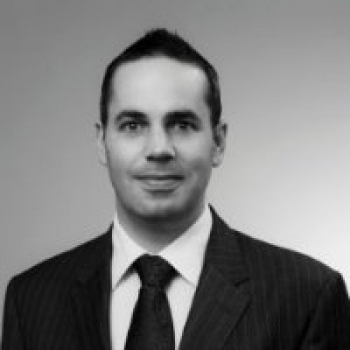 Robert Walters is a global recruitment consultancy specialising in IT and other business and industry sectors. The firm’s Associate Director in New South Wales, Peter Bateson, has penned this piece for iTWire, looking back at the challenges faced by recruiters and job seekers in 2012 and the “year of change and opportunity” which he sees impacting the industry in 2013, including what will happen with salaries.

Last year was a challenging year for many industries, and fortunately the IT recruitment market was relatively stable in comparison with other markets. The shaky global economy was offset by a quietly confident local market, although many companies underwent significant changes.

IT recruitment continued throughout the year, with key IT professionals called on to ensure organisations had the best teams on board to steer them through an uncertain market. Using the 2013 Robert Walters Global Salary, we will look at the salary levels, trends and forecasts for the year ahead.

Although the jobs market in 2012 proved challenging, we expect 2013 to be a year of change and opportunity. With several periods of under investment in technology due to economic volatility and cautious spending, there should be a shift in attitudes. IT recruitment activity is expected to grow in 2013 as a result of better market conditions, with the stability dependant on the recovering economy. The majority of the activity will come from organisations continuing to streamline processes, restructure and transform as they seek to operate more efficiently.

It’s an interesting paradox that in a candidate-rich market, companies are struggling to hire quality candidates.

Due to market uncertainty, numerous organisation restructures, cost-saving / austerity measures, and the closing of companies struggling to stay relevant in an increasingly competitive market, there is a large pool of IT candidates available for work.

You would expect that companies wouldn’t have a problem hiring quality candidates, given the larger than normal pool of IT candidates currently available. However, the same market conditions which have created an IT candidate-rich market, have also contributed to the difficulty in hiring, as hiring managers need to justify their next hire more rigorously and are under more scrutiny to ensure the hire adds value from day one, hence the pressure is on the hiring manager to get it right first time.

As such, capable IT candidates are being overlooked for superstars who can demonstrate value-add, who can communicate effectively with the business and who can ideally perform the role of more than one person to further save costs. To compound matters, the increasingly thorough interview and approval processes required to make a new hire means that the time taken to hire has been extended which can result in the ideal, highly sought after candidate accepting an offer elsewhere with companies whose interview process is more agile.

As a result of these market conditions, there is a large pool of available capable candidates, but a dearth of the highly sought after superstars.
Big Data is now a multi billion dollar industry and is here to stay. To quote IBM: ‘Everyday, we create 2.5 quintillion bytes of data–so much that 90% of the data in the world today has been created in the last two years alone.’

This explosion of data, primarily fuelled by the rapidly increasing usage of mobile devices such as smartphones and tablets to send and receive photo and video content has placed a huge burden on companies data gathering and data storing capabilities. As knowledge is power it is becoming increasingly important for companies to be able to efficiently store this information and to ‘cut through the static’ to access the relevant data for use in decision making, which has resulted in a constant need for IT professionals with business intelligence, data warehousing and data centre experience.

To quote Wikipedia: "Big data" has increased the demand of information management specialists in that Software AG, Oracle Corporation, IBM, Microsoft, SAP, EMC, and HP have spent more than $15 billion on software firms only specializing in data management and analytics. This industry on its own is worth more than $100 billion and growing at almost 10 percent a year: about twice as fast as the software business as a whole.

As there are 8.6 million smart phone users in Australia, companies have been forced to adapt their business to serve their customers anytime, anywhere via their on-line presence. This has lead to the creation of the mobile application development industry and has brought e-commerce to the masses, thus resulting in an on-going need for IT candidates with experience in these areas, with HTML5 and User Experience / User Interface experience in particular demand.

Despite a predicted recovery, the general feeling is salary increases will be minimal across the board. Professionals with niche and in demand skill sets will likely be able to command increased salaries.

The 2013 Robert Walters survey found that amongst the pay increases, the largest pay rises will occur mainly within management, testing and development. For example, a programme manager can expect an increase of up to 11%, a project manager up to 16%, UX/UI designers/digital producers up to 8%, and test/QA managers up to 7%.

Due to legislative and regulatory reforms across banking and financial services, there will be a continued requirement for business analysts and project managers with specialist experience in these areas.

As business performance becomes more reliant and measurable on their online presence, there will remain a demand for those with cloud, mobile applications and e-commerce expertise. The growing superannuation, digital media, insurance and telecommunications industries will continue to hire strongly as investment in these areas increases.

Continuing project work within the resources and supporting industries will lead to need for network engineers, security specialists, developers and system administrators to implement and manage systems. Business analysts will also be sought after to kick start feasibility studies for projects


Towards the end of 2012 hiring slowed due to continued economic uncertainty. We expect this to change, particularly after the first quarter, as IT investment and infrastructure is vital to operational efficiency. However, demand for talented, quality candidates with niche skills will continue regardless of how the market develops.

BACK TO HOME PAGE
Published in Recruitment Feature
More in this category: « Matching ICT talent to demand still a ‘work in progress’ Canberra on verge of ‘ICT boom’ as Henshaw joins CollabIT ACT »
Share News tips for the iTWire Journalists? Your tip will be anonymous