Xbox One: US Centric thumbs down Featured

The next generation game console from Microsoft has been revealed, and there is more to come, but first impressions of what Xbox One is positioned to deliver is somewhat disappointing from an international perspective.  Am I just buying a very powerful remote control?

There was not too much in the way of surprises with the Xbox One reveal early this morning Australian time – apart from confirming the name.  Those folks silly enough to have money on Xbox 720, or Xbox Infinity did their dough, I thought it was most likely to be Xbox 8, but now that I think about it, that was a bad bet as well.

The only problem with effectively rebooting the brand back to ‘One’ is what will Microsoft do 2,513 years from now as the Xbox 359 nears the end of its seven year console cycle?

The launch today was an obvious play for the mostly non-gamer user market of the Xbox brand.  A way of showing how US people in particular can benefit from accessing their vidual entertainment in an integrated, almost ADHD type of way.

You can check out all the technicalities of how the Xbox One hangs together here at Graeme Phillipson’s breakdown of the announcement.

From my perspective however this is another example of how companies may present an ideal living room experience that just not fit with the majority of their demographic.  Nothing new there, every company tries to sell us a dream.

Changing inputs on our TV’s is not really the biggest problem with enjoying our entertainment, and I don’t really see the need to have the ability to instantly switch between TV, Music and Game play via the sound of my voice, or a wave of the hand.  It’s a gimmick that may get  used once or twice to try an impress the family and then, despite the improved response speed, get shelved in favour of button pressing.

Fantasy stats on the same screen showing the sport is a nice touch, but one I doubt will break out of a US centric mould, I cannot imagine Australian Rules Football fantasy stats appearing snapped to my TV via Xbox One anytime soon. 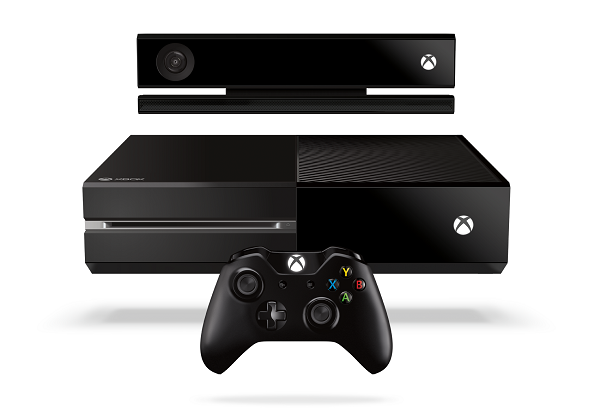 On that, it took over a year of development before the original Xbox Kinect was officially able to be voice controlled in Australia.  Hopefully, given the work already done, this integration will not take this long for the Xbox One.  Given the One has a Kinect as an integral part of the setup, this will be an important part of the delivery.

I understand that games were not the focus of this event; it was a US Centric view of what other entertainment streams will be delivered to Xbox One owners as they connect to the cloud and enjoy Netflix, Hulu, live TV with a built in guide including trending analysis to help our friends in North America decide on their entertainment needs. Not much use to us in the 'there be dragons' lands of "international".  We will need to wait and see what services, if any, will accompany the Xbox One's release.

At least we have had it confirmed that the One does not need to be always connected to the Internet to perform, it is just highly advised to do so, as this is integral to the design.

Gamers will have a similar issue to that encountered going from the original Xbox to the Xbox 360, no backwards compatibility.  This means, until we hear more beyond Forza Motorsport 5, the EA sports franchises FIFA, Madden, NBA and UFC, gamers will be somewhat upset.

Forza 5 looks wonderful, but then again it always did, and there is so much current content with Forza 4 there is no obvious compelling reason to make the leap.  Perhaps Quantum Break promising a blurring of game and TV show might be enough to make the move to Xbox One but we will need to know more.

Call of Duty: Ghosts looks as though Activision and Infinity Ward are trying to take a chance on doing something different from what has become the interactive version of a Steven Segal movie series. But apart from those reveals we are waiting until E3 to see if our gaming gene will be sated by the new Xbox.   Microsoft are promising eight new exclusive IP’s for the One, I am not slapping down any dollars until I see those.

The Halo TV series with Stephen Spielberg on board is interesting, but most likely I will be able to access those episodes via any medium.

Microsoft at least launched their new console, with an actual console to show – unlike the yet to be seen PS4.  Microsoft has also promised to further integrate the lessons learned over the course of the Xbox 360 life span, incorporating a new improved Kinect, SmartGlass technology and, finally, a BluRay drive.  But, most of the Xbox fanboi club, me included, will be waiting for what the One can deliver on the games front before getting from underwhelmed to at least whelmed.

More in this category: « Preview: The Last Of Us – Clickers in the shed PS4 wins E3 and beyond »
Share News tips for the iTWire Journalists? Your tip will be anonymous