World of Warships fires up 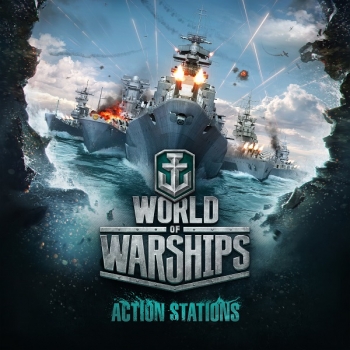 We saw the real thing recently as Russian warships steamed towards Australia to protect president Putin from the horrific peril he was chancing in Brisbane at the G20 Summit.  It was equally as much fun to get a glimpse at how World of Tanks developer Wargaming.net is progressing with its next foray World of Warships.

It has been a busy year for Wargaming.  This time last year, it was World of Tanks on PC with millions of players blitzkrieging each other.

Fast forward and World of Tanks is now on the Xbox 360 and has a Blitz version  running on 8 million iOS devices with Android to follow shortly, World of Warplanes is swooping around areas of the globe and now the masses need to get ready for war at sea with World of Warships.

Sitting down with Wargaming Head of Tech; Sergey Vorobyev we had a chance to get some hands on time with the upcoming World of Warships. 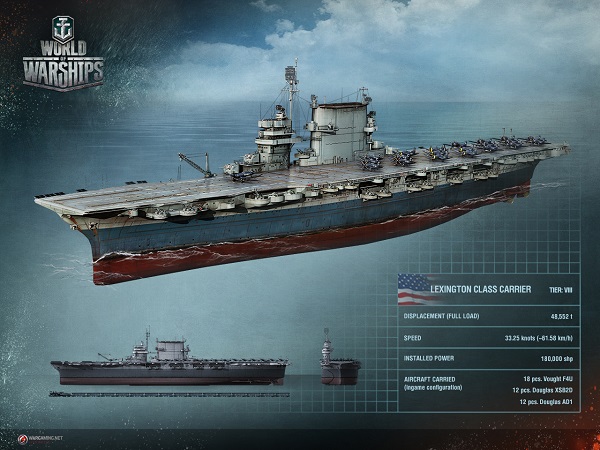 There is a lot here that will be familiar to WoT fans, particularly from the look and somewhat in the feel of the game as each player takes the role of controlling a massive warship.

“[We] don’t want to make tanks on the water” Laughs Vorobyev.

And it is pretty clear that they haven’t.  The nuts and bolts of what Wargaming is creating for World of Warships is as follows.

Cruisers gain armour and firepower over Destroyers as well as torpedoes, and some have a spotter-plane catapult.

Battleships lose agility and speed again, but gain more of everything else, be it defensive or offensive.

We did not get our eyes on the fourth class, that being Aircraft Carriers, however the description reads: Aircraft carriers — A multi-role ship that brings a RTS-style gameplay to the fight. Loaded with four styles of aircraft (Dive Bombers, Torpedo Bombers, Scouts and Fighters) and the ability to command multiple squadrons, carriers can shape the fight from the skies.

It looks as if the Aircraft Carrier player will take a commander style role.  Staying out of, but directing the action of their own fleet from a hopefully safe vantage point. 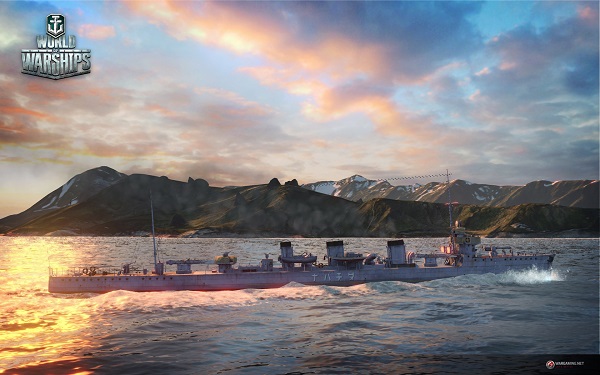 It’s not so much the spray of salt water that differentiates Warships world from that of tanks, it is things such as the fact you never stop.  No going hull-down in a battleship, the battle errrm….. pond of World of Warships is constantly in motion.

Vorobyev is able to maintain the functions of his Battleship as he churns through the waves, picking out enemy ships and planes with the large calibre turrets.  “You need to lead your targets” Vorobyev demonstrates.  The perpetual motion of both friendly and enemy ships, and the relatively large distances between combatants dictates this approach.  Each of the ships systems work like most MMO ability cool-down timers as guns get loaded for example.

The game will feature an upgrade system including increased ship “stats”, smoke screens and more.

The team at Wargaming have great plans, Weather at the moment is dictated on entry to the game, the plan however is to make this dynamic within a session.  There are also plans to incorporate airports within a map – with enemy and friendly squadrons of torpedo attack planes, or reconnaissance aircraft.

There are no plans to incorporate submarines as a game element, furthermore, for game balance there are currently no plans to have historical battles fought out as specific maps or scenarios in the game.  The battle of Midway, was just too epic, even for the folks at Wargaming.net where “epic” is their middle name.

World of Warships is planned for release during 2015 and will be free to play.

More in this category: « Hands On / Interview – Dragon Age Inquisition Hands On: Battlefield Hardline multiplayer »
Share News tips for the iTWire Journalists? Your tip will be anonymous