TownCraft – Thrown in the crafting deep end on iPad 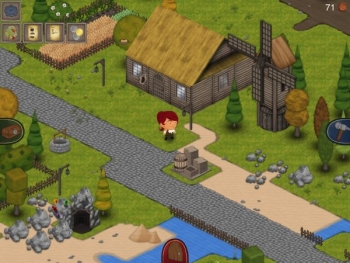 Is it ambitious of developers to expect folks would enjoy a deeper gaming experience on the go?  The team at Flat Earth Games felt that the landscape was changing and created the challenging, yet engaging, TownCraft.

The inspiration is pretty much in the games title. TownCraft, like the similarly titled indie trailblazer Mine Craft, is all about building things.  There are, however, many differentiators, and there are no fantastical elements such as Zombies or Nether Portals, meaning, on the surface, as a video game the fact that Town Craft deals with more real-world building blocks could be taken as mundane.

But once your little avatar is parading around the map, chopping down trees, mining resources, collecting and harvesting crops, it all becomes unusually absorbing.

Loading screen hints have never been so important.  TownCraft has a tutorial to get you started and a quest system to give you goals that will help build your town from a hovel to shanty and beyond.  But this is a learning experience.  Just what do you need to make that required barrel?  Obviously something must be done with that Iron Ore, but what?  What should I grow to trade with those that pass by?  Finding the answers to these dilemmas is equal parts satisfaction, frustration and hind-sight chastisement.

We sat down with brothers Rohan and Leigh Harris who form the core of Flat Earth Game’s design team.  We needed answers to fill in the gaps that surround this intriguing title.  We began by questioning the duo’s sanity.  Attempting something as 'dense' (I mean that in the nice way) for a platform predominately famous for five-minute chunk gaming, what were they thinking? 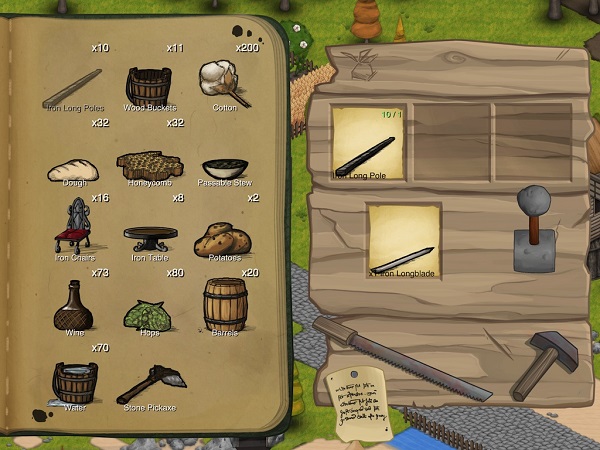 Rohan: Well, uh... precisely that! I love my friggin' iPad. More precisely, I love gaming on it. I just wish there were more games for strategy/management fans like me. So the idea of doing a game of this sort on a platform I already loved, to help increase that number, if only by one, was something I felt I had to try and do.

Leigh: "I suppose we were hoping that the saturation of those five-minute experiences was starting to grate on people in the same way it was us - and that we could coax people who were used to shorter game experiences into playing something a bit more deep... if we guided them into it."

Rohan: Or the reverse - plenty of people I know seemed to love their iPads too, and loved complex games. So if we could try and get even a few people of a similar mind-set to me to start seeing their iPad as a venue for more of the kind of games they already play on their desktop computers...

iTWire.com: Was it a conscious design decision to throw players in the deep-end?  Do you expect that the Town-Craft community would - as happened with MineCraft - spring to the aid of dolt players such as us?

Leigh: Actually, we originally wanted it to be nothing *but* deep-end. No tutorial, just players being dropped into the world and figuring out everything from scratch.

Rohan: Turns out that's... a little ambitious and naive. So we spent quite a while trying to figure out the right length and breadth for a tutorial that still dropped people in fairly comfortable with the world. We couldn't assume we'd get a resoundingly positive response resulting in a big community and forum/wiki, so we tried to ensure the tutorial and the hints alone would be enough.

iTWire.com: I believe the inspiration for the game came to you via a beam of sunshine punching through the clouds of a stormy day?  Can you flesh that story out for us?

Rohan: Well, yes. Certainly a beam of sunshine, and possible a particularly fine scotch or two. I was actually writing an article at the time on MineCraft being the beginning of a genre - in the same way we used to call first-person shooters "doom clones", I was arguing that "MineCraft clones" would soon become something else - "crafting/sandbox games", I guess? And while mulling over possibilities, the idea of an isometric, crafting/city-builder (for my beloved iPad) began to ferment in my mind - and I desperately wanted to play it.

Leigh: From that came the idea of making it a sort of wolf-in-sheep's-clothing. We wanted to make an appealing and presentable game that had, hidden within it, a complexity and depth people weren't expecting.

Rohan: From there I rang up a friend of mine who had founded his own game studio and gave him the pitch. He loved the idea and wanted to seriously discuss it. So, Leigh and I fleshed it out a bit more and had a meeting with him the next day. We began to nut out just how we'd co-develop it, and it went on from there.

iTWire.com: Your comrades in arms, how did you pull the team together, what IP's did they infringe upon to come up with the game as it stands today?

Leigh: Once we had the other studio (Epiphany Games) on board, the main thing we needed was artists. Since we didn't have any money, we put out a request at some of the local video game schools for artists to work for a share of profits - making it very clear up front that there was no guarantee of money, and that we were pure indie. To our surprise, we got over 20 submissions in the form of concept art based on our brief.

Rohan: The first person we brought on was our character/concept artist, who ended up also being our user-interface designer. Not too long after once the engine development had proceeded, we got another artist in - one recommended by our character artist - to do the daunting job of the environmental art. He did an incredible job, too - when people see all the gorgeous forests and subtly surreal landscapes in the screenshots? Most of that's him.

Leigh: By this point we'd set up a web site, and had a little bit of press. So, our animator and musician actually approached us, and got involved that way.

Rohan: We also got a professional sound designer much later in the process so we could stop using crappy temp-sound and start using carefully designed soundscapes instead.

iTWire.com:  Now that Flat Earth Games is up and running, TownCraft is out on the App Store, what next for the team?

Rohan: Well, we're kinda lucky. The design of TownCraft is incredibly modular. Both in terms of the engine design and that the entire game is a giant sandbox - so we already have a ton of things we either dreamt up but never implemented, or implemented but cut because we didn't have time to play-balance it. So there's a lot we can do with both the engine and the game - and that's before we've even tried to move on to sequels or entirely new games.

Leigh: Other than that, if TownCraft does really well we've got some great ideas for future TownCraft games - failing that, we've developed a solid engine and team to work with to develop other ideas we've had as we build this game.

Rohan: From a technical perspective I'm really excited with what we've done, and I can't wait to try and leverage the engine we've built to do entirely different type of games in the future - wild ideas from real-time strategy games to more niche management games... but I may be getting ahead of us a bit. If nothing else, we have a lot of cool ideas (some already in testing) to expand on TownCraft in fun ways. 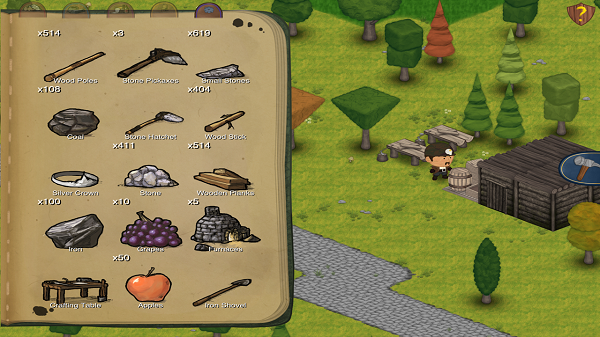 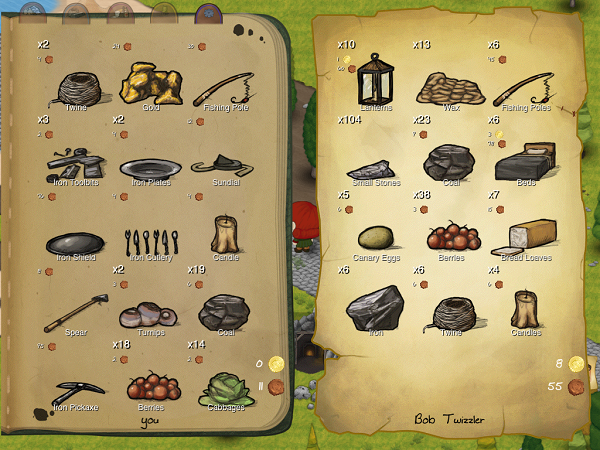 More in this category: « Rayman Legends first impressions Preview: Need For Speed Rivals »
Share News tips for the iTWire Journalists? Your tip will be anonymous