PS4 wins E3 and beyond 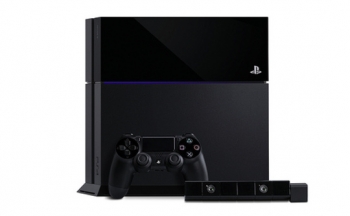 Brace yourself for a new era of Sony branded game console supremacy.  Many will turn their backs on console gaming with a resurgence expected for the PC, however console gaming will remain a lucrative business, and Sony will be the recipient of the lions share

It’s faster( sort of – the tech specs between the Xbox One and PS4 are virtually identical), cheaper, has less restrictions and embraces a wider gaming community than its major rival, why wouldn’t the PlayStation 4 dominate the next generation of console gaming?

As reported by our man on the scene at E3 in the US, iTWire’s David Swan, the Microsoft camp has had to come out defending the forest of question marks raised at the launch of the Xbox One.  Will the revamped always on Kinect be watching my every move?  Will it be used to determine how many people are in the room watching content, for licensing reasons?  What about games, do we really care that much about TV?  What is really happening with used games?  Why do I always need to be connected to the internet? And so on.

Microsoft used their time at E3 to answer many of these, and launch a strong stable of game titles for the Xbox One, Halo Xbox One, Forza 5, Quantum Break and Ryse: Son of Rome look like a bunch of exclusive Xbox One fun.

Even the price (AU600.00) was not too unexpected given the bundle of console technology that arrives with the Xbox One.  But the restricting nature of requiring internet connectivity every 24 hours, and having restrictions of which user account can access a new game – even though the alarm on this has been somewhat quelled by Microsoft, and has been in place on PC game services such as Steam for years now – and how a used/borrowed game will work has caused consternation amongst the Xbox loyal community.

Microsoft seems to be edging down a similar road to that travelled during the development of Windows.  A level of adding in bells and whistles nobody really wants (controlling your media with hand gestures or voice) and putting in restrictive mechanisms that force consumers to comply with a certain way of doing things.  It caused people to migrate from Windows and Microsoft to spend time in European court rooms.

That won’t happen here, but it will cause the fickle gamer to cast a wandering eye, and they won’t have far to travel in an ocular sense.

Sony will be high-fiving each other in the executive lounge right now.  On paper they have trumped just about every bullet point presented by their rivals.  Nintendo has been reduced to a quiet white-noise in the background as the Wii-U struggles to find new titles and an audience outside the core fans and Microsoft has ruffled some feathers with the One.

The Xbox One is not a bad console, and ensuring each One has a Kinect and broadband network does indeed open up possibilities for developers.  Development of persistent online worlds and other games that take advantage of the Kinect camera, voice recognition and movement detection are indeed all exciting.  However, the primary push of most developers will be to sell as many games as possible, so cross platform titles, particularly now the development technology is almost similar will be the norm this generation.  Stacked up against the (very similar looking) PlayStation 4, it is hard to argue for the Xbox One, with the caveat being that Sony need to deliver on their promises, and there may well be a system selling must have exclusive game emerge for the Xbox One.

The PS4 wins in pricing and openness, as well as Sony’s willingness to engage gaming in a broader sense, embracing the indi scene and providing sensible world focussed choices when it comes to online services.

Now If only the Dual Shock 4 controller had been redesigned with comfort, rather than function in mind, and we could trust Sony to deliver a PlayStation Network that performs (worldwide) at a level similar to the superior Xbox Live offering and they are home and hosed.  We will find out this coming November.

More in this category: « Xbox One: US Centric thumbs down Game Preview: Mad Max »
Share News tips for the iTWire Journalists? Your tip will be anonymous