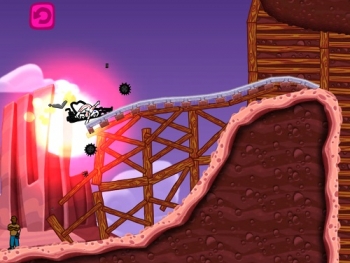 Trying to harness that magic formula of simple easy to learn mechanics, attractive theme and addictive gameplay is the secret to success on the iOS, or, for that matter any mobile platform.  Latest folks attempting to nail that brew is the local team from Three-Phase Interactive with the physics based Stunt Star.

Born from the ashes of Blue Tongue Entertainment, Three Phase Interactive is turning its attention to mobile development

“Development costs of console games have increased in order to achieve the quality players demand.” Says Paul Baker, one of the studio founders “This is part of the usual console generation cycle, but amplified by the huge amount of content and technology required these days. This combined with the economic downturn has affected developers globally, but the strong Australian dollar has made this situation worse locally.”

“The good news is,” continues Baker “while that has been going on, the mobile and social game industry has been expanding. Local development studios like Firemint, Iron Monkey [Now combined into FireMonkeys] and Halfbrick have shown newly unemployed devs that developing smaller scope games for mobile and social platforms can be fun and profitable. These sort of games are attractive to work on due to their broad potential audience, their shorter development times and the variety of tasks individual developers work on. A big console game will take hundreds of developers three or more years to make. A mobile game might take three developers a year or less.” 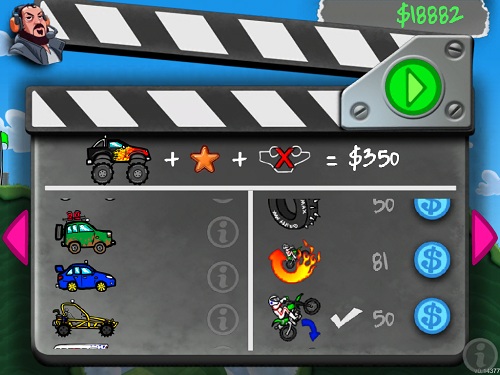 With Stunt Star: the Hollywood Years the team shared a mutual love of cars and motorcycles and wanted players to relive the life of a Hollywood stuntman as it flashes before his eyes. Crash, explode, catch on fire, crash and crash again before finally you succeed... then it’s on to the next stunt until at last you come to his final leap. Failure is just as glorious as success as you flip, fly, crash and succeed.

“When developing the idea for our debut game, we decided to start thinking about games that can make use of smart phone unique features and how users play mobile games. Stunt Star makes use of the touch interface to draw the jump ramp and bite-sized gameplay that can be enjoyed on the go or on the couch. It’s fast, fun and addictive!” says Baker. 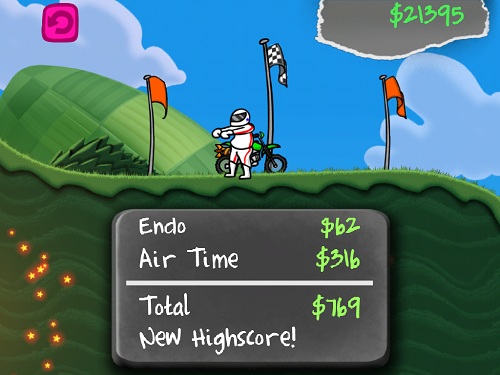 Certainly the game is well suited to the platform.  The preview code we tried out showcases the many of the 72 promised levels when the game debut’s later this year.  Essentially the goal is to guide our hapless, Stig-like character across a 2D landscape to the chequered flag.

The aim is to do this in spectacular fashion on a film lot that also requires you to hit-your-mark and not go too far past the flag.  The game gives bonus points for using a specific vehicle (there are eleven to choose from, including everything from stunt bikes to a Partridge Family bus) to nail a Star positioned somewhere on the level.

Other than that the goals are simple as appropriate to the platform.  Using on screen accelerator, break and possibly an ‘initiate upgrade’ (currently the game has 15) button.

There is plenty of learning curve associated with getting our helmeted daredevil to the finish line.  Expect plenty of retakes to occur as you fine tune the jump positions as well as vehicle configuration to fine the right mix to suit the level.  Then you need to make it happen with break and accelerator.

All up, with a bit of refinement Three Phase Interactive have got the mix right; the graphics are clean and crisp in their cartoony way, with a level of detail that smacks of polish.  This debut from Three Phase deserves to hit the big time, but as we know quality does not always bubble to the top of the App Store. 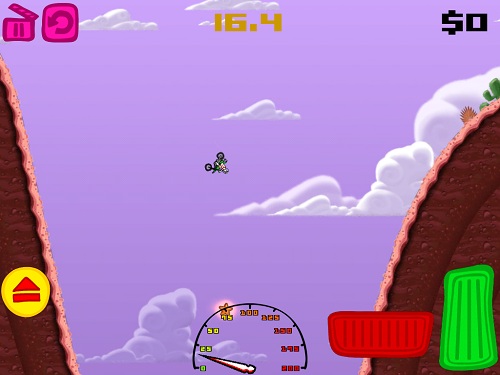 Never the less, Paul Baker remains confident the new team can thrive in this new era of video game development:  “I think one of the lessons we've learnt from the changes over the last few years in the Australian game development industry is that it pays to be agile and move to where the players are. I think we'll continue to work on projects that rely on the strengths of the team and keep the player experience (and therefore gameplay) as our focus.”

Stunt Star: The Hollywood Years is due out for iOS devices (iPad, iPhone and iPod Touch) in quarter four of this year. 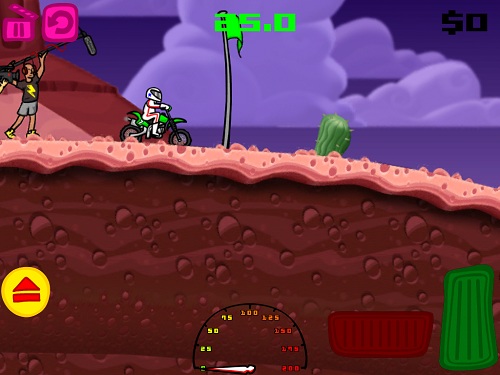 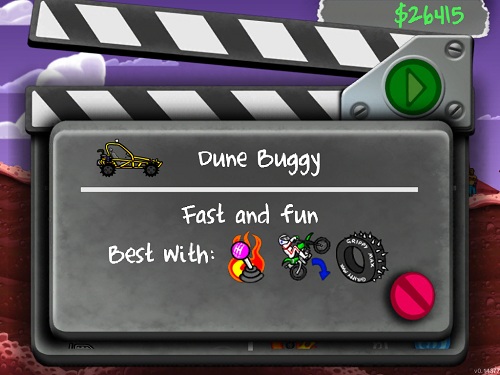 More in this category: « Welcome to Shakers & Breakers Interview: Jonathan Barouch CEO Roamz - cool tech is rudimentary »
Share News tips for the iTWire Journalists? Your tip will be anonymous