2010 was not a fantastic year for manufactures trying to sell you a wiz-bang 3D TV.  It seems many just have not cottoned on to the extra dimension of entertainment offered by paying out large amounts of money to wear embarrassing eye-wear and watch a handful of 3D content.  With its new range, LG is hoping to tackle at least two of these concerns by introducing 2D - 3D content upgrading and throwing away the fancy glasses.


With some hands on time, LG recently stepped iTWire through some of the features of the new range of Cinema 3D enabled Smart TV's.  And they are quite a departure from the 2010 series.

On show for this demo was the top of the LG line LW6500, which according to LG ''¦boasts superb picture quality in 2D and 3D along with all the advantages of LG's Smart TV technology. Via a simple Home Dashboard, LG's Smart TV provides access to LG Apps and a range of premium content via top global providers as well as popular locally sourced shows. Smart Share makes it easy to share content between the TV and digital devices, and TruMotion 200Hz ensures super-fast screen processing for a silky smooth picture.' 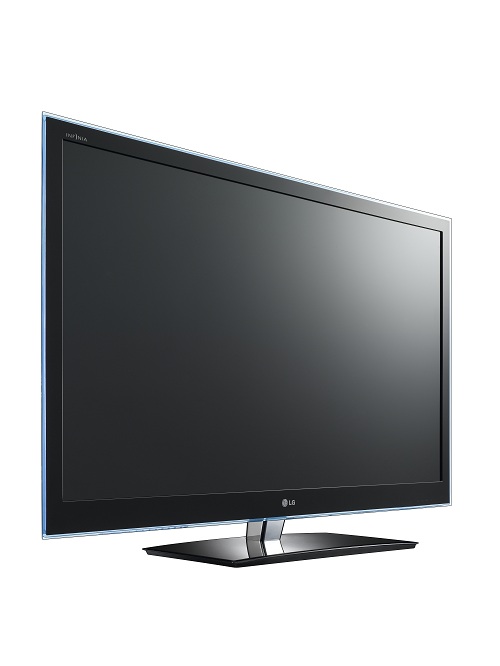 Whilst LG has made huge inroads in dashboard design - more on that later, the real changes between 2010 and 2011 3D TV's are in the glasses technology and 3D content.

LG is attempting to cover these bases because, as Tim Barnes, Senior Marketing Manager at LG Australia puts it; '[last year] 3D TV under delivered on expectations, it was very flat'.


The dropping of Active Shutter powered 3D glasses is the biggest change.  Each LG TV package now includes four 16 gram Cinema style 3D glasses, replaceable at AU$20 each and not requiring recharging, this nails the 'buying a 3D TV for the family' issue where some powered 3D glasses can cost up to AU$200, greatly increasing the spend on an already expensive TV.

The glasses are light, though I never really had a problem with the original set.  For comparison, LG kindly supplied a 2010 model 3D TV with active shutter glasses.  I didn't notice the weight, but certainly the difference between glasses on and glasses off when it comes to picture brightness was evident between models.  The 2011 LW6500 (AU$4,999) is noticeably brighter(using a tech LG are calling 3D Light Boost) and perhaps almost too shiny when viewing the 3D show reel.

Stepping away from active shutter tech has allowed LG to widen the viewing angle of the TV, allowing you to lie on the couch and still enjoy 3D vision also (albeit with the glasses sticking into your temple).

Certainly, a wider viewing angle is also preferable in a family situation, the trade-off being significant blurring of the picture when viewed from above or below the screen.  The reality is, that this flat screen, positioned on or close to a wall will never require a viewer to be positioned at such an angle, so the trade-off is a good thing.

LG has tried to tackle the 3D content issue as well by souping up this year's TV range with a 2D to 3D on-the-fly conversion processor.  Take any 2D content - apart from, at the moment, web streaming - press the 3D button on the remote, and the TV takes care of the rest.  Suddenly all those DVD's in your library, live television broadcasts or files on your media centre spring into a pretty good 3D rendition. 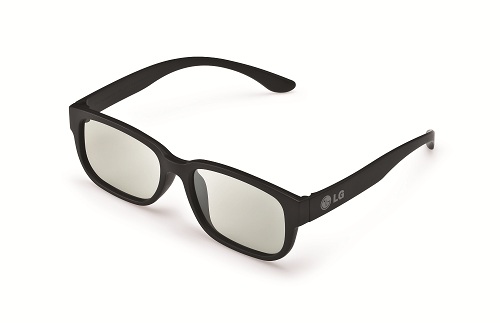 It is true, it is not as good as actual 3D shot footage, with a more layered approach rather than any true depth of field.  But as a gimmick it is one that could be worth a shot from time to time; check out your favourite movie again from a different angle, or bring an AFL game to life in a different manner.

Speaking of AFL, Australian rules football, along with NRL rugby is one of the catch-up services provided through LG's Smart TV range.  Here is what LG say about its new partnering deals: Offering a variety of interactive contents, including both global and local applications, LG has focused on optimizing its content for Australians. Apps that will soon be available include well known Australian content providers - Yahoo!7, Fox Sports, BigPond Live TV, GoConnect and more.

LG's Smart TV offer Australians a simple way to control the content of their choice - from access to movies, customisable apps, and videos, to the best of the net. LG's Smart TV organises it all in an easy-to-use interface. LG's unique motion-controlled Magic Motion Remote, where you simply point, click and control your LG Smart TV.

While many remote controls are cluttered with a multitude of buttons, LG has stripped the remote down to the absolute basics. LG's Magic Motion Remote Control lets viewers simply point and click - no need to take their eyes off the screen when choosing and activating their preferred content.

LG has partnered with Yahoo!7, Fox Sports, BigPond Live TV, GoConnect and others to entertain Australians with premium content, soon to be available at the touch of a button with LG's Smart TV range.

At the LG hands-on event, the Magic Motion Remote Control made an appearance, much like a Wii motion controller, it is all about pointing at the screen and selecting an icon from the revamped LG  Smart TV interface.
LG has made great strides in improving this interface over previous offerings, and though the Magic Motion Remote went a little haywire at the demo, with calibration of the aiming way off, the system is simple enough to pass any spouse test.

Currently there are close to 500 apps available on the LG Smart TV store, all free to install at the moment.  In August LG are promising premium content with ''¦access to content, thousands of movies, customisable apps, videos and the best of the web all organised in a simple to use interface.'

Barnes was quick to point out that LG is not a software company, and this whole 'App store is new for us'.  Supporting open source, HTML5 and FLASH 10, LG is promising a less stringent way for developers to get their work up on the store.  It will however, need to comply with quality standards, as well as a 'G' rating, but 'everyone is welcome to produce apps for our store' Barnes said.  More info on this will follow in July.

LG has obviously been listening during 2010.  This year they will provide connections between smart phones, enabling content to be directed via the web to the TV, with hints of a LG 3D enabled phone in the works.

Consumers will finally be able to hook up (wirelessly) a keyboard to their TV's and also move much of their home entertainment equipment away from where the screen is actually placed.

The Smart Home Theatre box (AU$999) was also on show, playing 3D Blu-ray discs and recording to an internal 250GB HDD.  It did not preview that well however with a lot of disc skipping, most likely due to rough handling of the 3D demo disc.

It will be interesting to see how something such as the Smart TV Upgrader kit will sell.  LG has certainly priced the device quite well, but whether there is the interest in bringing apps such as Facebook, Twitter and Skype to the living room screen is still up in the air.