Interview: Trent Kusters – Armello: a game we wanted to play 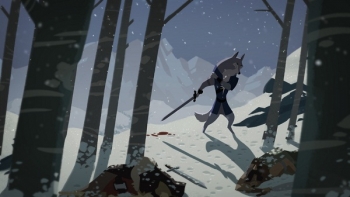 By day Trent Kusters toils away at the video game studio Divisive Media, but during his spare time he becomes the director of the a game collective known as League of Geeks.  This group of fifteen highly experienced game developers are close to completing their ‘passion project’, a digital card and board-game hybrid Armello, a game designed simply as one the League of Geeks would want to play.  No upfront money how can it be done?

Trent Kusters is a busy, dedicated man, despite his collective League of Geeks getting to the business end of their ‘out-of-hours’ project Armello, the bills still need to be paid, and the day job work is also nearing the pointy end of the project plan. “On my day job we went Beta last week, so it has been mayhem” says Kusters.

However, it is Armello that Kusters is here to speak about, and it is obvious that it is with gusto he wishes to orate on, “It’s our passion project, for everyone involved.” Says Kusters “Almost all of us have day jobs, in studios, animation studios, some are working at film, or special effect studios, freelance song composers while others are in game studios like Ty [Carey] and I are at a company called Divisive Media.  We’re making games during the day, and we just wanted to make an awesome game and do the biggest, craziest game we could without having to bet the wife and kids on it. “ 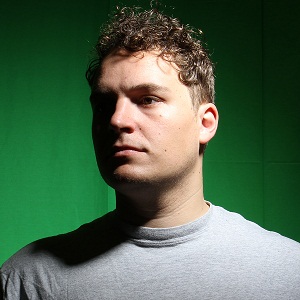 “We don’t have, like, we have forty eight bucks in the bank, and I had this crazy idea, so, we don’t have hundreds of thousands of dollars to shell out so, we are pulling on every resource we can, whether it’s community support or online tools or people working in lieu of actual payment, we’re using every trick in the book to minimise any type of overhead to ensure we can do everything possible to make this game amazing.”

The LOG is aware that cash (or the modern equivalent ) is still required to get a project into the market place in a serious way, Kusters and his crew were able to land some support from Film Victoria:  “Yeah!, yep, we did,” says Kusters “and that is one of the things, any sort of resource we could pull on.  We knew we could do the game without funding, so all the funding is for external to actual development of the game.  So for example the funding from Film Vic we got $30K for marketing, so that covers our marketing hard costs, paying for things like paying for ads or App of the Day, even promotional material for conferences.”

Armello is indeed blessed with a wonderful teaser trailer, but what about the game itself?  The stated aim was to realise a board/card game hybrid digitally for the tablet market.  A game with high production values, but it its more about the game-play, the team is attempting to bring all their favourite gaming elements into one awesome product.

“We spent about eight months prototyping it on paper first, but the ironic thing about that is that we have the skills to prototype it on a tablet straight away, but we really wanted to take it back a bit and get our hands dirty and do some paper prototyping.  Prototyping on paper for a digital game we have things that [we need to adjust].  We had to GM’s (Games Masters) for each prototyping session, they were basically the tablet, or the computer player so to speak, moving NPC’s (Non-Player Characters) around the board, doing calculations, and stuff like that.”

“We went through about ten different versions of prototyping, and ten versions later we ended up with a game that is absolutely magical.  We just had this crazy session one night, it was intense, and we did a couple of refinements and it happened again, it was even better and that just kept happening and happening until version 10.6, six little tweaks to the major version we said this is it, it is time to start get people on board, documenting it and try and get it into Unity.”

So it’s a pen and paper style RPG?

“No, it’s definitely a board game,” stresses Kusters “ you are one of the four animal clans, a hero, and you quest around the board to become as powerful as you can, so you can take the throne of Armello before the other animals can.  There are card elements as well, so you have constantly got a hand of cards, you can play cards to the board and on other players.”

Fifteen self-labelled geeks must have a broad tableau of pop-culture to draw Inspiration from: “It’s funny, our inspiration comes from a lot of everything.” Says Kusters “We just wanted to make the game we wanted to play.  So we’ve got little bits of Talisman in there, little bits of Settlers of Catan, inspired in the card playing aspects by, even things like Shadow Era on the iPad, Magic the Gathering of course, and I even played Pokémon trading cards when I was younger, but then got this beautiful custom dice system that runs all the combat system in the game, so you are rolling dice as well, it’s this really cool mix.”

“We started off and we had military units moving around the board, but it really only felt magical and personal when we had heroes, so we really have this sense of adventure and small RPG elements in there.  It’s basically about adventuring around the board, this hero’s journey to take on this epic quest and save Armello.” Says Kusters.

It sounds like a fine plan but given the stereotypical profile for mobile platform gaming, usually in five minute grabs, will it suit that kind of platform?

“Yes it does, it’s not like you are sitting down for hours at a time and playing it.  Even board games that have been ported, if you play a game of Risk the board game it can be two to three hours long, but if you play a game of Risk on the iPad, you can finish it up in ten minutes, so we are expecting the game-play in a game of Armello to be anywhere between ten and twenty five, thirty minutes.  You sit down, play a game online against other players, play a single session, put it down or sit down and play six games in a row.”

Kusters believes the five minute gaming grab stereotype for mobile gaming is changing: “With the 3D visuals and the character animation and the beautiful music and amazing illustrations that we have got in our UI (User Interface) and our card art we are really trying to create a game that people will want to sit down, on the couch, and put twenty minutes into a game.”

“At the moment we are just saying ‘Tablets’, we would love to put it on everything.  The thing with our model we can do incredibly extensive games for a fraction of the cost, we can get the most talented people in the world to work on it and everything, but because it’s a passion project, time is our biggest concern.  It takes a long time to do stuff.”

“One of the reasons why we started League of Geeks is that being in a studio, quite often you are just ‘bitches’ to the publishers and that whole studio model, you can’t do anything, you can’t make decisions, creativity is always sacrificed, and this is our game, we have worked on this for over a year, it’s our world, our universe that we have built ourselves, just because someone wants it out soon we are not going to do that.  I really respect studios that delay games by an extra six months because they want the game-play to be as good as can.  So we are just focusing on being the best game we can without committing to anything stupid we might not be able to meet.”

The longer they wait the more the culture of elongated game-play will eek into the tablet playing community, so a game such as Armello will be more accepted in a somewhat transformed playing landscape.

“There are so many unique features in this game that we seriously believe even if we had to wait two years to launch this game -which we don’t – we believe, even if a couple of those features got knocked off the list, we would still have something really special that would blow people away.”

More in this category: « Game Preview: Need For Speed: Most Wanted Hands On: SimCity – now with multicity influences »
Share News tips for the iTWire Journalists? Your tip will be anonymous