Resistance 3, the exclusive PS3 shooter fights its way onto store shelves today.  Here at RadioactiveIT we have spent some time in the trenches of a game franchise that is competent in the mechanics, but struggles to find its own identity in a world where Half Life, Crysis, Killzone and other similar games exist.  Speaking to Jon Paquette, the writer on Resistance 3 gave a few hints on how Resistance 3 is not futile.

Jon Paquette is in Australia for the first time, enjoying the contrasts of down under lifestyle from the urban modern city of Sydney to the red dust of Alice Springs.

Similarly Paquette has made the transition from twelve years in the Electronic Arts mammoth infrastructure of game development to start work at Insomniac at the beginning of Resistance 3 development.

'What I like about Insomniac is that it is a much more intimate experience and the comradely and collaboration with the team is just the best I have had so far in my career' says Paquette.

Resistance 3 picks up from the end of the second game where the main protagonist, Nathan Hale, is seemingly dead, and his executioner, Joe Capelli instead becomes the games focus.  Story wise this time around the game is concentrating more on its name, bringing a rise-up of everyday folk thrown into a warzone style rather than the more military slant of its predecessors. 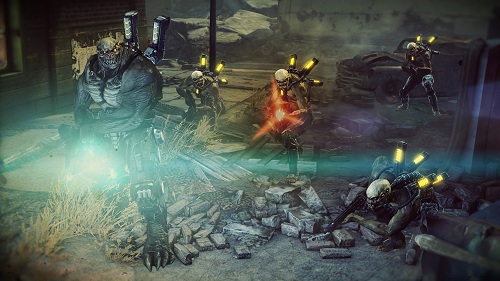 'One of the main challenges for me was getting familiar with the franchise,' says Paquette 'because there is so much story, there was a novel that came out, comics, and three games including the PSP Resistance Retribution.'

'Deciding which story threads NOT to use in Resistance 3, because you can't cram it all into the game, there is so much to choose from in that canon.'

So how does Paquette derive inspiration to synthesise a tight game story from so much material?

'You have to keep the franchise fresh, it is imperative that you think up new ideas.  For Resistance 3 we wanted to step away from the military vibe and send the story in a different direction.  Regular people trying to survive against the Chimera [The alien invaders].' Says Paquette.

'We had a couple of things we were inspired by, if you are familiar with Cormac McCarthy's book The Road, that was a big inspiration for me, it was the story of a journey, and a strong emotional bond between a father and a son going on this journey and facing all the perils along the way, that had a big effect on me personally, so I tried to get some of that emotion into Resistance 3'

Almost in contrast to the other big PS3 exclusive this year, Infamous 2 where a journey is tracked from New York during the course of the single player game, Resistance 3 follows a quest to get to New York and destroy a potential world devastating plot by the alien Chimera. 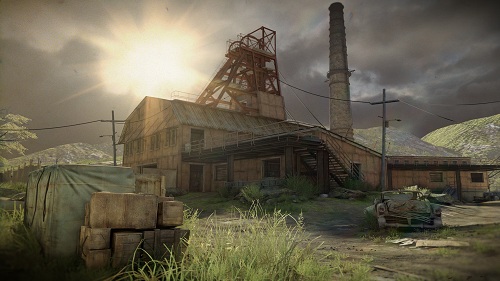 The game makes great use of a variety of weapons, including the possibly overpowered Auger with the ability to shoot through walls at highlighted enemies.  This will make multiplayer games very interesting, to see if Insomniac had managed to balance the weapon choice with map layout and player levels.

Many games today, particularly in the First Person Shooter genre see a significant percentage of their audience not even look at the single player campaign.  Many purchases jump straight into the multiplayer battlefields on offer.  How does this affect somebody like Paquette who pours so much effort into the story driven game-play of the campaign?

'I think there is room for both still.  One of the things of games is that when people buy a game they're expecting a lot of options in the package, so with big games like Resistance 3 we wanted to make sure we gave them all that they expect including great multiplayer.' says Paquette toeing the company line.

Paquette continues however, ''¦ but as the writer I wanted to make sure the multiplayer wasn't just a tacked on kind of feature.  So what I did was make sure that while the story of the campaign takes place in the United States, the multiplayer maps take place around the world and I wanted to tie those together as much as I could, so in the single player while you are journeying from Oklahoma to New York you will hear these radio broadcasts from people around the world, these battles they are having with the Chimera, be it in Alice Springs, The Republic of Chad or BogotÃ¡ Columbia.  When you hear those you will understand the conflict there, but if you then switch over to multiplayer you will be able to go to BogotÃ¡ or Alice Springs and play what is happening in that local community.'

'There are radio broadcasts there as well, so for example if you are in Alice Springs you may hear a broadcast saying if you want some medicine go to this house basement in a certain street, and you will hear radio broadcasts in the specific language of the location you are in.' 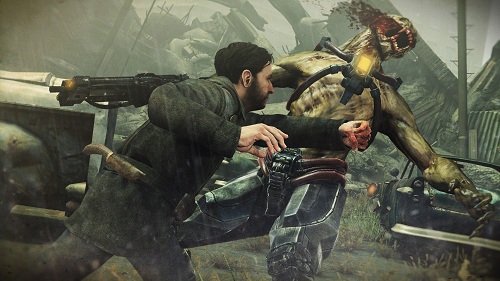 Is this the final Resistance game from Insomniac?

Insomniac have no current plans for a Resistance 4; 'But,' says Paquette ' my goal was to create an ending that ended the trilogy with a satisfying ending, but also leaves the door open for more games because, as a franchise, Resistance has a lot of legs, there are a lot of stories that can be told in that universe, hopefully at the end you will see that whilst there is a satisfying ending to the Joseph Capelli story , there is more room for stories to come.'

More in this category: « PlayStation Vita developer: like a PS3 in your pocket PS3 gets another price cut, PS4 on the horizon? »
Share News tips for the iTWire Journalists? Your tip will be anonymous