Radioactive IT spent a relaxing five minutes sipping cocktails and enjoying the sights and smells of a luxury beach side holiday resort before being thrust into the horrors of paradise lost as the zombie apocalypse descended upon our vacation time.

Developer Techland has some explaining to do; we came here for a relaxing holiday after all. Just some time in the sun, reading books, perving on the other holidayers and sipping cocktails.  In reality, all we got were the cocktails (the Melbourne Mana Bar being the host venue for a preview of Dead Island).

The tech demo showcased the first hour of game play giving us some hands on close up visceral action in a small part of the Royal Palms island resort, now overrun with uindead beach goers.

The game was going to struggle to live up to the awesome emotional trailer released earlier in the year.  The instrumental backed short film of a young family battling against a hoard of undead, tugs at the heart strings exacerbating the desire to play the associated game.

So it was with built up anticipation our character regains consciousness after an unexplained outbreak of zombieitus.  Seems I am one of four playable characters, each with their own combat specialities, despite being an everyday holiday- maker only moments before hand.

After some panicked scrambling through the hotel pursued by surprisingly fleet of foot ex-humans, we work our way to a safe room and a small outpost of survivors.  Dead Island takes some leads from many games before it, above and beyond the stench of death, there is a waft of Dead Rising with its home-made weaponry, Left For Dead with the four player co-op and first person perspective, and even Bethesda's games such as Fallout 3 with the way NPC's interact with the player. 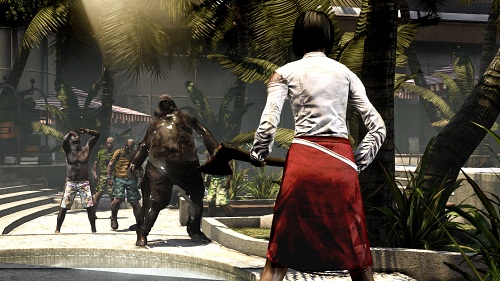 At the safe home we can accept missions, to venture out and clear an area of zombies, attempt to fix a radio transmitter and so forth, those common everyday tasks a former sun-bather must take on post zombie apocalypse. 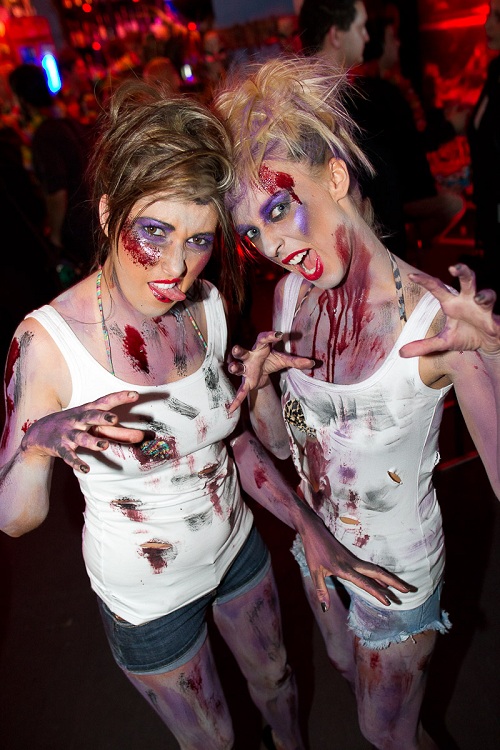 As we venture around the island, seemingly previous corpses drag themselves to their feet (Dead Space style, except with less speed) and begin to rush towards our obvious lifeyness.  Unfortunately there are no George A Romero inspired cries of 'BRAAAAAIINS' , and in fact, if we are quick enough, some zombies can be pounded back into lifelessness by our well wielded iron pole before they get to their knees.  Geees, I hope that Bikini clad girl was indeed a undead enemy, and not a recovering survivor, oh well.

The control system takes a little to get used to, with weapons being mapped to the front bumper buttons for both right and left hand, though only one is wielded at a time.  Management of the various sticks and paddles is a constant worry as each improvised death-dealing device will degrade over time.

Whilst there are plenty of other implements to replace those smashed earlier, we occasionally had trouble positioning the camera in order to trigger the 'action button'; this is not much fun in a zombie hoard crises moment.

Connecting against the rotting head of an attacker is satisfying, and the combat is certainly up-close and personal in Dead Island, occasionally we had to hit the quick-time sequence of buttons to throw off a zombie that was in our face.  Much blood flows during the battles, and some of the zombies can take quite a beating before going down for good. 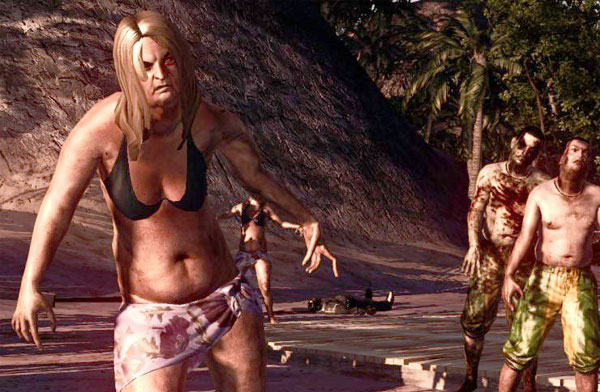 There was one boss-type battle we were exposed to in the first hour of play, adding a layer of strategy to the combat, but other than that, fun times with blunt melee weapons, and then discovering a drivable vehicle (perfect for mowing down dazed undead pedestrians) meant pretty straight forward combat experience.

There is an RPG layer that we manage to touch upon.  Mere hours earlier we were fattening up with a lazy all-you-can-eat free buffet, now we were investing points into zombie-blasting abilities depending on our new-found combat preferences. 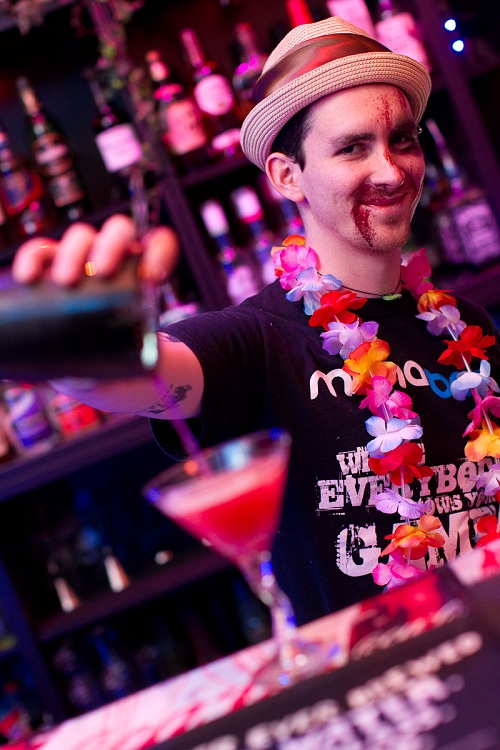 Leveling up skills is straight forward, depending on the toughness of each zombie killed, or each mission achieved XP is awarded.  Spend the XP on abilities from three distinct skill trees and your rise from sloth vacationer, to super undead smasher has begun.

Our time with Dead Island was fast drawing to a close.  Certainly the open world nature of the game lends itself well to the theme, blindly blundering around the island will 'awaken' new zombies wherever you tread.  Not good if your plan is to escape and recuperate some regenerative health (sprinting does not work when you are low on health - handy tip that).

Some missions lead to new safe areas, and subsequently a whole mother-load of new missions.  Some missions had glitches with triggering success criteria, and the mapping system is not completely helpful to sorting these issues out, hopefully the release code will plug some of these problems.

Techland has done a nice job of injecting a number of elements form outstanding games into the world of Dead Island.  Our exploration only took in a small proportion of what the game promises, with any luck, come September 9th, fans looking for a zombie filled survivor-horror style game from the set of Lost will not be disappointed.  Available on PC, Xbox 360 and PS3. 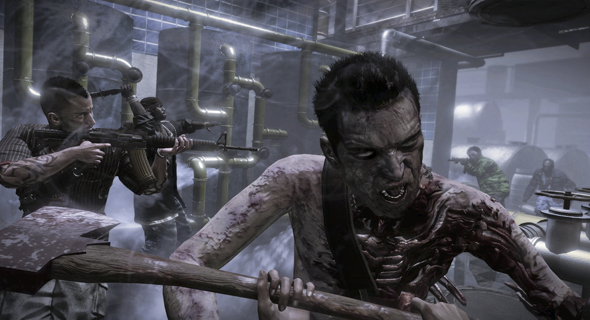 More in this category: « PS3 gets another price cut, PS4 on the horizon? Australia gets in-principle R18+ Classification for video games »
Share News tips for the iTWire Journalists? Your tip will be anonymous