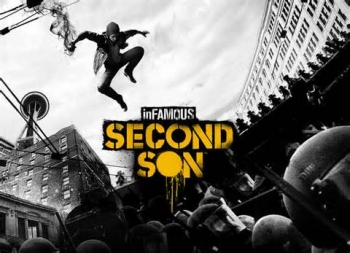 The PlayStation exclusive franchise infamous is making the next generation leap to the PS4.  iTWire’s Radioactive IT had a chance this week to get an insight in how inFamous: Second Son is shaping up on the new platform.  For fans of the series, note this inFamous contains no Cole, nor electricity based super powers, but it makes up for that in other ways.

Still with developer Sucker Punch, inFamous: Second Son will be welcomed – when released on March 21st - by PlayStation 4 owners who may perhaps be feeling somewhat starved of content at the moment.

For those not up to speed – this will be the third main inFamous title and continues the tale of a North America that lives with a somewhat Totalitarian society that happens to also be populated by folks known as Conduits.  Conduits can harness the elementary-type powers of such things as electricity sources.  Cole McGrath – the central character of the first two releases – certainly relied on electricity to fuel both offensive, defensive and movement skills. 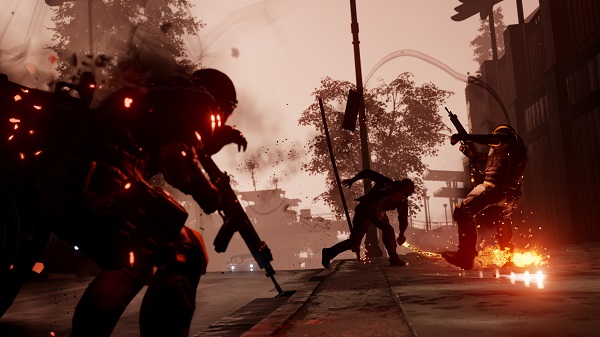 The result was gameplay that feels liberating.  inFamous provided an open world of liberating possibilities opened by these Conduit powers.  It is game-play that gives a nod to games such as Crackdown and Assassin’s Creed, and is certainly a great deal of fun.

Second Son picks up seven years after Cole McGrath’s climactic and explosive ending to inFamous 2.  Our protagonist this time is a young man in the form of beanie loving Delsin Rowe; actually I am not so sure about the beanie upon his head, the cover art for this title does give Delsin a crazed-surf-lifesaver or speed-skater look.

Anyway, Delsin is in the vicinity of a bus crash that upon rushing to help the occupants he comes in contact with a Conduit that survived Cole’s last violent act.  This Conduit imparts his gift/affliction to Delsin.  Unlike Cole and his ability to absorb electricity to turn into superhero-like abilities, Delsin will be able to utilise the more mundane sounding features of smoke and neon.

Our time with the game gave us enough exposure to hands on with both smoke as well as neon abilities, and we battled against dudes armed with the third of four environmental powers, concrete.  The fourth absorbable environmental remains under wraps, let the guessing begin.

Essentially, there seems to be only minor differences between smoke and neon.  If Delsin absorbs a nearby smoke-source he will be able to shoot smoke, hover/glide through the air, melee with a smoky sword and throw grenades that do damage.  Neon abilities include vibrant versions of most that smoke offers, however the shooting is more devastating and targets, and the ability to dash up walls makes neon the choice of the powers at this time.

We start our hands-on with a simple moral choice; your brother wishes to capture your new-found fellow Conduit friend Abigail "Fetch" Walker.  Fetch has just given you the neon abilities, and now you must make a choice to protect or corrupt her.  Depending on your selection, the resulting missions are completely different.

Play through the ‘good’ mission (which apparently so far, the vast majority of journalists have chosen first) and guided by Fetch, Delsin must locate three wharf houses (this inFamous takes place wholly in and around Seattle), locate a drug stash, rescue some folks and then paint a target on the side.

Meanwhile lots of guys are trying to take you down.  Various thugs armed with automatic weapons and the Department of Unified Protection - who still consider Conduits as bio-terrorists – will throw soldiers and DUP Conduits themselves armed with the power of concrete (!) in Delsin’s way.

The “evil” mission consisted firstly of a follow-me part with Fetch leading the way across roof tops to locate pockets of civilian protestors which are just annoying and therefore deserving of a smoke-smackdown.

The level ends with our first taste of a special ability only available at certain locations during a mission.  In essence Delsin unleashes a smokin’ smart-bomb with a spectacular cut-scene. 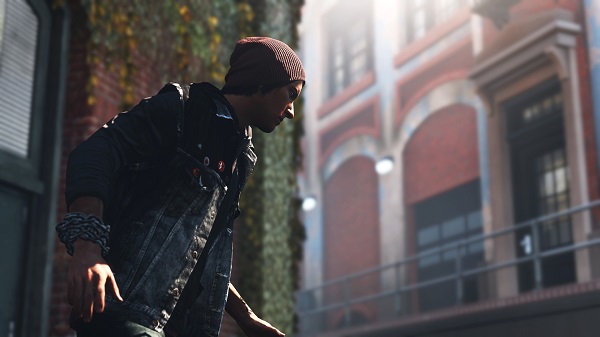 Visually the game looks a treat on the PS4.  These missions took place on a rainy night in Seattle, perfect for showing off light reflection from the wet city roads, the diffusion of car headlights through the rain ‘particles’ and vibrant contrast of neon as both Fetch and Delsin dash across the skyline.

The PS4 edition of inFamous is also a chance to utilise the in-controller speaker and light bar which changes colour depending on Delsin’s karma, good or bad.

All up there remains a bit of wait and see on this one.  The game looks great, but these hands-on missions were not the most inspiring.  I love the byplay and banter between Fetch and Delsin, it was actually funny as they niggle each other as the missions progress.

Controls are twitchy, but that is normal for these games, and the game-play is forgiving enough and once mastered flows well.  I am not convinced about, but completely understand, the shift from electricity to a new set of environment derived powers.  It certainly adds a layer of strategy that will give the game depth.

We can’t wait to get more time behind the controller with this one, so roll on March.

More in this category: « Beating the Titanfall Beta This is your Destiny »
Share News tips for the iTWire Journalists? Your tip will be anonymous