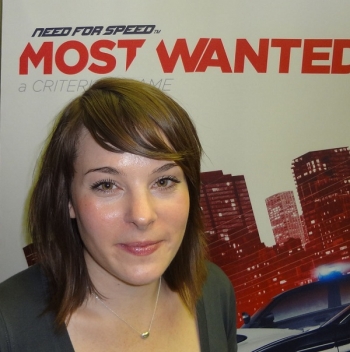 Virtual speed kings Criterion have again been unleashed on a Need For Speed title for Electronic Arts (EA).  We got some racing time, briefly with single player and expansively on the multiplayer, with the new Need For Speed: Most Wanted.

If you can find it you can drive it in the new Need For Speed: Most Wanted game, NFS has gone open-world and done away with the usual racing-game trope of requiring cars to be “unlocked” through game-play.  Instead you can find the car that suits the situation and your driving style the best, jump in and put the right foot to the floor.

According to Leanne Loombe, Criterion’s game producer, this approach was a conscious decision to shake up the driving game market:  "We can basically do what we want to do, we have free reign which is why we chose ' Most Wanted' because we really like the premise behind that.” Says Loombe “We kind of knew that we wanted it to be about friends, that was most important to us, so when we started Most Wanted it had to be 'become the Most Wanted amongst your friends', that is what the whole game is about."

Starting a multiplayer game we were dropped into a beautifully rendered dockland cityscape, yet again I am racing a Porsche 911 Carrera, but I’m not complaining.  First task is to race to the rendezvous point to begin an event.

With eight bumbling journalists all heading to the gritty culvert that is the first rendezvous point, chaos ensues.  ‘Taking out’ an opponent with a well-timed t-bone ram pushes me up the leader board before the first challenge is underway. 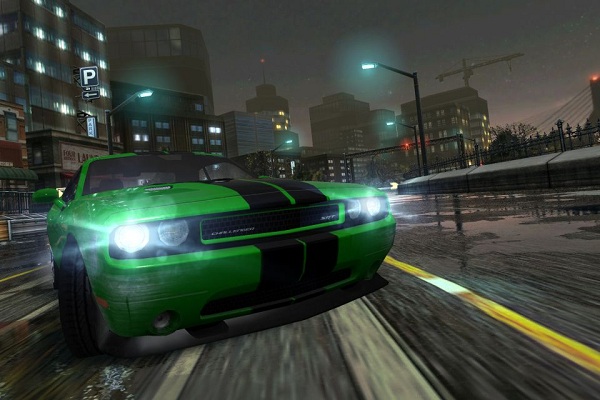 This is early code some months from release, and it is evident that some further tweaking of the multiplayer code is needed.  Even with 8 locally connected PS3’s there was some minor warp jumping of cars, disconcerting when you are trying to line up the perfect ramming run.

The first challenge is to grab the fastest velocity on a speed camera positioned above a storm-water pipe.  Time is limited and as I find myself – through judicious use of nitro, and a well-timed run-up – on top of the fast time list, it is now up to me to spoil the chances of everybody else to top my time through disruptive driving.

This is a theme carried through the multiplayer events, if you win a checkpoint race, you are still ‘live’ in the game, time to add to your points by u-turning to cause panic and mayhem amongst the racers still trying to finish, great fun and a great way to boost the competitive nature of the game and allow players to comeback from what may have been an impossible position on the leader board.

In multiplayer it is all about the leader board, racing to the next event start point, causing mayhem and then attempting to score big in whichever event is on offer will give you bragging rights with your friends.  Because this is handled by the EA Origin servers it doesn’t matter what platform you are playing on.  PC player versus, Xbox 360 versus PS Vita, PS3 or iPad, all your friend’s scores and times are available to view and compete against if applicable.  This is all part of Criterion’s AutoLog feature.

"We introduced AutoLog in Hot Pursuit and it obviously changed the way people played, and really popular, lots of other games have taken the same premise.” Says Loombe “It's all about being socially connected, it changed the way people played; instead of playing for six hours, people were playing for twenty plus hours, because you could go back and still compete against what your friends were doing"

The online community for Need For Speed racing games is integral to the thinking Critereon put into the games design: “We think [the community is], very important.  Playing games is better with friends rather than strangers.  A lot of other games will have a leader board full of people you don’t know, that’s just not as exciting.  Let’s just make it all about your friends, that’s what we have done with Most Wanted” says Loombe. 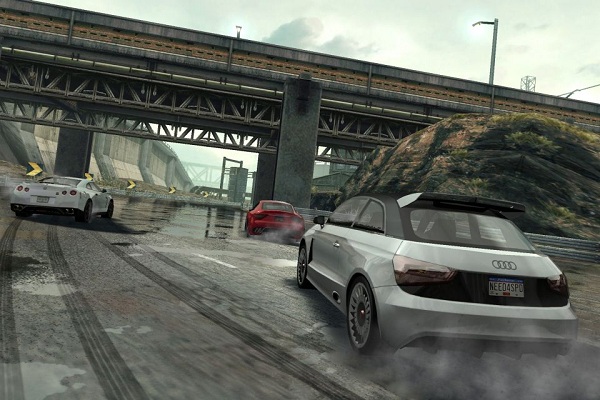 Using the EA Origin servers, one neat feature is having your picture plastered on billboards scattered throughout your friend’s games.  Having a friends visage grinning down on you when they lead a measured category (such as longest jump, or fastest speed) is an empowering incentive to beat them: “We really love that,” laughs Loombe “it’s like, ‘how do I know I’m doing well?  When my face is all over my friends screens.’”

“I think that’s where all gaming is going, it’s all going to be about socially connected and being online and playing with friends.” Loombe muses “People don’t just sit alone playing games anymore, they want to play with their friends, whether that is virtually, asynchronously, or not, so I think AutoLog will continue to evolve, and Most Wanted is probably the most socially connected game of its generation.”

“We don’t output to Facebook or anything like that, it is more about the social connectivity in the game, being able to see what your friends are doing in the game that’s really important, rather than explaining it outside of the game.”


Loombe touched on the leaps forward from Hot Pursuit to Most Wanted and the challenges faced by the development team:  “Doing the open-world is a challenge because you have to get the balance just right.  With the races and the open-world we are not segmenting players into a certain area; we need to make sure the race is working within that open-world, while giving the players freedom to go and drive wherever they want to drive.”

“Also the Speed Points [the accumulated in-game currency], getting that balance right between the single player and multiplayer progression because your Speed Points are fed into the one place, they collate into the Most Wanted List, and it is just making sure that balance of points is right across the games.” 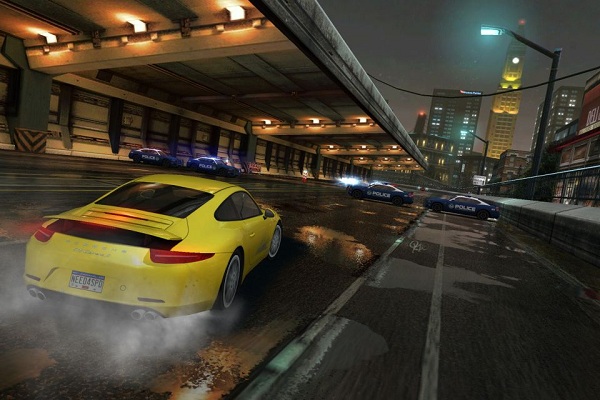 “We listened to what our fans wanted,” Loombe continues “There is no point making a game that consumers don’t actually want to play.  A lot of feedback we got [from Hot Pursuit], we looked through that to see what we could integrate into the new game.”

But what about the cars themselves how does the team decide on the right mix?  Given all vehicles are available at the start how does this fit into the structure of the game?

“We have some guys at Criterion that handle what cars we use, it is completely down to us what ones we decide to use.  Usually we work with the manufacturers and licensers to get the cars in the game.  This time around we wanted to ensure we had a good variety in the game, particularly for the multiplayer.  As you have seen, there are so many different challenges and with the open-world as well, sometimes you want a really small car, sometimes you need a big, huge, truck like the Ford Raptor to get off road.  Obviously it’s about having the sports cars in the game as well, that is very important.”

“We are allowing players the chance to experience cars that they not necessarily be able to afford to buy, but the get the chance to have a drive, see how it handles, get the audio.”

“The cars need to feel like they should, so we have unique handling models for each car and it’s trademark Criterion handling, so we know what to do with handling.” Loombe says.

We asked about the obvious lack of a cockpit view camera, with the only options being the unusable “Mad Max” ground level view or the third-person perspective.  According to Criterion a cockpit view is not felt as part of their game experience as it’s more of a simulation driving feature.

One thing that spices the game up is the many tweaks and modifications players can earn, buy and apply to their cars.  Self-inflating tires, extra front armour for busting through roadblocks and extra speed boosts for escaping the law: “[again] it’s about getting the balance right so that the players can drive how they want to drive and when they put on the mods they feel ownership of that car,” explains Loomb “[drivers] can actually change their game-play.”

Having raced, sped, crashed, drifted and jumped our way around in the PS3 version of the game we also got to try out the PlayStation Vita version which runs very smoothly and looks great on the five inch OLED screen.

Finally we tried out the iPad version, developed locally in Melbourne by iOS wiz-kids Firemonkeys.  This is a much more linear experience, with auto-acceleration in a number of race and escape-the-cops events.  It looks fantastic on the iPad retina display with detail aplenty whipping by as the racing progresses. 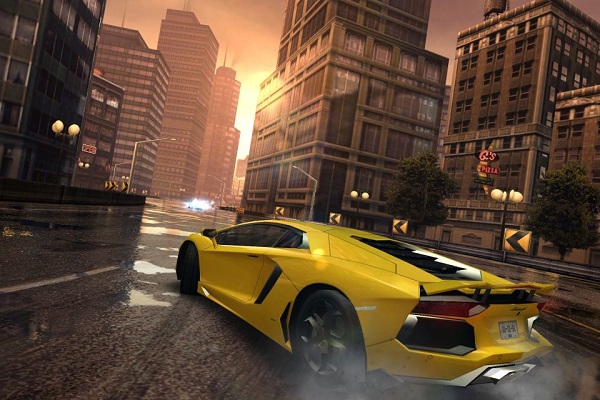 Need For Speed: Most Wanted is a fun arcade racer with a series handling bent and a focus on friend integration that is one of the first of its kind.  Having the infrastructure that a publishing giant such as EA can throw at this title backs up the cross platform ideals of the developers and should prove a hit amongst the target audience.

More in this category: « Sony demonstrates PlayStation future Interview: Trent Kusters – Armello: a game we wanted to play »
Share News tips for the iTWire Journalists? Your tip will be anonymous