0
Shares
By Mike Bantick
Bam! Pow! Wham! DC Universe Online has brought another comic derived Massively Multiplayer Online experience to both PC and PlayStation 3.  How do the costumed capers of Batman, Superman, Green Lantern, Wonder Woman, The Flash and many others fare in an arena dominated by World of Warcraft?  Click on through for a MMO noobs perspective.


MMORPG's or Massively Multiplayer Online Role Playing Games are more prevalent than ever; World Of Warcraft dominates as usual, but there are plenty of suitors waiting in the wings.  Games such as Lord Of The Rings Online, Guild Wars, Final Fantasy XIV, Aion, the upcoming Star Wars: The Old Republic and more just itching to get a slice of what WOW already commands.

A small subset of these online worlds has been the Super Hero MMORPG, in the form of games such as City Of Heroes or Champions Online.   Now Warner Bros and Sony Online Entertainment have stepped up with DC Universe Online, a blast from the golden-age of comics past.

As a game critic, it is difficult to lose ones-self in the world of a MMO simply due to the commitment of time required.  As the pace of development and expansion of the industry accelerates, there is just no time available to spend month after month grinding away and levelling up characters in a single MMO.  But time spent with DCUO so far has been fun time indeed.

As the name suggests, the theme for this MMO is pure licensed comic book capers.  The developers have thrown as much of the DC Universe into this product as they possibly could.  As such both hard core DC fans and those with a passing interest in Superman or Batman should find plenty to recognise during their time online.

Choosing to play the PS3 over the PC version was ultimately a bad decision.  Including reshuffling of existing files on the consoles hard-drive, loading, downloading and patching of the game, four hours had drifted by!  Even after going through this, the fact that the End User License Agreement must be scrolled through each time you login is another time wasting piece of fun keeping one from the action.

Character design is straight forward, with the all-important selection of powers able to be customised or 'inspired' by published heroes or villains.  My daughter and I decided on a medium-framed (rather than tiny or giant) female version of The Flash, a super-speed brawler with fire based spell abilities.  Mobius, was then decked out with some electric-blue sexy duds a hairstyle like Farrah and a mask to protect her identity.

Then, finally, it was off to Metropolis. 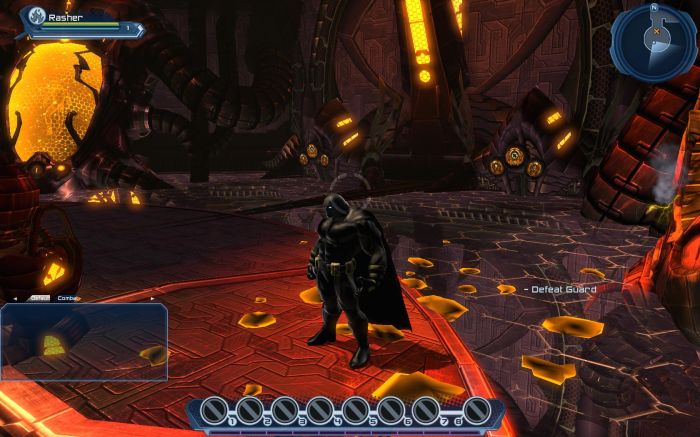 The art style SOE has chosen for this world befits the content presented.  Tongue is only gently resting in cheek as the story of Brainiac's robot drone invasion plays out.  The (usually) evil Lex Luthor travels back through time to deliver news of the invasion to the Justice League.  Recognising the threat to Earth, Luthor unleashes a plan to turn ordinary humans into super-humans (heroes and villains) in order to defeat his rival's attack.

The colours are bright, and mostly flat, but there is a sheen to everything that keeps the comic-book fresh.  So far I haven't had to worry too much about PvP (Player Versus Player) and as such any lag that exists has not affected game-play in the slightest.  The PS3 version does suffer from significant pop-in, which can mean, when flying or travelling at accelerated speed, that characters/enemies can appear on-screen mid-field of vision.

Whist my MMO experience is not broad, it is evident from the start that there are elements of DCUO that sees it stray from the norm.  There is little grind here, quests, when achieved dish out XP (experience points).  Enjoyably there are smatterings of minor missions that appear around the landscape, between waypoints.  Unfortunately these are little more than saving citizens from overturned cars and the like, this involves one press of a button for success, but has the benefit of adding to the atmosphere.

Combat feels more like an action-adventure game than one involving the digitised rolling of dice normally attributable to games of this ilk.  Chaining combos of attacks, with 'magical' powers will see the health bars of enemies diminish and your heroes XP bar increase at a rapid rate.  Targeting is easy and forgivable with the result that the combat feels heroic, and even defeats feel part of the compacted storyline.

MMO purists may be dismayed in the rapid rank rising experience in the game; this is certainly an MMO for the attention deficit crowd.  As heroes rank up, both Skill and Power points are allocated alternatively.  Each of your heroes powers have their own unique upgrade tree, generally allowing more fun to be had with hero customisation.  Skills allow your character to be further fleshed out with abilities and combos involving special moves or weapons.  Later on the game features Feats and an achievement system to further expand character options.

After level nine the PVP Legends arena unlocks, allowing you to earn the right to play as a legendary comic book hero or villain.  The first one is Batman's sidekick Robin.

Also after level nine, which doesn't take long, this allocation of Skill and Power points becomes a defining decision as option trees expand.  Loot drops are bad for this game and one where I wish the designers had put more thought.

The problem with the loot system is simply that this is a super-hero game.  As such, one of the most important bits about being a super-hero is your chosen costume.  This is never more the case than when your young daughter helped design the character.

Each loot drop may include new equipment, needing to be equipped to do any good.  Whilst there are common designs available (and unlockable), it does mean that progression will result in a change of look, and whilst it is all optional, the reality is that capeless look you were going for at the start may not be achievable to keep your hero in the game.

The meatier quests don't open up until later in the piece, and the current level cap is 30 (at which point the intriguing options of Duos amongst other things unlock), there is enough DC cheese fun to be had in the intervening time however, and the game certainly encourages running multiple parallel characters.

Interaction with other players is clunky, there is just so much you can do with a control system required to provide all the buttons require to look after a super hero and also enable any sort of robust communication structure.  Stick to your headset.

Still, there is a lot to admire here, particularly if, like me, you don't have the time to devote to an MMO requiring such devotion in time.  Though Australians seem to be somewhat screwed on the monthly subscription dollars versus the infrastructure in place, there is certainly a bunch of comic based capers to be had in the DC Universe Online. 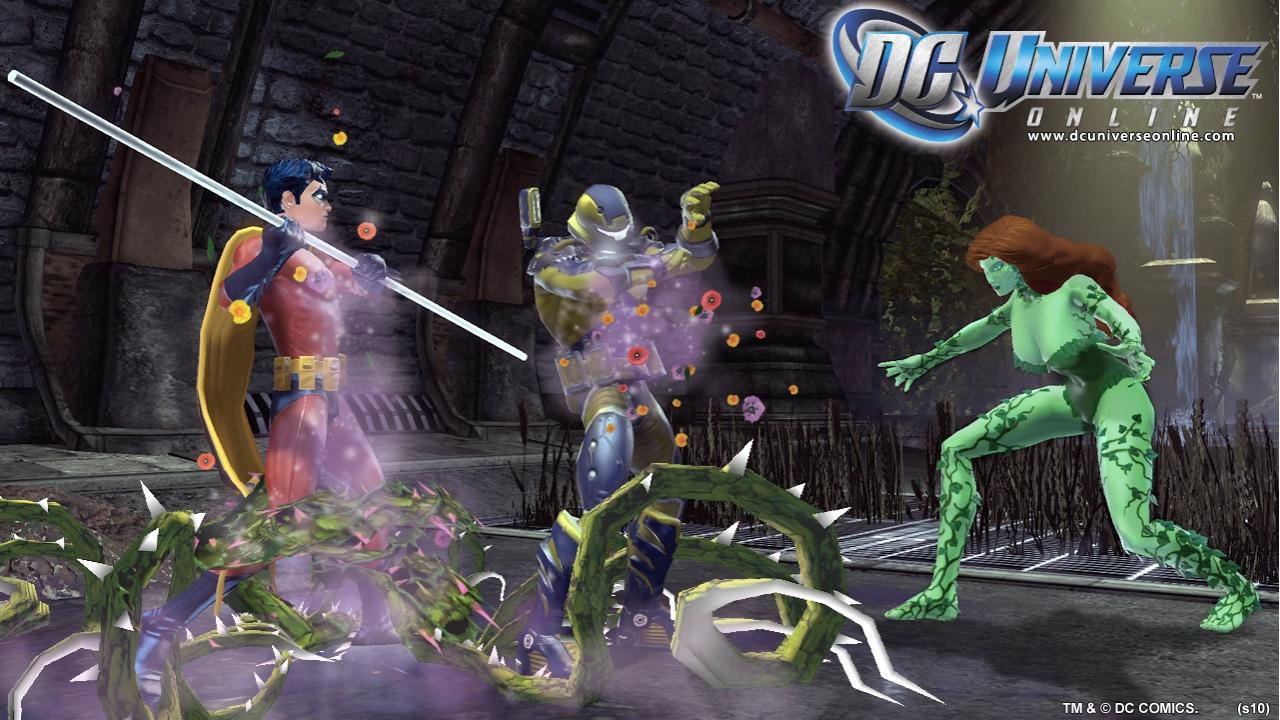 More in this category: « Nintendo 3DS hands on and Aussie reveal, price, release date Video Gamers are riskier drivers »
Share News tips for the iTWire Journalists? Your tip will be anonymous