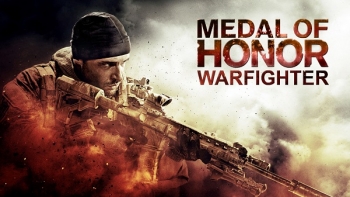 Electronic Arts Australia is being quite ballsy in taking its First Play events to the public arena.  Giving punters a chance to play pre-release code of big game franchises such as FIFA, Medal of Honor and Need for Speed could result in a wider acceptance and new audience, or a shunning of the brand.

Last night I ventured to a part of the city that is unfamiliar to me.  Highpoint Shopping Centre to the immediate west of Melbourne’s CBD was a quiet place, as far as shopping centres go, at 7PM on a Tuesday evening.

But then EA flicked the switch on its First Play presentation booths, and the gathering of media and EA Community types blinked their eyes and prepared to get some hands on time with games almost ready for general release.

This is the first time Electronic Arts has taken this step in Australia, according to the EA Rep present on the night however, this kind of thing has been the norm in the UK for the past decade.  “The First Play Tour is EA’s first experiential activation in Australia and allows Australian consumers to be among the first to play some of our biggest upcoming releases. We took learnings from our colleagues in the UK to enable us to bring  to consumers in Melbourne, Sydney and Brisbane the opportunity to meet and greet EA staff and representatives, to get involved in their favourite games and ultimately to get hands on game-time with the likes of FIFA 13, Medal of Honor Warfighter and Need for Speed Most Wanted. We’re really looking forward to meeting them and allowing them to experience these titles sometimes weeks in advance of release. “ said Rob Davey, GM of EA Games Australia and New Zealand told iTWire.com.

Essentially the idea is to capture a new demographic, the families strolling by at shopping centres that may either be captured by nostalgia (Medal of Honor, FIFA and Need For Speed are after all long term franchise brands) or, for younger members, the flash of a new.  That could be the new versions of the aforementioned venerable titles, or some of the newer mobile based games that EA is heavily investing in.

The gamble is in the set-up and the possible reaction to any perceived flaw.  And certainly Australians can be a fickle bunch, culturally different to our UK equivalents.

People will react in a variety of ways, some will jump at the chance to try out the code before release, and reaffirm their love for a potential purpose.  But, if there are any issues with the code, a crash or a glitch of some sort, the feedback could be either negative, philosophical – based on the knowledge that the code is not final, or even constructive.

Certainly EA has given the idea every chance of hitting the positive end of the reaction curve.  The presentation is slick, the staff knowledgeable and the code builds for the purpose of a short slice of game experience are all very good.

But the risks are equally high, Need For Speed: Most Wanted from the masters of car-race-coding Criterion, gives fans a short minute and a half race blast through an urban environment followed by a chance to ‘escape’ the law.  That is a nice taster.

Equally the FIFA 13 display code gives two buddies the chance to taste some one-on-one soccer action.  Whilst most likely this will result in a nil all score line when time is up, it certainly gave folks a taste of the new features, particularly from a player animation front, of the new game.

However, the Medal of Honor: Warfighter code was not playable on the PC’s set up for the event.  The good news is that, while the media and community folks missed out on some first person shooter action, this problem gave the EA staff time to download and install newer code for when the public hits the booth on Thursday.

Herein lies the risk, EA has minimised the possibilities by using games that (from the iPad mobile perspective at least) are already on the market, or very close to being released.  The code therefore should be stable enough for the few minutes of repetitive play that will be utilised by passer-by crowds.

CONCLUSION and DATES on PAGE 3

So it is a risk showing non-final code to the public, but at the same time it is a move that could pay off for EA.  Taking some of its most beloved franchises out from behind the facades of the sometimes daunting games-store shop fronts and into the walking path of everyday shoppers is a great way to open up demographics.

Both Sony and Nintendo do a similar thing, but usually this public foray presents code that has well and truly entrenched itself as a release.  By presenting early code to the public EA are hoping to generate interest and hype before release day.  It is a reasonably bold move in this country, one that has some international pedigree however and should prove successful.

EA’s First Play tour is travelling the east coast of Australia as follows:

More in this category: « Australian game industry looks for inspiration GCAP 2012 Is the Wii U for we and you? »
Share News tips for the iTWire Journalists? Your tip will be anonymous