Dead Space 3 hands on and interview – Genres be damned! 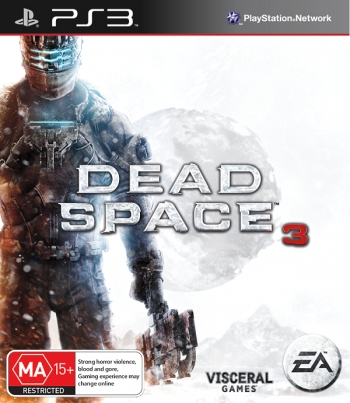 I admit it, Dead Space startles me, so it was with the lights burning brightly and the soothing sounds of twittering birds happening nearby that I sat down to play through the Dead Space 3 demo and further content.  iTWire.com then spoke to Dead Space 3 Producer John Calhoun just why he and his team feel the need to scare the controllers from our hands.

Dead Space has always fallen into the survival horror genre bucket when being categorised by those with that need.  But whilst there are plenty of scares to be had in the Dead Space franchise, it can be said that the game does lean more towards the action side of the loose boundaries of the survivlal horror genre description.

Producer John Calhoun agrees:  “We never put our game into a genre like that, Dead Space 1, really scary, not a lot of ammo in the first half of the game, by the second half you had worked out what the Necromorphs are all about, your mission changed, there was not a lot of ‘survival’ it was about destroying the Marker, so even for us it was kind of hard to classify what that game was, so we have all looked at it as a game about real science, real terror and genres be damned!”

Playing through the demo this is true – there is one particularly pant wetting moment early in the demo, where a Necromorph lurches out of a blizzard and straight at Isaac Clark.  It is terrifying, after a long trudge through deep snow.

“It allows you to drop the pacing down and have really long periods of dread and suspense, when you vary it like that, you have ups and downs,” says Calhoun “ it takes players on a rollercoaster ride and it is much more exciting than if you are pure survival horror or pure action.  That philosophy is alive and well in Dead Space 3”

Developer Visceral Games is not fiddling with the Dead Space formula too much with this third major release.  In fact playing through a recent section at an EA event felt much like a mission from Dead Space 2, the recently released demo however gives greater insight to the changes wrought.  Essentially Dead Space 3 is an extension of familiar DS tropes. 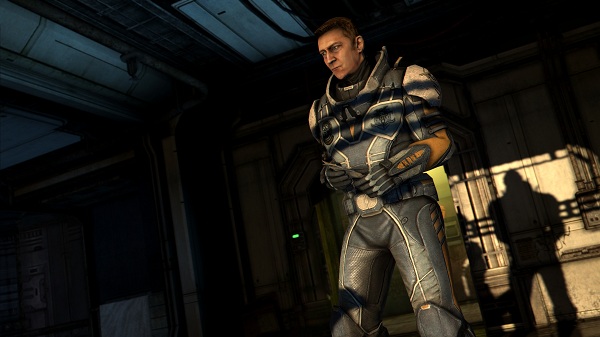 “You hit the nail on the head;” agrees Calhoun “Dead Space 3 is longer than the previous two games, so it affords us the ability to add more periods of action and more periods of suspense, and that is just the story”

Our time with a couple of Dead Space 3 demo’s however had us worried that this game was going to be nothing more than a longer version of the last game, but it seems the biggest change will revolve around redefining Isaac Clark’s character.

“Weapon crafting is something we added to the game to bring Isaac’s identity as an engineer back to the forefront of his character.” Says Calhoun “People were starting to wonder ‘he destroyed the Sprawl in Dead Space 1, is he an action hero now?’ and our answer has to be no, he’s an engineer, he doesn’t want to bring the fight to the Necromorphs, in fact he would like nothing more than to hide and be left alone.  So one of the ways were able to solve that problem was to create a weapons system that really exploits his wits and technical background.” 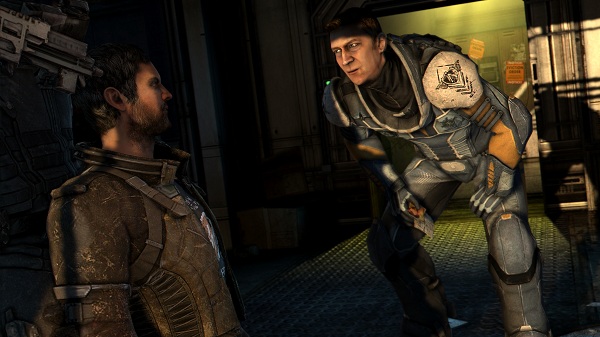 In the previous game Visceral realised players were only every using the Plasma Cutter and Pulse Rifle and nothing else.  “That was sad to us because we designed our enemies to have strengths and weaknesses to all the weapons in the game, and the more weapons you play with, the more tactical you feel.” Says Calhoun.

To accommodate this focus on crafting, the loot system has been expanded to include weapons bits.  This will allow players to build weapons in a more personal way.

“In Dead Space 3 there are no schematics, because there are no guns,” starts Calhoun intriguingly “all you find are these individual bits.  You might find the engine for a telemetry spike, which is the tool you might fire into the ground to register seismic activity, you can break that apart into two or three pieces and reassemble them, and all of a sudden you have something that can shoot rivets at a high velocity.  If you add something that can charge that with electricity, then suddenly each of those rivets does a small amount of electrical damage.”

The other big change in Dead Space 3 is the introduction of Co Op through the entire campaign.  However, this also raises some alarms, am I still turning down the lights and turning up the sound to build the solo horror factor, or am I high fiving my buddy constantly?

“It is more of the former and less of the later.” Explains Calhoun  “One of the messages that we hope everyone gets out of the game is that it can still be played in that classic Dead Space way, that is a story just about Isaac Clark, who is by himself, has only his wits to survive and it is up to him to complete the ultimate goal of the game.  There are no AI followers in the single player game that you have to babysit or worry that they are taking up too much ammo, there is none of that.”

“We actually did the harder thing and make a game that adjusts dynamically to the presence of the second player.  So, it’s really the player’s choice to have a second player in the game, but say you are playing co-op, is it any less scary?  We hope the answer is [no] and one of the reasons way is that we added a new feature, (this isn’t the official name) dubbed asymmetrical dementia.   Which means that player one and player two may not experience reality in the same way.  The closer you get to the Marker, which creates the Necromorphs, but also has the effect of creating hallucinations and homicidal thoughts in people.  The closer you get to that, the crazier either you or Carver [Dead Space 3’s new playable co-op character] will become, and it is only after you compare notes online with your friend and realise that you are in the same room, but you are seeing different things, when that becomes apparent then you begin to question reality, and wonder, the last five hours of the game have we been seeing the same thing.  When you can’t trust your friend, then you don’t know who to trust and it creates this cool tension in your imagination that is unique to Dead Space 3.”

The franchise makes planetfall for the first time landing on Tau Volantis [Think zombie Hoth].  Will that open up the game-play from the corridor shooter we have come to expect?

‘You can go forward to that giant crane in the distance that your Locator is telling you to go,” explains Calhoun “or you can go and explore that abandoned barracks.  This will happen a lot in Dead Space 3, if you decide to go off and explore then it will change the setting instantly, you will go from this wide open snowy vista to this dark unpowered barracks that has been abandoned for a few hundred years.  The transition from light into dark as you go indoors and out changes the look and pace of the game, but it is up to you how you progress through the game.” 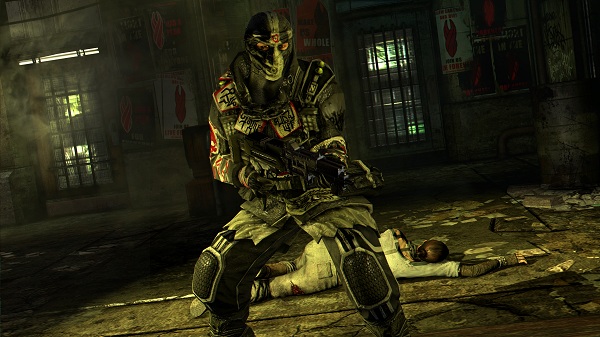 Being on a planet however makes the game feel less like Dead Space and more like Lost Planet (particularly when battling the big enemies with glowing shoot-me-here bits) and Gears of War.  What about those zero G moments in space?

Calhoun explains:  “A large portion of the game, possible close to a third takes place in space, the flotilla of lost ships is a very important setting for the game, it sets up the entire rationale for going to Tau Volantis in the first place.  Some of the optional content I was talking about are entire ships that it is up to you whether you want to go to or not.  I would advise yes, because some of the craziest weapons pieces are there, so it is well worth your while to fully explore outer space.”

Dead Space 3 will also feature those cultist loonies the Unitologists meaning Clark (and any co-op buddy he drags along) will be facing off against some human enemies throughout Dead Space 3.  Hopefully this time around Clark will find some reprise from constant frights, perhaps in the end finding a nice corner of a room to sit and play with his constructed weaponry.

More in this category: « Hands On: Fuse – Is it going to blow? Hands On: BioShock Infinite »
Share News tips for the iTWire Journalists? Your tip will be anonymous