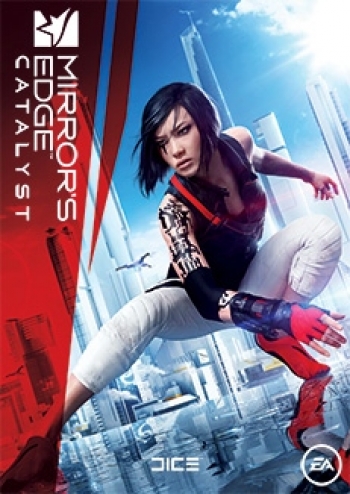 The long awaited sequel to the critically acclaimed Mirror’s Edge has just been delayed again, but in the meantime a few of us lucky ones have tasted the game during the closed Mirror’s Edge Catalyst beta test.

Now delayed to June 9th Mirror’s Edge Catalyst is the follow up to the critically well received 2008 release of Mirror’s Edge.

The basic premise is to take a first person parkour simulator into a dystopian ultra-clean but highly controlled urban environment. As Faith, one of the cities “runners” the player must traverse the rooftops and interiors of buildings as she makes her living delivering contraband whilst dodging the totalitarian authorities and other dangers, not least of which is plummeting to a street-level gooey death.

So far we have had a chance to play through around four hours of the beta code – and to be honest I don’t really want to do much more. Not because I am not enjoying it, but I want to wait for the final code in June to enjoy the full experience.

So far it is clear that this reboot of the “franchise” is addressing some of the disappointments of the first game.

Firstly, the setting remains where we left it, but of course for consoles a whole new generation of hardware has been introduced, and Faith’s city, whilst remaining stark with blanched buildings crisply defined against the extreme blue of the sky, there are new details scattered around the world.

Blade Runner style giant video advertising adorns the side of the buildings, drones float through the air, and secret nooks can be found holding collectable electronic chips.

Having said that, the graphical style is simple, and, particularly with character models, the effect is one of an almost retro presentation than some of the close-to-photo-realistic visuals we are seeing in other titles.

The City of Glass; the world of Mirror’s Edge Catalyst is now an open environment; Faith can access “missions” and “runs” from the map-screen. But don’t expect an Ubisoft style open world, this is not Assassin’s Creed, or Far Cry or even The Division whose maps are littered with mission iconography.

This sparseness is most likely due to the limitations of beta test at the moment.

Faith now has some skills/equipment that can be unlocked through a straightforward RPG unlock tree. Experience points are collected simply by exploring the environment, jumping over chain-link fences, vaulting and sliding under air-conditioning ducts, climbing downpipes and generally bolting around the roof-tops and wall running.

We played the beta on an Xbox One, which for the most part was untroubled by pace of the game, but failing a mission multiple times can be a little frustrating with load-times longer than a learning parkour practitioner can bear. But you know how those learners can be impatient.

Like the first game, keeping up your speed, gaining a focus speed shield is key to success. Some of the timed runs have limitations that mean a single falter, missed jump or roll will mean failure.

Unlike the first game, doing all this jumping and rolling, split-second path decision making and hectic process – all in first person perspective – is not as jarring as we expected to be. Perhaps it’s eight years of first-person practice on other games, or perhaps the developer DICE is upset with the amount of vomit the original title induced, and tweaked the action with this title.

Thankfully, gun-play has been largely dropped (at least in the amount of game we have experienced so far) – So far we have not picked up a weapon, nor disarmed an opponent.

It did not matter however, some of Faith’s unlocked moves enable her to get the drop on her opponents, knocking them from behind, pushing them into each other or off a building edge or, more often than not, bypassing combat altogether and attempt a speedy escape.

This, like the first game, is where the most fun is to be had. Sure, there is a new Runners Vision (DASH) giving you “A” way towards the next waypoint, but some of the fun is in finding your own path to the target, hopefully locating a more efficient path in doing so.

Mirror’s Edge Catalyst is refreshing addition to the library of modern games so laden with gun-toting objectives. Whilst some Runs will take multiple attempts, hitting the time target, finding your way across a seemingly impossible gap, or making a hair-raising escape based on split-second path decision making is easily as satisfying as putting yet another ray-gun blast right between all four sets of the latest alien’s eyes.

More in this category: « Star Wars: Battlefront Fighter Squadron hands on Australian games industry desperate for funding air »
Share News tips for the iTWire Journalists? Your tip will be anonymous