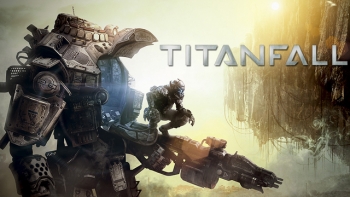 Microsoft  is banking a lot on Respawn Entertainment’s forthcoming Titanfall.  Having spent a lot of hours bounding around in the mech strewn world of the Titanfall beta test we can safely confirm that this release will be a unit shifter.

Playing on an Xbox One, and with a ping time to the South East Asia server of around 155ms was not enough deterrent to jump into yet another online First Person Shooter.  This is after all Titanfall, the flagship 2014 game for Microsoft.  Yes it will shift Xbox Ones, but the game will also be available on PC and Xbox 360.

First couple of games I could not shake the feeling of over familiarity – as a game reviewer, there is only so many competitive FPS’ that one can be part of before fatigue sets in.  To be honest, selecting a rifeman profile, leaping from the dropship and sprinting towards the centre of the map, dying, respawning and doing it again just felt a little stale.

However, getting a couple of kills with the Carbine, getting a hang of the parkour moves and double jumping to the top of a building, followed by kicking in the cloak device and picking off some more enemy pilots (played by humans) or AI bot spectres and grunts from the rooftops and things get fun.

Then the Titans - 20 foot tall mechs - begin to fall from the sky.  As a Pilot you are not defenceless, the Rifleman class has an anti-mech weapon, and switching to it is both scary and satisfying.  Satisfying if you can get a few shots off, short-lived scary if the guy piloting the Titan gets annoyed enough to come after you.

Calling for your mech allows a number of tactical options.  The obvious thing is to jump on board and begin stomping around the landscape.  Whilst mechs cannot jump as such, they can shimmy – a kind of limited boost dodge to bring some unpredictability to their movement.

The other option is to start up your titan’s AI mode, enabling a guard ability that will have it prowling around the open streets while you stick to the corridors and rooftops.

The final game will feature a number of different titans, but for this beta we were limited to a single one with a number of loadouts.  Standard titans feature a main weapon, a tactical anti-mech weapon and a temporary shield that can catch and fireback opposition ordinance.

For those that remember, piloting a titan is no Mechwarrior experience.  But there is lots of ground thumping enjoyment, even in ejecting from a crippled titan, to be had.  If your team can coordinate ground troops with a couple of titans in an assault on the enemy things feel good.  Soon the defeated foe will be legging for evacuation drop-ship.

As a pilot levels up, weapons and options open up.  My time with Titanfall saw a rapid climb to level 10, along the way the game will give you random ‘burn’ cards.  These are one-shot tactical abilities or boosts per titanfall round.  One might be prosthetic legs giving life-saving extra foot speed, the next might be a kind of radar pulse or a more exotic weapon loadout.  Either way you can collect them and burn them on a round at your will.

Titanfall is certainly a land-mark game, I will certainly spend more time exploring the games added features come release time in March.  However I will admit that it is games such as Evolve that has me hanging out for a more interesting co-op and lone-wolf experience.

More in this category: « Hands On Preview: Evolve – four take on the monster Hands on first impressions: inFamous: Second Son »
Share News tips for the iTWire Journalists? Your tip will be anonymous