Dawn Hallett: a real IT hero 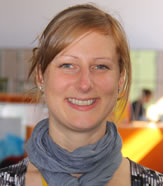 You've probably never heard of Dawn Hallett. I doubt you'll hear of her again. But it's just possible she's one of the most influential people working with IT in Australia right now.

Hallett is until the end of the year the iPad Coach at Warringa Park School in Victoria, a special education school which is achieving some remarkable breakthroughs with children who have both physical and intellectual disabilities, thanks to a programme which is equipping all teachers and students with an iPad. Children who cannot speak are now communicating; wheelchair bound kids have a vehicle for expression; and most importantly, they are all learning.

Hallett has been working with the children, the teachers - and more broadly, sharing her experiences and insight with educators across the country. But at the end of the year she'll be returning to classroom teaching, by when hopefully her technology nouse will have percolated through the school.

What her story demonstrates is how just about anyone with a determination to make a difference can immerse themselves in technology, understand its implications, and become a change agent in a company or a community.

She certainly didn't start off with any technology ambitions, but from a very early age was attracted to what she describes as 'people with a vulnerability.' Born in Bristol in the UK's south west, Hallett was one of four children in a working class family where Mum worked in a bank and Dad was a lorry driver.

Her high school grades weren't great, but she managed to secure a place at the University of Plymouth to study teaching, specialising in maths. 'For the first two years it was very daunting and I was aware of the gaps in my knowledge. In the first year I had to teach six students and I was terrified - very shy.'

She soldiered on and by her fourth year, when the practical teaching kicked in, Hallett was hooked. In her very first job in a school in Devon she encountered a child with ADHD, who 'made my life hell,' before being moved into the class of a more experienced teacher. 'Then I had a child with a hearing impairment who was possibly also autistic,' both of which piqued her interest into what it would take to help these children learn and participate.

All the children she worked with in the early years were from relatively poor backgrounds. The schools she worked in often had a small pool of computers that teachers were allowed to use with the kids once a week. Having visited New Zealand as a teenager Hallett always felt she would like to return, and when she returned as an adult to take up a teaching position in Auckland, a culture shock awaited. 'These were children with swimming pools in their back gardens. Instead of parents coming in drunk to parent teacher evening they came in saying 'what can we do to make their results better?''

By the time she arrived at Warringa Park School in August 2009 Hallett understood what it took to improve results, and learning outcomes. She'd also bought her first personal computer a couple of years earlier and discovered an aptitude for IT; 'I enjoyed using it and I wasn't scared of it.'

Warringa Park has 300 students with a wide range of intellectual disabilities, 38 per cent of whom have being diagnosed with an autism spectrum disorder. Every student and every teacher has an iPad.

But initially the school bought just ten, two of which landed in Hallett's classroom. 'I had 11 children - some with autism, with cerebral palsy downs syndrome and development delay - one in a wheelchair.' 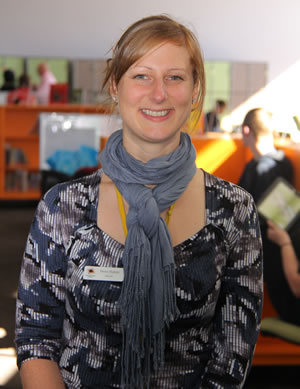 There had been desktops in the classroom, but these weren't always easy for the children to use, and the keyboard could be a barrier. iPads though had no keypads and fewer barriers.

'We started to look at apps - First Words had animals. We had one child who loved the computer but was impossible to engage on letters or numbers - but with this they can drag up the letters or numbers and when they get the word right the animals spin around - so there is a little reward.

'It was a big springboard for him and after that he started writing letters - and six months later he was spelling his own name which was Benjamin. That may have happened anyway - but I don't think so.' Hallett also taught a child with autism who had an attention span measured in minutes. Although he loved books, he would leap up and down and disengage after four or five minutes. But a Jack and the Beanstalk interactive story app would keep him at the iPad for almost half an hour.

When Victoria kicked off its state-wide school iPad trial in June 2010, Warringa was one of the 10 schools selected to be involved.

'They needed someone for the special schools and the principal put me forward. I spent two months in the Department of Education working on supporting documentation and spent hours researching apps that linked to the curriculum.

'In the last two weeks of that time we decided we'd seen enough to know that this would be the tool for our kids. '

When Hallett returned to Warringa she took on the role as iPad coach, supporting teachers and modelling lessons with them. The first couple of terms were challenging as she sorted through the different teaching styles and worked out how to integrate iPad use into different teachers' lessons. But by the third term things were starting to pay off.

The children in the main enjoy using the device, and are learning to work together and show one another what is on their screens. Some more advanced groups have worked together using iMovie to create a short documentary about the school's cafÃ©.

Even when a child's disabilities are extreme, there is generally some way they can use the device. 'One nine year old girl with autism had never managed to use the device - but she loved to be tickled and chased, so we let her make that request through the iPad - she's using it as a communications tool,' said Hallett.

'We know our kids can learn. iPad is transforming learning - but is also a model for access for the children - they can do typing on an iPad but not write on paper.'

At the end of the year Hallett will give up her iPad coach role and return to classroom teaching, after a year during which she has helped transform the way special ed. children learn.

One of the apps that the children particularly enjoy is Proloquo - which allows children to touch an icon and the iPad will 'speak' the word aloud. 'One kid said 'the banana is curved like the moon',' said Hallett.

For a group of children for whom even basic communication is a significant challenge, the iPad is unleashing sheer poetry.
Read 8403 times

BACK TO HOME PAGE
Published in Profiler
Tagged under

More in this category: « NICTA researcher tops the world CBA's $3 million man »
Share News tips for the iTWire Journalists? Your tip will be anonymous