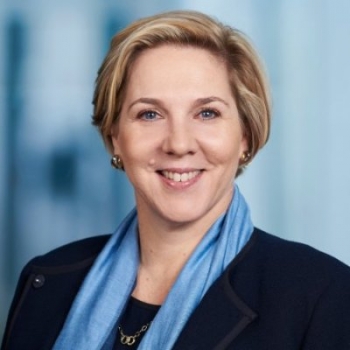 The Australian-born Denholm replaces high-profile executive Kate McKenzie who left the telco earlier this year in the wake of a series of network outages which plagued the company over several weeks.

Denholm, who will take up the role early in 2017, joins Telstra after nine years with Juniper, most recently as executive vice-president, chief financial officer and chief operations officer.

Denholm joined Juniper after 11 years with Sun Microsystems, most recently as senior vice-president of corporate strategic planning. She also held roles with Sun in Australia and the United States, and previously worked for Toyota and Arthur Andersen in Australia.

As well as her role on the board of electric car company Tesla, Denholm is also a board member of the Swiss robotics, power and automation technology company ABB.

Telstra chief executive Andy Penn said Telstra had made a “world class appointment” with Denholm to oversee the next generation development of the company’s operational environment.

The appointment follows Penn’s announcement in August that Telstra would invest up to an extra $3 billion over three years, taking total capital expenditure to about $15 billion, largely in the operational and networks space.

“Robyn has a proven track record as a global COO in a business focused on telecommunications networks. She has overseen business model transformation, supply chain and broader business process re-engineering,” Penn said.

“She has been a senior executive and director in a range of complex technology environments which make her ideally qualified for the role, leading a highly capable team within Telstra.

“She also brings strong understanding of the Australian market and Telstra as the leading network provider, as Juniper has been a valued partner of Telstra.”

More in this category: « Promapp organises Sydney office with two new appointments Nicolas Aidoud – a very French CEO for a very French company »
Share News tips for the iTWire Journalists? Your tip will be anonymous