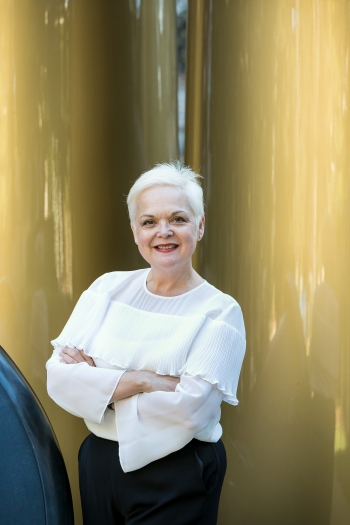 The RegTech Association has announced the appointment of leading advocacy expert Deborah Young as chief executive, charged with positioning Australia as a regtech global centre of excellence.

The association also announced on Monday the appointment of Commonwealth Bank head of Governance and Assurance, Jasper Poos, and serial RegTech entrepreneur, Harold Lucero, as directors.

The RTA brings regulators and regulated entities together to improve efficiency, productivity and safety of business and financial systems — through the adoption of regtech — and says the three new appointments will help the it deliver on its mission of building “higher performing, ethical and compliant businesses through RegTech innovation and investment”.

Commenting on the appointments, RTA chairman Julian Fenwick said the association was cognisant of the need to ensure that its board had representation from both RegTechs and Regulated entities, “and these new board members provide just that”.

“Our new CEO and board appointments bring together a range of balanced perspectives to help the association accelerate the adoption of RegTech in Australia.”

Fenwick said Young brought over 20 years of financial services advocacy experience and assumed the role of CEO from her previous position as general manager of the RTA.

Young has a track record in building industry engagement programs from the ground up, including accreditation programs, environmental, social and governance and diversity initiatives in venture capital/private equity, insurance and superannuation.

“It is an honour to be confirmed as the RegTech Association’s first CEO. The growth and awareness of the association’s work continues to build, and I am very excited to be able to lead in the implementation of the next phase of the strategy,” Young said.

“We have already begun the roll out of our RegTech AML Boot Camps which underline our values to educate, connect and collaborate. I’d like to thank the board for this opportunity and look forward to working with all members in pursuing our goals.”

“It is especially pleasing to announce Deborah Young as the RegTech Association’s first CEO. Deborah’s passion and expertise in mobilising and operationalising industry-wide impact initiatives made her the clear and logical choice to take the association forward through its next phase,” Fenwick said.

“We are excited to work with Deborah and look forward to having her leadership in driving the organisation into the future."

Fenwick said Poos brought a wealth of global compliance experience both from the regulated entity and regulator perspective to the RTA.

Poos has been involved in the RegTech Association in an advisory capacity since its foundation in 2017 and is head of Governance and Assurance for CBA in a role that covers operational risk and compliance across the bank’s institutional banking and markets business.

Harold Lucero, the founder and chair of RegTech firm, Lucsan, which was recently acquired by IRESS (ASX: IRE), joins the RTA board having participated on the advisory committee of the association since its inception.

More in this category: « Data#3 expands WA management team with new appointments Stone & Chalk gets new chairman and board »
back to top