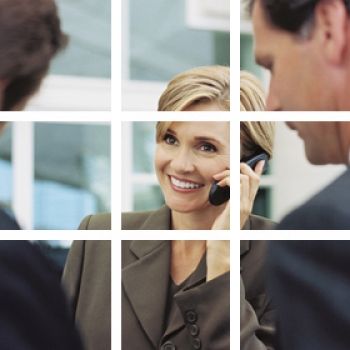 The demand for executives in the IT sector has declined for the second month in a row, with New South Wales the only state to record an increase in demand.

According to the latest demand index from EL Consult, there was an overall decline in demand for executives of 6% in the IT sector in October, matching the decline in September.

Queensland, Victoria and Western Australia recorded negative results, pushing down the overall IT index despite the gain in New South Wales.

But, EL Consult Managing Director, Grant Montgomery, says, however, that despite the decline in demand in most states there was a “marked decrease in volatility” in employment demand for executives in the IT sector.

“Interestingly, New South Wales was the mainstay of the result, making up for some of the losses in other states. Given the IT index works off a smaller base, the combination of these two results has done well to create the more even result.”

By comparison, EL found that the demand for executives in the marketing sector fell 4% in October, “again being one of the best-performing parts of the overall Australian executive demand market,” said Montgomery.

Although the losses in the marketing sector were broadly based, “mimicking the performance of the broader E.L Index,” Montgomery says that over the month, relatively strong positive results in New South Wales and the ACT were recorded.

In his summation of the overall outlook for executive employment in Australia, Montgomery says Australia’s corporate sector remains “deeply suspicious of the strength of the local economy.”

Montgomery points to the fact that the EL Index lost 6% in October “the second month of downturn since the euphoric one month rise created over the federal election.”

And, he says, new management jobs are now being created at “record low levels.”

“We are at an inflexion point both politically and economically. Corporates are clearly lacking confidence and the economy is continuing to slow.

“While business confidence was briefly uplifted on the results of the Federal election there is not much the incoming government, who has not yet sat a single day or pass any legislation, can do in the short term.

“The economy was heading for a mini-recession after the mineral boom slowed and turning around is going to some structural reform and a fair bit of time.

“As a consequence we not expect to see a significant turnaround in executive employment possibilities until at least March next year.” Montgomery says, however, that there has been some positive signs, with the property and equity markets having both picked up.

“But it appears much of the activity in both these sectors has been primed by foreign investors and it hasn’t yet led to any further employment opportunities.

“No other sector of the economy is taking the place of mining in contributing to infrastructure investment growth.”

Montgomery observes that the Reserve Bank is “hopeful that growth leadership will transition from mining to other sectors but its own estimates for 2013-14 show an expectation of negative investment growth ex-mining in that period.”

“It is my view that the first area to show improvement will be building and construction but not due to increased residential construction activity but from infrastructure development particularly in NSW.

“Mining investment is expected to peak at the end of this year while investment in manufacturing and other industries such as health and education are still in the red.

“When people have a positive outlook they usually have the executive resources in place first. When negative resources such as salary costs are eliminated to meet current demand. This is the environment Australia currently finds itself.”

According to Montgomery, the Reserve Bank is in a “difficult situation.”  “It wants the Australian dollar to be lower to spur on the beleaguered manufacturing sector by making our exports more competitive but the only tool at their disposal for this is interest rate settings.

“As a result the Reserve Bank governor has had to leave interest rates on hold and attempt to ‘jaw down’ the Australian dollar with limited success.

“The jobs fall out in October was again relatively broad. Only New South Wales, the Northern Territory and South Australia bucked the downward movement with the three regions recording positive outcomes for the month,” Montgomery concluded.

More in this category: « Adcock replaces Steffens as NBN Co COO Sydney based OneShift scores big at Stevie Awards »
Share News tips for the iTWire Journalists? Your tip will be anonymous