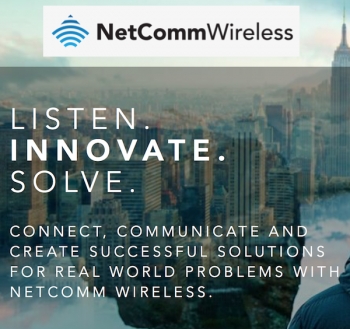 NetComm Wireless has made three appointments to its senior management team – a new chief strategy officer, and in October, a new chief operating officer and new chief financial officer.

The news comes after a successful attendance at CTIA Super Mobility 2016 in Las Vegas, (to be renamed Mobile World Congress Americas in 2017) which I attended as a guest of Netcomm Wireless (with an article on the company’s presence at the event coming soon).

I also recently conducted a video interview with the company’s CTO, Steve Collins here, with the article accompanying that video linking to previous NetComm Wireless awards achievements (two ABA100 Awards for Innovation and the ACOMM Award for IoT Innovation).

This was topped off by the company’s managing director, David Stewart, being awarded the prestigious ‘Communications Ambassador 2016’ ACOMM Australian telecommunications industry Award.

So, who are the new appointments to the NetComm Wireless senior management team?

Given the strong growth experienced by NetComm Wireless and its evolution into a truly global telecommunications solutions company over the past five years, the company says it has created a "chief operating officer role" to support its continued growth trajectory.

1. The company says it is pleased to announce that Timo Brouwer has been "appointed to this newly created role, and will be responsible for overseeing global sales, marketing, operations and customer support", with Brouwer boasting a 30-year background in the telecommunications vendor sector.

For the past two years, he has been CEO and director of RFS Australia and a member of RFS’ global executive, with RFS being a "designer and manufacturer of wireless infrastructure solutions".

In that role, Brouwer "managed 200 staff including R&D/engineering, manufacturing, finance, sales, operations and logistics, and was also responsible for RFS’ manufacturing facilities in Australia (Melbourne), US, Germany, China and Brazil".

Prior to RFS, Brouwer was managing director of Motorola Mobility Australia, NZ and the Pacific Islands for four years, and before that he had various sales roles at Nortel, Motorola Australia and GEC Plessey Telecommunications and started his career as an engineer at Alcatel Australia.

Commenting on the appointment of Brouwer, NetComm Wireless chief executive and managing director David Stewart said: “I am delighted to welcome Timo to the NetComm Wireless team. His extensive and impressive track record in telecommunications adds additional operating skills to our already strong team.

“NetComm Wireless is an Australian company with a truly global footprint. We now have offices in several global locations, as well as an R&D facility recently opened in Florida, USA with a strong development team, alongside our existing facility in Sydney. Timo’s experience across engineering, manufacturing, sales and general management disciplines, as well as multiple geographies, perfectly complements our global footprint and supports our growth initiatives.”

2, Next up is NetComm Wireless’s appointment of Christopher Last as chief financial officer, who has enjoyed "a successful career in finance over the past 25 years in Australia and overseas".

Last’s last role was as CFO of Heart Research Institute for the past two years, and prior to that spent five years as CFO of Blackmores. In addition, Last previously held senior finance roles at Unilever Australasia and Richemont.

Commenting on Last’s appointment, Stewart said: “We’re delighted to welcome Chris to the NetComm Wireless team. Chris has had a long and diverse career in finance across chartered accounting, treasury, investor relations and senior finance disciplines.

“He was a key member of the senior team at Blackmores as it successfully expanded into new international markets and I’m very confident that he will further strengthen our internal finance capabilities as we ramp up the pace of growth at NetComm Wireless.”

3, Finally we come to the appointment of Ken Sheridan as chief strategy office, whom the company reports as having been a key member of the board and management team of NetComm Wireless over the past 5½ years.

Sheridan has been appointed to the newly created role of chief strategy officer, with this role created to "support and enhance the company’s ability to pursue multiple global growth opportunities".

Commenting on Sheridan’s appointment, Stewart said: “Ken has worked very closely with me over the past 5½ years as we designed and led NetComm Wireless’ transformation to a leading telecommunications solution business underpinned by a global growth strategy.

“Freeing Ken up to focus more on strategic initiatives will put us in an even stronger position to continue our growth trajectory and pursue a number of global initiatives.

“NetComm Wireless is a rapidly growing company that is transforming from an Australian business into a large global organisation. With operations in multiple countries, including a second R&D centre now in the US, we have strategically evolved our organisational structure to support this growth.

“Chris and Timo bring new perspectives to the company following successful careers at major global organisations, while Ken will continue to guide NetComm Wireless’ strategic direction with his intimate knowledge of the business. We have a formidable leadership team now in place to steer NetComm Wireless through its next exciting phase of global growth,” concluded Stewart. 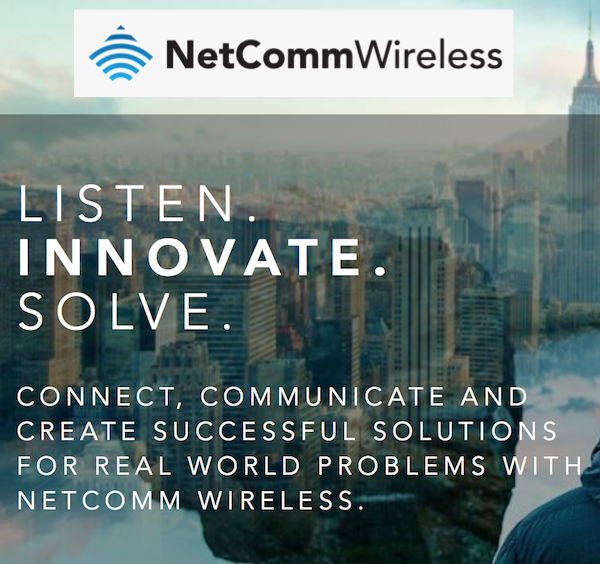 More in this category: « Fioretto and Fox to lead Dell EMC ANZ NGage goes for growth after management changes »
Share News tips for the iTWire Journalists? Your tip will be anonymous