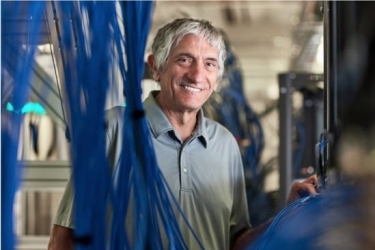 The ranks of Australian startup Silicon Quantum Computing (SQC) have been boosted with the arrival of John Martinis.

"Professor Martinis' decision to come and work in Australia for SQC further demonstrates the promise of the technical capability developed by Professor [Margaret] Simmons and the SQC team. It's a reminder of UNSW's world leading capability in quantum physics and atomic engineering", said University of New South Wales Vice Chancellor Ian Jacobs.

"Professor Martinis' track record of success and intense focus on building a commercially-useful quantum computer aligns with our goals at SQC," said Simmons.

"We have developed atomically-precise fabrication techniques that are uniquely suited to building a quantum computer. SQC is focusing on scaling up its technology platform. This is exactly what John did at Google. So we are delighted that he has chosen SQC and Australia for his next move," she added.

Martinis and his team at Google were the first to demonstrate that quantum computers can outperform classical computers, known as 'quantum supremacy'.

He has also worked at CEA France, NIST Boulder, and UC Santa Barbara.

"Building a quantum computer is my life-long ambition. If we can build one successfully at scale, it will be a transformational achievement with tremendous impact for humankind. I chose to come to SQC because of the promise of the unique approach in fabrication at the atomic level. No one else in the world can do what these guys are capable of."

More in this category: « Williams hired to lead Lancom in Melbourne Konica Minolta new MD now on deck »
Share News tips for the iTWire Journalists? Your tip will be anonymous