Change at the top for MYOB 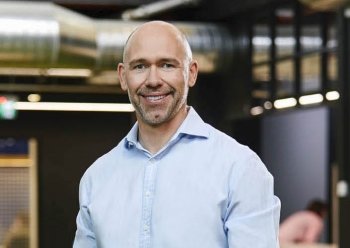 MYOB has chosen Greg Ellis to succeed Tim Reed as its CEO.

Accounting software provider MYOB has announced that CEO Tim Reed has decided to step down from the role, and will be replaced by Greg Ellis, whose most recent role was CEO of Scout 24.

Reed, who has been with MYOB for 16 years including 12 in the top job, will continue to be involved with the company in an advisory role.

"We are deeply grateful to Tim for his service as CEO and are delighted that MYOB will continue to benefit from his expertise and vision in his capacity as an advisor to the company," MYOB board member and head of KKR Australia Scott Bookmyer.

"Tim's leadership at the helm of MYOB for the past 12 years has built a truly great and innovative technology company that is positioned for exciting growth.

"Greg is one of the most accomplished Australian executives in the industry and has distinguished himself with an extensive track record of building high growth technology companies.

"His deep industry knowledge and ability to deliver value during his more than 30-year career at companies including Scout 24 and REA gives the Board confidence in his ability to lead MYOB forward into its next phase of growth."

Reed said that during his time as CEO, MYOB had transformed from being a desktop software provider to an online subscriptions business.

"MYOB is now at an inflection point, meaning it is the right moment for me to step down in order to let the next CEO own and drive the transformation project forward.

"I remain a committed investor and look forward to seeing the business reach new heights in the years ahead."

Ellis has over 30 years' business experience, including ten as a CEO, in areas including digital advertising, e-commerce, telecommunications and software, both in Australia and overseas.

He holds a Bachelor of Business from the Queensland University of Technology.

"I look forward to getting to know the team, clients and partners in the weeks to come, and making rapid progress toward our transformation goals when I join in September."

More in this category: « Datto appoints Petrocelli as new CTO Deliveroo appoints commercial chief for Australia market »
back to top