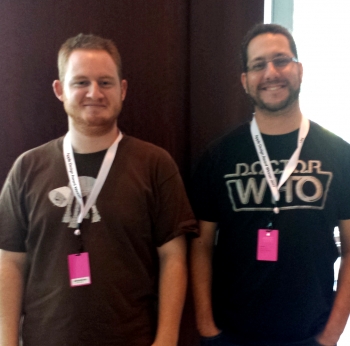 Procreate for iPad received a coveted Apple Design Award at WWDC in San Francisco, and iTWire sat down for a beer with two of the guys behind it, James Cuda and Lloyd Bottomley.

Procreate, awarded an Apple Design Award for "technical, aesthetic, and creative excellence" in San Francisco this week, is essentially a complete art studio in your fingertips, allowing artists to work their magic in crazy-high 4K resolution, all on iPad.

The pair I talked to from Savage Interactive were pretty damn chuffed with the accolade.

"The Apple Design Awards, for us it's a massive deal... a massive deal. An ADA is not something you'll get every year or anything, it's something that's with the product for its lifespan. So if you see a product with an ADA, you generally know it's a decent product," co-founder James Cuda said.

"We're really excited about how that's going to work in the long term."

"Apple select a bunch, and then they vote on it themselves. And the fact they voted for our little app is mental, absolutely mental. Such a shock.

When asked the sort of elite ADA-worthy products they're happy to be joining, Cuda took the diplomatic route, naming fellow design app Paper. "They won an award last year, we've got big respect for those guys," he said.

"Paper is insanely good at note taking and quick little skecthing, very good. You wouldn't want to open Procreate to sketch an idea or something, but those guys are great at that. By the same token I wouldn't want to map out a whole artwork in their app. We get compared a lot, but really we're nothing alike.

The team of five having been going for two years, based in Hobart, and describe themselves as being focussed on high quality software without the help of any venture capital. 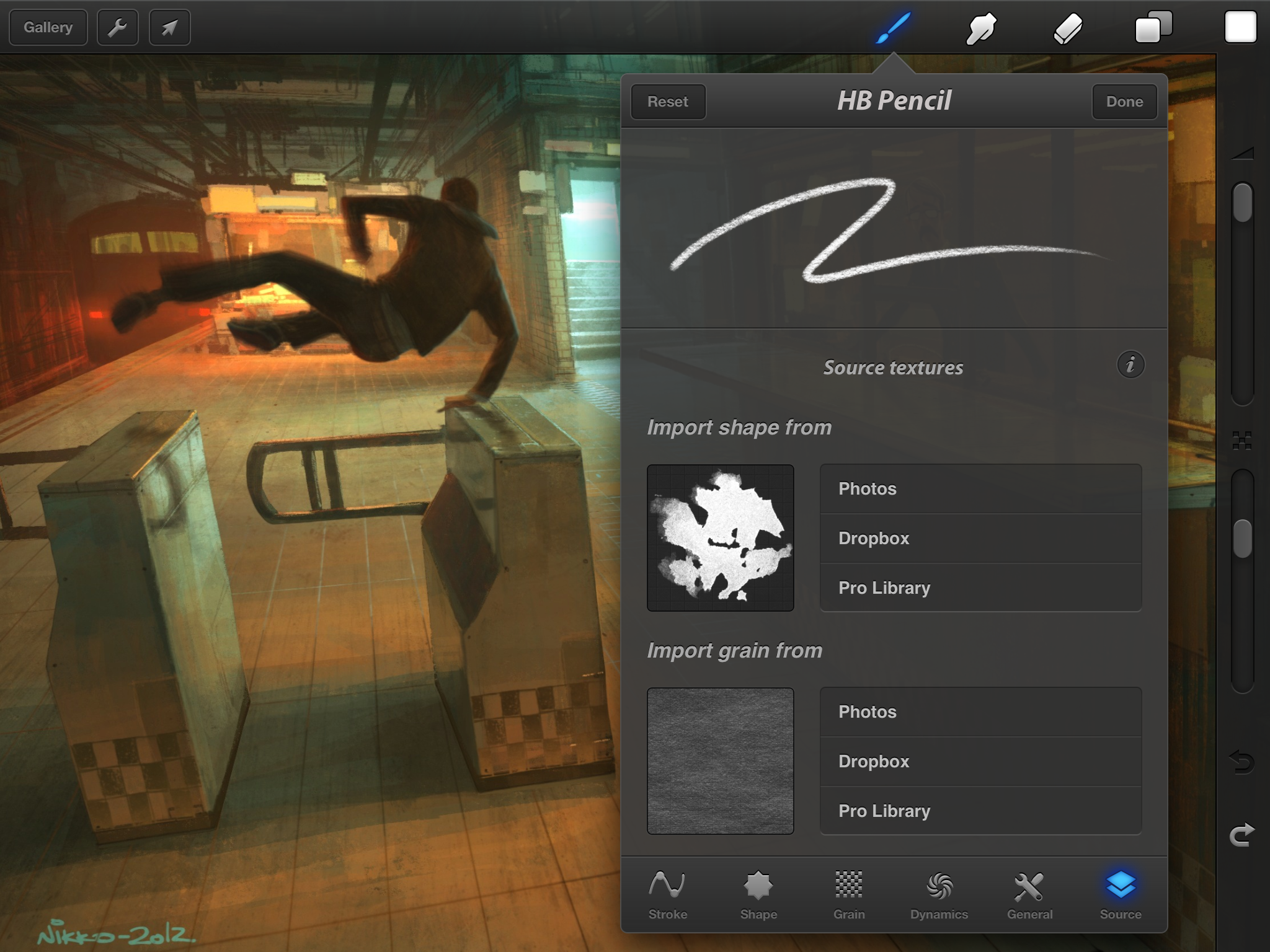 The pair were also happy with what they saw from Apple at the keynote, and the direction in which the company's headed.

"That was the first keynote we'd been to, it was fantastic from Apple. We didn't expect it, normally there's a lot of marketing hype, and normally it's small and nice changes," Cuda said.

"This time it's massive changes. This whole flat thing, we're still figuring out how it works, but Jony Ive has done a magnificent first step. For the first time the interface is matching the beauty of Apple's hardware. It's more functional, taking the interface away really so that content becomes king.

Both Cuda and Bottomley were staunch in their support of Apple, praising the Cupertino company for its ability to keep such control over its hardware, a sore point when it comes to Android.

"We're not really into Android from a technical standpoint, or design, or anything really. The interface would be an absolute nightmare, and there are so many devices it'd be almost impossible. There's not enough control over each device. If Android continues the path along massive fragmentation, and having little control over their store, we couldn't see ourselves developing for them. We're certainly not anti-Android... we're just anti stuff that we don't like.

"If you look at Android or Windows, Windows is definitely more appealing," Cuda said.

"People say Apple policing their store is a bad thing, I'd say it's a great thing. It's an excellent thing. They should do it more, because the customer gets a better experience. It would be nicer if it was more curated, and they didn't expect as much shit on the store. People try to get rich by making silly apps, and there's still heaps of scams on there too. It's Apple's playground, they should be able to do what they want.

"It'll help serious technology guys like us who want to make a real longterm thing out of this. And it becomes distracting for customers to sift through all that crap," Cuda said.

As we finished our beers the conversation turned towards the future, and it seems with an Apple Design Award now in their pockets, anything's possible for the team from Hobart.

"We've had a fair few offers from companies I can't discuss, some big names, a few companies have wanted us on their platform, and it's big money. But when you actually sit down and discuss the numbers, and the time, it becomes a very different story," Cuda explained.

"Even if you get given a ridiculous sum of cash, that would mean you could get more heads in there, but more heads doesn't necessarily mean a better product. We're a big believer in quality over quantity. So finding the right people takes time, and there are so many variables to try and repeat the magic on a different platform. We've always just been about 'let's make the best product we can."

Check out Procreate for yourself here and see what the fuss is about, or check out this year's other ADA winners here.