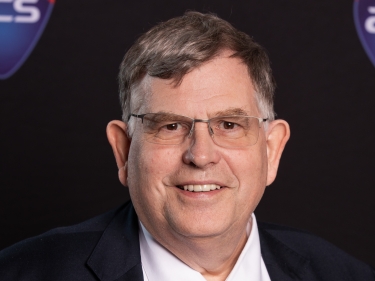 The Australian Computer Society (ACS) has elected Nick Tate as national president for 2022-23 to replace Dr Ian Oppermann whose two-year term will come to a close at the end of this year.

Nick Tate’s appointment marks the second time he has served as ACS National President having previously held the role in 2012-13.

Nick Tate has over 45 years’ experience in ICT, including 20 years in cybersecurity, having served eleven years as head of the Australian Computer Emergency Response Team (AusCERT) after working as CIO at two London banks and the University of Queensland.

He is co-author of “A Director’s Guide to Governing Information Technology and Cybersecurity”, an AICD published book and has 20 years’ experience as a company director for 16 Australian and two US companies.

Nick Tate is an Adjunct Professor at UQ, has degrees in Physics and Computer Science, a PhD in Cybersecurity and holds both a Fellow and Honorary Life Member of the ACS. He is also currently Vice President (Membership), President of the South East Asia Regional Computer Confederation (SEARCC) and Chair of the Council of ICT Associations.

Following his election by the ACS Congress, Nick Tate said “It is a great honour to have been elected President at such an exciting time for the ACS. I would like to thank retiring President, Dr Ian Oppermann, for all his contributions to the society over many years.

“Over the next few years, I look forward to working with our members to build on ACS' many current strengths to extend our role as a leading voice of Australia’s Information Technology professionals.”

“It has been an honour to lead ACS over the past two years and steer the organisation through what proved to be a challenging period,” said outgoing presidet Dr Oppermann.

“I am proud ACS is today on a strong financial and management footing and look forward to seeing the implementation of governance reforms and the next five-year strategic plan under Nick Tate."

More in this category: « Georgiou takes on regional director role at Secureworks
Share News tips for the iTWire Journalists? Your tip will be anonymous