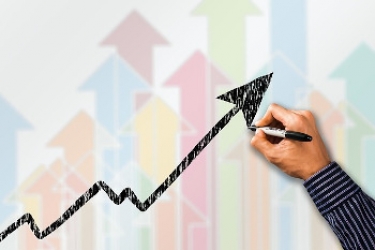 Indian outsourcing giant Infosys has been accused of fudging its financials and taking measures to make profits appear larger than what they actually are, according to whistleblowers at the Bangalore-headquartered outfit.

The whistleblowers have alleged that chief executive Salil Parekh has been fiddling with the firm's financial figures and inflating profits recently, and also making racist and misogynist comments about board members.

In a letter published in Deccan Herald, the oldest and highest circulated newspaper in Bangalore, employees alleged they were told not to report costs in order to boost profits.

The missive, sent to the board of directors, said: "[We] bring to your notice the unethical practices of CEO in recent quarters. Same measures are taken up in the current quarter also to boost short term revenue and profits. We are Infosys employees and we have emails and voice recordings on these matters. We hope the Board will conduct immediate investigation and take action."

The employees said in the last quarter they had been asked "not to fully recognize costs like visa costs and to improve profits... When auditor opposed, the issue was postponed.

"This quarter, there is lot of pressure to not recognize reversals of US$50 million of upfront payment in FDR contract which is against accounting practice. As this will reduce profits for the quarter and negative for stock price, they are putting pressure not to take the charge."

The letter added, "In large contracts like Verizon, Intel, and JVs in Japan, ABN Amro Acquisition, revenue recognition matters are forced which are not as per accounting standards... We are asked not to share large deal information with auditors."

The employees also cited an instance of dismissive comments about directors allegedly made by Parekh. "Large deal approvals have irregularities. CEO is bypassing reviews and approvals and instructing sales not to send mails for approval. He directs them to make wrong assumptions to show margins.

"CFO (Nilanjan Roy) is compliant and he prevents us from showing in board presentations large deal issues. CEO told us 'no one in the Board understands these things, they are happy as long as share price is up. Those two Madrasis ((independent directors D.) Sundaram and (D.N.) Prahalad) and Diva (Kiran) (lead independent director Kiran Mazumdar-Shaw) make silly points, you just nod and ignore them'." (Madrasis is a term used by north Indians to belittle their southern counterparts.)

They accused Parekh of using company funds to pay for his personal travel. "CEO spends two and a half days in a week in Ecity (the Bangalore headquarters) and rest in Mumbai. All his travel expenses are paid by the company for these weekly personal trips. He is green card holder and avoids deduction of taxes during his US travel which is non compliance. Please check and details will be provided."

Responding to the accusations, Infosys chairman and former chief executive Nandan Nilekani said in a statement that two anonymous complaints dated 20 September and 30 September had been received by a board member, while another undated letter had also been received.

"These complaints are being dealt with in an objective manner. The undated whistleblower complaint largely deals with allegations relating to the CEO’s international travel to the US and Mumbai," Nilekani said.

He said the company had been made aware of another anonymous letter dated 3 October sent to the Office of Whistleblower protection program in Washington DC.

"This letter refers to the 20 September complaint, and to emails and voice recordings in support of the allegations. Although we have not been provided any of the emails or voice recordings, we will ensure that the generalized allegations are investigated to the fullest extent. Additionally, to ensure independence in these investigations the CEO and CFO have been recused from this matter," Nilekani added.

Infosys has a number of operations in Australia, and in 2018 won a two-year contract to provide IT services for the Australian Open, beating IBM to the deal.

The biggest Indian outsourcing outfit for a while after it came to prominence in the mid-1990s, Infosys has now been overtaken by Tata Consultancy Services. Other companies like Wipro, Mahindra and Cognizant also closely compete with Infosys.

More in this category: « US firm to build new Vic courts case management system Infosys, Cognizant to cut thousands of staff »
Share News tips for the iTWire Journalists? Your tip will be anonymous