US will go ahead and deny H-1B spouses work visas 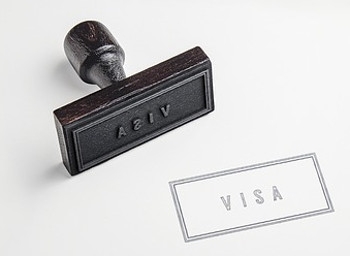 Moves by the US to deny the spouses of H-1B visa holders the right to work, a privilege granted by the Obama administration, will go ahead though they will be delayed by a court case.

The case was filed by an advocacy group, Save Jobs USA, which claims that the Department of Homeland Security does not have the right to grant work permits without approval from Congress, Bloomberg  reported.

The DHS said last week it was putting off issuing a proposal to get rid of the work eligibility for H-1B spouses as it needed to carry out a new economic analysis as per the court filing.

Plans had been made to get rid of the Obama era rule in February. It may now take until June to do so.

The technology industry has lobbied against dropping the rule, claiming that it would undercut their ability to hire foreign workers. The wives of H-1B holder have been given H-4 visas since they were allowed to be employed.

Since the rule was modified, a total of 41,526 people have been given work permits.

The US Citizenship and Immigration Services recently asserted its authority to limit the length of stay of an H-1B visa holder in the country.

Since the election of Donald Trump a year ago, the US has been clamping down on H-1B visas which are used to bring in about 85,000 people a year to work in the country. Many of them are Indians who work in the technology industry.

In October, the government issued new guidelines making it tougher for existing H-1B holders to renew their visas, specifying that they would have to go through the same process for renewal as they did to first obtain the visa.

The number of applicants for H-1B visas fell last year for the first time in four years. In April 2017, the US Citizenship and Immigration Services received 199,000 applications, compared to 236,000 received in 2016.

Another new stricture on H-1B visas, is that computer programmers would not be presumed to be eligible for an H-1B visa. Rather, details of qualifications need to be supplied so that it could be determined whether the individual is fit to do the specialised task for which the visa is sought.

This guidance means that H-1B visas will go to very high-skilled and higher-paid professionals, with low- and mid-level jobs presumably to go to American workers instead.

More in this category: « Uncertainty over H-1B visa holders' stay increases H-1B visa changes: much sound and fury, signifying nothing »
Share News tips for the iTWire Journalists? Your tip will be anonymous