US may block renewal of H-1B visas Featured 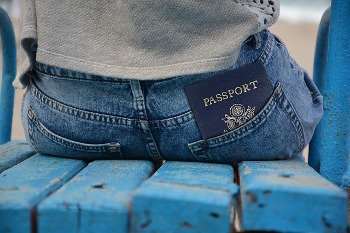 Companies in the US that hire foreign workers on H-1B visas may be blocked from renewing the same, a common occurrence which is undertaken to help the worker stay in the country long enough to obtain a green card.

The H-1B visa allows a foreign worker to work in the US for six years; many companies extend the term in order to get a green card processed so that the worker in question can continue to work for them.

A report in the Miami Herald said the Department of Homeland Security was mulling new rules that would prevent extensions of H-1B visas. The proposal is being hammered out between the heads of DHS departments as part of US President Donald Trump's "Buy American, Hire American" campaign promise in 2016.

It said the language in the American Competitiveness in the 21st Century Act — which says an extension "may be granted" — was being examined to see whether it could be used to stop the granting of H-1B visa extensions.

The Act allows extension of visas beyond the permitted two three-year terms if the individual in question has a green card application pending.

An unnamed source, who was said to be brief by DHS officials, told the newspaper: "The idea is to create a sort of ‘self- deportation’ of hundreds of thousands of Indian tech workers in the United States to open up those jobs for Americans.”

Since Trump took office nearly a year ago, the US has been clamping down on H-1B visas which are used to take in about 85,000 people a year to work in the country. A large percentage are Indians who work in the technology industry.

Last month, it was reported that new rules would make it harder for companies that are dependent on H-1B visas to take foreigners to the US for work.

In October, the government issued new guidelines making it tougher for existing H-1B holders to renew their visas, specifying that they would have to go through the same process for renewal as they did to first obtain the visa.

The number of applicants for H-1B visas fell last year for the first time in four years. In April, the US Citizenship and Immigration Services received 199,000 applications, compared to 236,000 received in 2016.

Another new stricture on H-1B visas is that computer programmers would not be presumed to be eligible for this class of visa. Rather, details of qualifications need to be supplied so that it could be determined whether the individual is fit to do the specialised task for which the visa is sought.

This guidance means that H-1B visas will go to very high-skilled and higher-paid professionals, with low- and mid-level jobs presumably to go to American workers instead.

Figures released by the US Citizenship and Immigration Services for 2015 show that Indian companies received the lion's share of H-1B visas that year, but paid the lowest wages.

Other Indian companies like HCL America (3492), Tech Mahindra (3344) and Larsen and Toubro (1558) were also among the top 20 who were granted visas. IBM, which is partly an outsourcing company, was given 3569 visas while Deloitte Consulting, which falls into the same category, got 3114 visas.

More in this category: « New US law would clamp down further on H-1B visas Satyam fraud: PwC gets two-year auditing ban in India »
Share News tips for the iTWire Journalists? Your tip will be anonymous