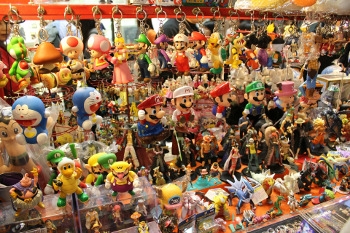 The number of rejections of H-1B visas, particularly for Indians, has gone up markedly in the last quarter of the 2017 fiscal year in the US, according to data from the US Citizenship and Immigration Services collated by the National Foundation for American Policy, a policy-based research group based in Arlington, Virginia.

There was also a rise in the number of requests for additional evidence to substantiate applications for this category of visa, which is used to bring in about 85,000 people a year to work in the country. Many of them are Indians who work in the technology industry.

“The data document how the Trump administration is limiting the admission of high-skilled foreign nationals, even though nearly every economist believes America would benefit from the entry of more foreign-born scientists and engineers,” said NFAP executive director Stuart Anderson, a former head of policy at the Immigration and Naturalisation Service under President George W. Bush. 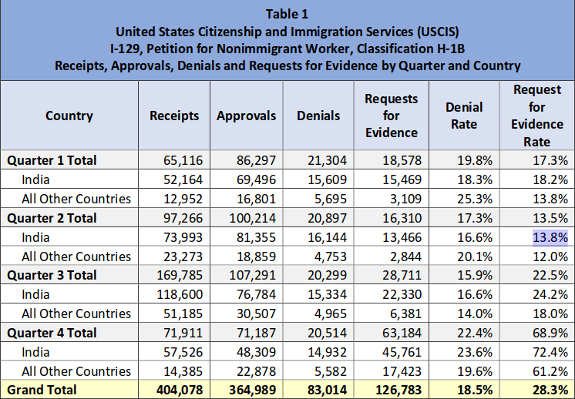 The NFAP pointed out that the rise of both denials and requests for evidence came shortly after President Donald Trump issued his “Buy American and Hire American” executive order on 18 April 2017.

"The data indicate the new administration needed time to get in place its new political appointees — considered by observers to be a who’s who of opponents of all forms of immigration — and to exert their will on USCIS career adjudicators, who were not considered favourably inclined in the first place toward businesses or high-skilled foreign nationals," the NFAP said.

“Even though approximately 80% of the full-time graduate students in key technical fields at US universities are international students it’s clear the current administration would prefer these individuals not be allowed to work in the US,” said Anderson.

“It’s fair to say there isn’t a high-tech company in America that thinks that makes sense.”

More in this category: « 24 Indians jailed over call centre-based fraud scheme Ex-employee sues IT ousourcer HCL over alleged pro-Indian bias »
Share News tips for the iTWire Journalists? Your tip will be anonymous