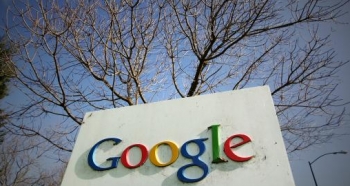 Tech giant Google's team of security guards will be put on the company's payroll and will have the same benefits as other Google employees, as debate rages about inequality in the tech community.

Google, which has faced backlash across California for providing free WiFi buses for its employees as some residents sleep on the streets, said security guards at its Northern California offices would all be on its payroll.

Google also said it would part ways with the company that used to supply them.

The company will hire about 200 security guards across its Mountain View headquartersm, its San Francisco office and at YouTube in San Bruno.

The move isn't without precedent, with Google having already its shifted its security operations personnel,  who perform seperate tasks to the security guards, onto its staff.

"Building an in-house security team is something we are excited to do," Google spokeswoman Meghan Casserly said in a statement.

"A year ago we insourced the Google security operations center and we are looking forward to making these valued positions both full- and part-time Google employees."

The move follows union protests of Security Industry Specialists' labor policies, but Google has not indicated whether they are related, according to the Mountain View Voice.

USA Today meanwhile is reporting that despite Google's recent move, major Silicon Valley companies are turning to outside contractors more often due to cost-cutting.

Apple and Facebook and others have all tapped outside contractors and staffing agencies for service jobs.

In late 2013 Google was the subject of heavy protests, dubbed the 'Google bus protests', with protesters using the buses as symbols of gentrification and displacement amid rising house prices.

The protesters blocked the buses and demanded $1 billion in compensation for fines, for Google using San Francisco's MUNI bus stops.