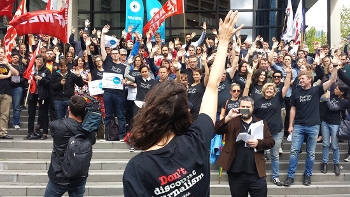 The Canberra bureau chief of news agency AAP, Richard Lawson, has been slapped down by his boss after he posted a tweet critical of the journalists at Fairfax Media who are on a seven-day strike to protest against job cuts.

Lawson wrote, “Dumb journos set up a great trading week for Fairfax", a tweet he now appears to have deleted.

His editor-in-chief, Tony Gillies, responded with a circular email to all staff, that was a clear rebuke to Lawson, The Guardian reported.

Journalists from the Sydney Morning Herald, The Age, and a few from the Australian Financial Review walked off the job on Wednesday afternoon after they were informed that about a quarter of all editorial jobs — amounting to 125 full-time positions — would be cut. The strike has come at a bad time as the federal budget is due to be handed down next Tuesday.

"It’s an awful time for media at the moment,” Gillies wrote. “News managers are having to make very tough calls and fellow journalists and editors are having to cope with the consequences of those decisions. No one likes the situation. But it does require sensitivity. 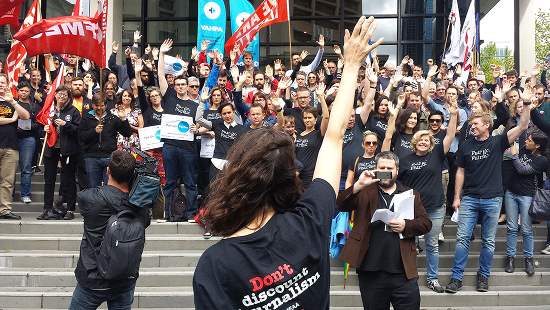 Staff from The Age protesting on the steps of their office.

"Be they managers or staff, all involved deserve our respect and support. They need AAP and they have AAP’s unequivocal support.

"If anyone with AAP as a part of their handle is tempted to use social media to express their views on developments in media, your choice is very simple: be supportive or be silent."

Fairfax Media is one of three owners of AAP, with the others being News Corporation and Seven West Media.

Twitter was also the battleground on which the founder of the Crikey newsletter, Stephen Mayne, found himself criticised.

Could Stephen Mayne be any more of a suck up to Fairfax management? He's scabbing AND asking to be paid less pic.twitter.com/uAkjJAZy9D

Mayne submitted an op-ed to Fairfax well after the strike was announced. His contribution did not go down well with the striking journalists.

In a related development, the lack of staff at the SMH was reflected in a prominent typo in the heading of its lead story, with the word "economy" being misspelt as "ecomomy". 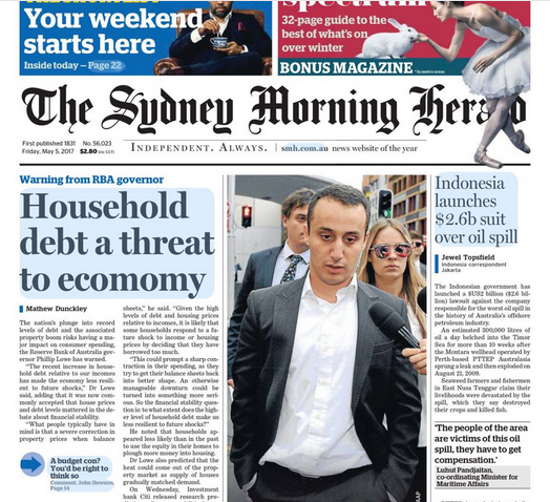 There were a fair number of tweets about this too.

The Media, Entertainment and Arts Alliance, the journalists' union, said that journalists had been encouraging the public in Sydney, Melbourne and Canberra to support their campaign.

A large number of international journalists' organisations have issued statements, backing the Fairfax staff in their campaign.

More in this category: « Fairfax threatens journos, making court bid to sort out strike Cognizant revenue rises as H-1B review gets underway »
Share News tips for the iTWire Journalists? Your tip will be anonymous