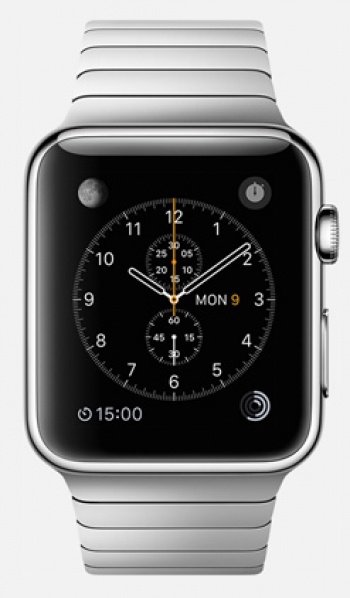 Tim Cook, Apple’s CEO must think its customers are a bunch of sheep that will slavishly buy whatever it makes. Be warned – the only compelling reason to buy an Apple Watch is if you are an Apple Aficionado a.k.a. Fan Boy with a surfeit of funds who fawns over its very expensive products.

Tim’s presentation was bland, self-serving, and full of platitudes – not a fire and brimstone sermon on the mount as predecessor Jobs would have done. Fire his speech writer – hell why not his whole world-wide PR department as well – after all “Apple does not comment …”

Let’s get a few things straight

Apple did not invent the wearables market – that honour belongs to the likes of Seiko/Pulsar, and Timex many moons ago and later Pebble, Samsung, and Sony to name a few. Apple is very late to the fray and should have learned from the mistakes of the many. It did not and it delivers nothing more than the others apart from what many consider is outrageous pricing. But then that describes the iPhone, iPad and all other iProducts.

Better companies (perhaps not as valuable but that is another issue) have – to paraphrase Winston Churchill - given ‘blood, sweat and tears’ to developing the wearables market. They know the success factors of any wearable include:

The fact that none have been able to address all 13 issues says spades about the wearables market. Technology has not advanced sufficiently to make the ultimate smart watch yet. You can’t have a successful device if it lacks significantly in any of the above areas except perhaps if it is built for a specific purpose – Fitbit charge, is successful for sport applications. Apple’s smart watch is more a fashion accessory – that appeals to fan boys – than an important advance in wearable technology.

Apple’s watch will at best, raise the bar in a few of the above areas but all that will do is spur on truly innovative companies to do better.

Those companies will answer the hard questions completely glossed over by Tim Cook.

Analysts say that a 38/42mm screen is really too small to be anything more than a preview device. It cannot be a content creation device, it cannot do anything better than a smartphone and it is really just another distraction device designed to lock people into the Apple ecosystem. And there is the rub – Apple is only interested in products that make its shareholders money – lots of it!

If you stand at a bus stop, the chances are that about half of those waiting will be using an iPhone and about half a Samsung. If you are at a business meeting, perhaps a slightly higher percentage will use Apple (but those in the know use Windows Phone).

The point is everyone has a smartphone and replaces/upgrades it every couple of years. Improving its capabilities is where the smart money is.

I do not believe that even in 10 years everyone at the bus stop or business meeting will have a smart watch unless it supersedes the smartphone.

The point is that some people will buy it (and some will love it) but the majority will either buy a vastly cheaper Pebble or Samsung (as they have an Android device) and be just as happy with it. Once they get tired of charging it every day or so then it will go in the cupboard replaced by their Swiss watch (if they bother wearing one) that works for a few years between battery changes and lasts for life – an electronic device will perhaps give a few years’ service and is at best ‘disposable’.

I think there is much more scope left in developing the smartphone.

First a double sided screen – perhaps e-paper on one side, later a rollable, pull out screen.

Next earrings or cufflinks (no one wears them any more) that are mini speakers and microphones.

Down the track contact lenses that act as a heads up display.

And recharging from body heat – these would be a few of my favourite things.

Apple’s version of a smartwatch is what I expected. It has unique Apple (a.k.a. Jony Ive) design cues, Apple feels it is elegant and intuitive - just like its iPhone and iPad products.

But it is not a smartwatch revolution - more of Apple’s stamp on the product category. Yes, it will sell millions and suck the oxygen out of the other contenders for a while but I think all it has done is spur the wearables market along a little and prove yet again, it can charge Apple sheep two to three times what the product would cost from another manufacturer.

And as a person who has field tested about 15 ‘smart watches’ let me tell you that I much prefer my classy black ceramic Rado or practical Omega Seamaster as a watch and my smartphone for everything else.

More in this category: « Perhaps it is time to pay for privacy – opinion Vivid – Sydney’s festival of light, music and ideas - must see »
BACK TO HOME PAGE
back to top