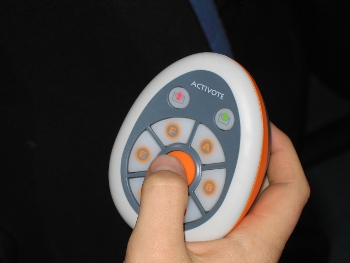 After a cliffhanger of an election, the people are left dangling as it were on a precipice. When you combine paper votes with booths and an election commission that is stuck in the past, that should not surprise anyone.

But what if Australia had moved into the digital age? By now, the whole thing would have been done and dusted.

However there is unlikely to even be an examination of switching to electronic voting, despite the very successful use of the same in the Australian Capital Territory.

The one time when the Australian Election Commission made a study of electronic voting was in 2001. This followed the dodgy results in the US presidential poll of 2000, when George W. Bush came to power in rather dubious circumstances.

What commission members wrote after that evaluation was updated six years ago. And since then there has been silence.

The ACT is the only area in the country that has tried out electronic voting. The first use was in 2001 in the legislative assembly and the system has continued to be used all the way to 2016.

The software used by the ACT is open source. It runs on Debian GNU/Linux.

The federal Senate votes are counted using software but at the last federal election there was a stuff-up and a fresh vote had to be held for one Senate seat in Western Australia.

A move by one lawyer, Tasmanian Michael Cordover, to obtain the source code of the vote counting application was denied. Cordover wanted to have a look at the code to see if it was at fault.

The request went up to the level of a Senate motion, but Minister of State Michael Ronaldson cited a fear of hacking as one of the reasons for his refusal to honour the motion.

Exactly what he meant by that is unknown. One should just pass it off as an indicator of the level of ignorance about software that exists in politicians' ranks.

The ACT openly offers the source code for its voting application on the Internet. Which puts Ronaldson's comment right into the area of stupidity.

It's funny that the government has no hesitation in digitising practically every one of its functions in a bid to cut public sector staff and save money.

Tax data, health data, personal data, it's all fine when it's accessed over the Internet.

But no federal government has ever canvassed the creation of an electronic voting system so that elections can be over and done with on a weekend.

No, we have to wait interminably, while speculation mounts, while everyone and his dog gives their own counts, all studiously ignoring the official AEC count as they have their own "pundits" in-house.

A lot of the high-grade bullshit that emanates from political analysts and other snake-oil peddlers would be a thing of the past if electronic voting made its debut. It would become a cut-and-dry process for the most part with the power of many people decreased.

Everyone wants to be a player in the election process: you only have to look at the way the ABC spruiks opt-in data collected through its Vote Compass survey as poll data, to know how desperate people are to stake their claim to be players.

Given that, and the archaic attitude that exists when it comes to digitising functions for the sake of efficiency, it is unlikely that Australia will even think of adopting electronic voting in the next decade.

In the meantime, paper and pencils will sell well in the open market.

More in this category: « Window 10: don't upgrade, install from scratch Red Hat is open – to doing business with the NSA »
Share News tips for the iTWire Journalists? Your tip will be anonymous