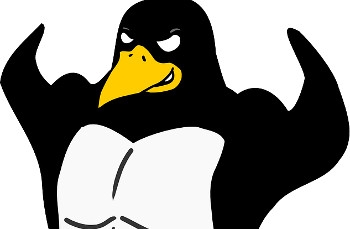 People who belong to the free and open source software community have one trait in common: they are extremely sensitive to criticism of any kind of the software that belongs to this genre.

Nothing else can account for the reaction that has been forthcoming after the Washington Post published an article on Linux a few days back, a fairly long and detailed account that, in the main, cast doubts on the security afforded by the kernel.

The article is the fifth in a series looking at the security of the Internet broadly, and the first article was published back in May. The five pieces are being sold as an e-book for US$2.99. Yet many FOSS people did not even bother to note this and assumed the worst.

Leading the way was Jonathan Corbet, editor of a website called Linux Weekly News, that advertises itself as "a reader-supported news site dedicated to producing the best coverage from within the Linux and free software development communities".

Corbet wrote a lengthy piece about the Washington Post article, failing to even notice that it was one of five. "It is not often that Linux kernel development attracts the attention of a mainstream newspaper like The Washington Post; lengthy features on the kernel community's approach to security are even more uncommon. So when just such a feature hit the net, it attracted a lot of attention," Corbet wrote, before making the most ridiculous comparison that one can.

He likened it to a report issued by a company called Mindcraft in 1999 which claimed that Windows NT was a much better server option than Red Hat Linux 5.2 and the Apache Web server. In the end it emerged, that this was pure Microsoft-funded FUD, with the Linux server used for the report having been badly configured and the hardware chosen not well supported by Linux.

But the Post article was far from this category and the comparison was ludicrous. That it should come from Corbet of all people, a kernel developer and one who claims to be punctilious about his writing, illustrates the characterisation I have made at the start.

As to the Washington Post article itself, there were many bloopers, but that is not surprising. It happens in the mainstream media all the time. The author, Craig Timberg, has as his thesis the claim that the kernel is lacking in security and that Linus Torvalds does not accord it as much priority as he should. A number of security "experts" are quoted to buttress this claim.

Corbet did take this criticism on board and suggested that this was the kick up the pants that Linux developers needed to devote more emphasis to security.

But Timberg did not bother to check what may be motivating some of the critics. He had a negative quote from former kernel developer Matthew Garrett who now works for CoreOS as principal security engineer; the company produces an operating system based on Linux.

Garrett has no great security credentials and has had a number of spats with Torvalds, the most recent being when he tried to get some code, that would allow Microsoft's secure boot technology to work smoothly with Linux distributions, into the kernel. Garrett did not clue Timberg in about his issues with Torvalds; he appears to have been happy to get the publicity and, in fact, in publicising the article on his own blog did not even mention that he had been quoted therein. Intellectual dishonesty is a mild description.

The exchanges that took place with Torvalds are enumerated here and they were not pretty. More recently, Garrett forked the kernel and created his own branch in which he included some features that he had once proposed be added, but which Torvalds did not approve of. Thus, to ask him to evaluate the approach Torvalds takes to security was a mistake.

That Timberg did not ascertain the background to everyone he quoted is rather lazy. Some of the others who were quoted, like Dave Aitel of Immunity, have much more credibility as security industry professionals. There are plenty of others in the US like Bruce Schneier, Richard Forno, Oded Horowitz, Chris Eng, Kevin Dunn, Neel Mehta,  Mark Dowd and Marc Maiffret, to name just a few.

Some of the examples that Timberg listed as showing bad security in Linux are laughable. He mentions the Heartbleed bug which affected OpenSSL, certainly not a part of the kernel. He also cited a security issue with bash, a shell program that again has nothing to do with the kernel. And to top it off, he threw in a reference to the hacking of Ashley.Madison.com, which has as much to do with the kernel as a bowl of curry does.

It is rather surprising that when considering security on the internet, Timberg did not devote at least one article to the cascade of security issues that the billion-plus computers running Windows pose. While there are many improvements in the latest version of Windows, the default settings are rather liberal. The lack of any discussion of the company that has been described as the Typhoid Mary of the Internet does tend to undermine the credibility of the Washington Post's Net of Insecurity series.

But then if one did mention Windows as a security risk, perhaps all those new shiny Surface Pro 4 ads that are seen everywhere these days would not eventuate.

More in this category: « How to make live-patching Linux really cool Microsoft does copying very well »
Share News tips for the iTWire Journalists? Your tip will be anonymous