So Microsoft is using Linux. What's the big deal? Featured 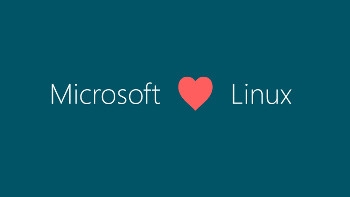 It is a measure of the hostility that Microsoft has shown towards Linux in the past, that even in 2015, people get all worked up when the software giant is found to have used Linux in any meaningful way.

This morning, several websites are going crazy over the fact that Microsoft has built a cross-platform modular operating system for data centre networking with Linux as its base.

Kamala Subramaniam of the Azure Networking team detailed this on its Microsoft Azure blog and, unlike its normal obfuscation where Linux is involved, she made no secret of the fact that the company had indeed used what its former chief executive Steve Ballmer referred to as a cancer to drive what could help add to its to bulging cash reserves.

My question is: why are we surprised?

Microsoft has always been prepared to use open source software when it could do so for reasons of profit. When it bought Hotmail, Microsoft continued to run the service on FreeBSD for a long time before it switched to Windows.

And periodically, one has heard of this or that bit of code licensed under the BSD licences being used in Microsoft's offerings; the BSD TCP/IP stack was rumoured to have been used in Windows 2000.

Of course, code released under any variant of the BSD licence comes with the proviso that one can take it, modify the source, and lock it away, with no requirement to ever reveal anything.

With Linux, which is released under the General Public Licence version 2, there is a requirement that source code be provided if it is redistributed. In other words, Microsoft can take the Linux code, modify it in any way needed, and run it internally without ever having to release it.

Releasing only becomes mandatory when it is redistributed. And then there are plenty of gaps in the GPLv2 that allow for the linking of proprietary blobs — the Linux kernel contains some firmware that is proprietary — with no requirement that the source for these blobs be released.

Apart from this, we must realise that the usage of Linux which Microsoft has confessed to comes in an era when the software giant has realised that it has to live with other operating systems and cater to their needs if it is to continue to prosper.

Software offerings for iOS and Android have emerged from the portals at Redmond in 2014 and the company has come a long way from the days when Bill Gates, when asked if he would develop software for the NeXT computer that the late Steve Jobs' new company was putting out, responded by saying: "Develop for it? I'll piss on it."

These days, one takes what one can get, no matter the technology. Remember when Novell, at that time the parent company of SUSE Linux, signed a patent licensing deal with Microsoft back in 2006, it was considered something akin to betrayal. Today, SUSE still has the same arrangement in place and nobody gives a rat's.

The times have changed. Microsoft will continue to use Linux as and when it can do so to serve its own commercial ends. Beating up on it may bring in some web traffic but it exposes the fact that people are still looking backwards and are unable to recognise that there has been a paradigm shift in attitudes to such events.

One must not, of course, assume that the usage of Linux means that Microsoft nurtures warm, fuzzy feelings towards the FOSS community and developers. Fare from it. Redmond will continue to crush any competition if it can, when it arises. Everything is driven by pelf and profit.

More in this category: « Little use in education: OECD slams school use of computers Linux Australia bid to 'buy' publicity runs out of time »
Share News tips for the iTWire Journalists? Your tip will be anonymous