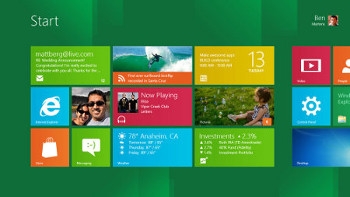 Microsoft gave the National Security Agency blanket access to information on its users, helping the agency to spy on its customers, according to a bombshell report in The Guardian.

Based on material provided to the paper by the NSA's former employee Edward Snowden, who has already made several disturbing disclosures about the agency after he fled to Hong Kong, the report says that Microsoft, over the last three years, aided the NSA to sidestep encryption in order that it could snoop on chats on the outlook.com portal.

The NSA already had access to mail from Hotmail, before it was encrypted.

SkyDrive, Microsoft's much-touted cloud service, was also wide open to the NSA. According to The Guardian, this service has 250 million users worldwide. That's a lot of data.

And nine months after Microsoft bought Skype, the NSA bragged that it was now collecting thrice the amount of video data through its Prism program.

And there's more, much more, but let's not steal The Guardian's thunder - this is the stuff of which journalists dream.

Of course, the good folk at Redmond have the standard response - we are complying with the law. Sure. If you want to find law-abiding citizens, look no further.

Microsoft has always denied the presence of backdoors in its software, placed there to enable American spy agencies to snoop on anyone it considers an enemy of the state.

And Microsoft has always claimed it cares about customers's security and privacy. What a joke!

The important question to ask here is: how will customers react? Will they move away from the company's products in droves, realising that commercial data is put at risk?

Or will they just sit and wait for the row to subside and believe the weasel words emanating from Redmond? Or will they do what we know them to do - simply not give a damn?

Washington has been raising Cain over spying by the Chinese. There is a much bigger problem closer to home which nobody wants to talk about or acknowledge.

The land of the brave and the free? Neither, it looks like, going by what's been happening all along.

More in this category: « Offshoring: a cancer that will devour us Small Utah company shames big tech outfits »
Share News tips for the iTWire Journalists? Your tip will be anonymous