SUSE now and in the future: Hubert Mantel speaks

On September 2 this year, SUSE will mark 20 years in the Linux business. That's an eternity in an industry where 18 months is considered a lifetime.

The company was set up in Nuremberg by three university students — Hubert Mantel (pic below), Roland Dyroff, and Burchard Steinbild — and a software engineer, Thomas Fehr.

They wanted to build software and provide UNIX support and decided to distribute Linux, offering support.

For those who wonder about the name, Wikipedia says: "The name 'S.u.S.E' was originally a German acronym for 'Software und System-Entwicklung', meaning 'Software and systems development'. However, the full name has never been used and the company has always been known as 'S.u.S.E', shortened to 'SuSE' in October 1998 and more recently 'SUSE'."

In mid-1992, the Soft Landing System (SLS) distribution, the very first GNU/Linux distribution, was produced by Peter MacDonald; Patrick Volkerding then brought out Slackware which was largely based on SLS. And in 1994, the first S.u.S.E Linux emerged, a German version of Slackware.

A couple of years later the company built its own distro, based on the now extinct jurix. The founder of jurix, Florian La Roche joined the company, and was responsible for building YaST, the SUSE installer. 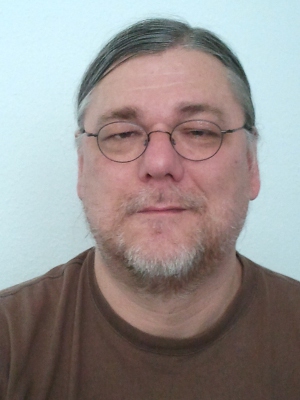 Last year, SUSE, since 2004 a part of Novell, was moved back to Nuremberg as a separate unit after Attachmate Corporation bought Novell and took the company private.

One of the original SUSE hackers, Mantel, rejoined the company a few years back and now has a chance to help the company re-cultivate some of that original culture which made it so well-known.

Over the years, technology companies that lost their original technical leads have tended to go downhill - two cases in point are Sun Microsystems and Microsoft. Mantel's return is thus a big positive for SUSE.

iTWire invited Mantel to participate in a Q and A to mark the 20th anniversary of SUSE and he was kind enough to agree.

ITWIre: SUSE was once the predominant GNU/Linux distribution in Europe. Now that it has relocated back in Nuremberg, how much time do you think it will take before it can regain that status again?

Hubert Mantel: I think the whole computer/Linux world has changed in a way that it no longer makes sense to talk about a predominant distribution in an absolute way. When you talk about mobile devices, the answer certainly is Android; when it comes to desktops in the Linux community, it might be Ubuntu, while many internet and web servers are running some flavor of Debian.

The Linux business has evolved into an industry with many facets where many players have specialised on certain aspects. And in the enterprise segment, SUSE is very well established and plays an important role in providing Linux for global companies.

Given that SUSE originally used a highly customised KDE as its desktop environment, will it go back to this again?

There is no need to "go back to KDE", since we always shipped it :)

One of the things I like most about Linux is that it gives you choice. I have been using at least half a dozen of different desktops in the last years; right now I'm using xfce on my main workstations while my "family machines" continue to run KDE. My wife and children are just users and I think KDE still is the most user friendly interface. The main complaint I have about KDE is that it sometimes starts to be a bit over-engineered; I would prefer it to be less resource hungry.

Any commercial GNU/Linux distribution that is successful these days has to sell on its own unique features, not the operating system alone. One of SUSE's unique features is the SUSE Studio. Can you explain how this came about - the thinking behind it and why you feel it has been so successful?

(The) main driving force is probably virtualisation. In the past, you dealt with specific applications, nowadays you juggle with complete virtual machines. This has all sorts of advantages: the systems are separated; you have less security issues, need less hardware for testing, and can simulate complex network setups with just one big machine.

And SUSE Studio lets you create your specific virtual machine(s) easily in some minutes. It's so convenient. I used a Studio created appliance as starting point for my video disk recording system.

Any plans of taking SUSE down the mobile/tablet route?

Not to my knowledge. This niche has been successfully occupied by Google with its Android system. But personally, I think it would be fun to hack on such a system; if I were (had been) born 20 years later, this certainly would be my favorite playground now :)

What is the degree of coordination that exists between SUSE and openSUSE?

Very high! Mentally, most engineers do not distinguish between the two systems. It's just SUSE with openSUSE being the head branch and SUSE Linux Enterprise being the stable branch.

How do changes from the community distro flow into the enterprise distro?

Whenever something is changed/developed in openSUSE, people are pondering if and when this change should also go into SUSE Linux Enterprise. Sometimes those decisions are very hard since there are a lot more things to be considered: What is the impact on existing installations? How much effort is it to support the feature for many years? And so on. If some decision turns out to be suboptimal, it can be reverted relatively easily in openSUSE. In SUSE Linux Enterprise, we have to live with the results for many, many years.

Well, and don't forget the other way round - this also happens: often there  are open source projects and technologies that are kind of "sponsored" or pushed into the openSUSE project on behalf of SUSE Linux Enterprise because we understand our customers want to have that specific technology incorporated. One example of  such a technology is snapper.

How much focus is there on the enterprise desktop these days? Do you think  that is a market in which one make money in Europe? Or is it only South  American countries - Brazil, for example - which are good markets?

My personal feeling is that the era of the PC (and so of the desktop as well) is slowly coming to an end. People are increasingly using tablets or smartphones for just accessing remote appliances; data is being stored in the cloud. So the desktop is becoming more and more irrelevant. In the long run you probably do not need very much more than an internet browser.

How much has the culture of SUSE changed from what it was when you were there at the start? Are you trying to recreate that mood so that the enthusiasm present at that time - before you were acquired by Novell - returns?

Working in a start-up always differs very much from working in a big company with thousands of employees. Both worlds have their pros and cons. When we were small, we were very agile and flexible; nowadays there is more process and regulation. But I do understand that we need well-defined processes and proper documentation in order to provide our customers the quality level of support and services they need and pay for.

What I really loved about our start-up times was the lack of hierarchy and the incredible efficiency: we all pulled together, everybody knew what he had to do, so we did not need a boss. In fact, it was quite hard to find team leaders when we reached a certain size, because everybody just wanted to continue hacking instead of doing boring paper work and other administrative tasks.

But these were special times (the infamous internet rush end of the nineties) in a special company. Even nowadays, SUSE is a great place to work. I wanted to make my hobby my profession and succeeded. So I'm quite happy :)

Do you still have the chance to get your fingers into code these days? Or have you moved on altogether?

I'm still hacking on code. This is what I always wanted to do since I had my first contact with computers back in 1977. I left the management already in 1999 in favor of being able to work as an engineer. There are better managers than me :)

Twenty years is a long time in the computer industry where 18 months is considered a lifetime. Can you cast your mind back to the way things were when you first started hacking on Linux and how they are now?

It is extremely interesting how things have evolved in the past two decades. The motto of Linus Torvalds and Linux has been: "World domination. Now!" I think Linux has reached this goal albeit in a different way than we initially thought. Computers are ubiquitous, as is Linux. Most people probably do not even know that they are using Linux every day in various ways: The DSL modem is running Linux, the switches, the WLAN access points and even many TV sets. Whenever you access some web server, chances are very high the pages are delivered by a Linux system. And with Android, most smartphones are running Linux as well. With computers and the internet being such an important part of modern life, I think it is very good that big parts of the infrastructure are open and not in control of a single company that tries to lock in customers in order to maximize its profit.

No interview with someone from SUSE is complete without a question about  Microsoft, so here goes. What do you see as the positives from the deal struck with Microsoft in 2006? What are the negatives?

For me, the deal with Microsoft meant that Linux has won. It was the proof that "they" no longer could ignore Linux; it was there and it was to stay. We just had arrived in the computer industry. And we played a role significant enough that a company like Microsoft would see it as advantageous to cooperate with us.

The negatives were mainly on the emotional side. For many Linux enthusiasts, Microsoft just was the "evil empire" and signing a contract with them was perceived as betrayal. But like in real politics, you have to make a compromise once and then if you want to advance.

And finally, what distribution do you use on your workstation/laptop?

More in this category: « DeVeDe: the easy route to DVD creation on Linux OLPC using poor kids as guinea pigs »
Share News tips for the iTWire Journalists? Your tip will be anonymous