Why should Morrison expect special treatment from WeChat? Featured 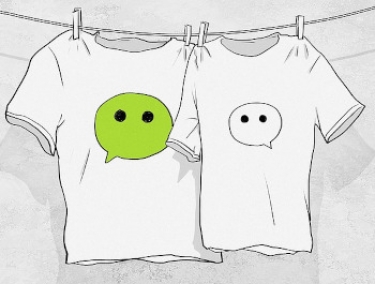 Image by 愚木混株 Cdd20 from Pixabay

Exactly why Australian politicians and some rent-a-quote merchants are up in arms over the government's loss of control over a WeChat account set up for Prime Minister Scott Morrison is hard to fathom.

First, Morrison's account was set up in violation of WeChat's rules which clearly state that foreign nationals cannot have accounts. Morrison circumvented this by going through an agency based in China which, in turn, asked an individual named Mr Ji to set up the account.

It appears that a company known as Fuzhou 985 Information Technology bought this account from Mr Ji some months ago because it had a large number of followers.

There have been a large number of media stories about this, because Australian politicians are apparently some very special species who should be treated with deference anywhere in the world.

Especially in China, — sorry, communist China as Australian scribes are wont to write, forgetting that China has been a communist country right from its founding in 1949 — a country that Westerners often treat as they did in the colonial days.

WeChat's rules, which not a single story has referenced, clearly state that "Using WeChat on behalf of governmental entities, without full disclosure" is one of the categories of content that it prohibits.

Strangely, though the media is supposed to be the fourth estate, journalists tend to adopt a strident nationalistic tone when they write about topics like this. They act more like an arm of government.

WeChat is owned by the Chinese tech giant Tencent and is based in that country. Thus, like every other company in the world, it has to follow the rules of the country where it is headquartered. Once again, this appears to surprise many Australian journalists – though they rarely raise a sweat when an Australian company mindlessly falls in with the rules laid down by Canberra.

But let me get back to WeChat's rules. They prohibit promotional political content, defining this as:

"a. a candidate for an election; a political party; or any elected or appointed government official (and an "election" includes an election, referendum or political ballot); or

"b. a law, regulation or judicial outcome, including changes to any such matter."

Morrison clearly wanted an account on WeChat to promote his party for the forthcoming elections. Thus, if anyone from the government tried to get back the account, they would fail - and rightly so. As Morrison himself said when righteously upholding the government's moves to deport world number one tennis player Novak Djokovic, "Rules are rules."

There has been plenty of breast-beating about this issue; the baby-faced Senator James Paterson, a former operative of the Institute of Public Affairs, who heads the Parliamentary Joint Committee on Intelligence and Security, has gone on the record blaming Beijing, an accusation that could not be wider of the mark.

Fergus Ryan, the head of the cyber-security program at the Australian Strategic Policy Institute, which claims to be independent, but which in reality is a lobby group for big defence companies and big tech, said the manner of obtaining the account was risky and ill-advised.

He added that Labor and the Coalition should both boycott the social media platform because of the risk of censorship. Ryan did not mention that such censorship is also common on American social media platforms; in the run-up to the last US election, both Twitter and Facebook banned the publication of a story that was damaging to the current US President Joe Biden.

Another rent-a-quote merchant, Robert Potter, who runs a security company known as Internet 2.0, claimed that selling the account was against WeChat's Terms of Service. I cannot find any such rule listed here.

Potter was quoted as saying: "It should have been a simple account ownership question for Tencent to resolve, particularly for a high-profile account like the Prime Minister of Australia. When Tencent did not return the account, they made a corporate decision to de-platform the Prime Minister, which will have a domestic political impact."

Potter had something even sillier to suggest: "It would be very straightforward for the government to make the distribution of WeChat in Australia impossible. If we can’t find a way to engage with Chinese controlled platforms without accepting their controls around censorship, we are probably heading for a break.”

Sure, when Morrison is trying to woo Chinese-Australians to vote for him, this is exactly what he should do. Potter has missed his real vocation; he should quickly become a political adviser.

Why should Morrison expect to be treated by WeChat in any way different from the average user? These platforms, no matter their country of origin, are in business for one thing: to make money. Like Facebook and Twitter, they may choose to back one political faction over another. But the primary reason for their existence is to generate profits.

But then who does a politician — especially one from another country — think he/she is to dictate the policies of a company based in a different country? This goes directly against the grain for people like Paterson who advocate for small government, but in this case it all seems to be just fine.

Paterson's statements were not limited to this; he made a really stupid statement to radio station 2GB, saying: "So what the Chinese Government has done by shutting down the Prime Minister’s account is effectively foreign interference in our democracy and in an election year."

First off, the Chinese Government had nothing to do in this mess; it was merely a tussle over ownership of an account. And then again, nobody asked Morrison to take an account with a Chinese company. If he did so, using dubious means, then he has to accept any rules laid down by Beijing. Foreign interference, my foot.

There have also been references to the fact that Labor leader Anthony Albanese is still on the platform; if that is indeed so, it is his business. Certainly not that of any of the patriots who worked themselves up over this.

More in this category: « For Christmas, Bloomberg delivers a fairy tale about Huawei Chinese firm's disclosure of NSA malware ignored by most tech sites »
Share News tips for the iTWire Journalists? Your tip will be anonymous