Why Richard Stallman should step away from the FSF 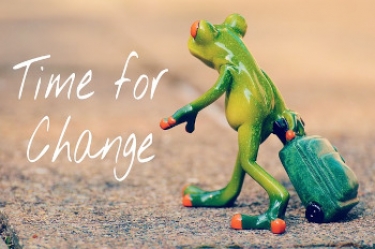 If Richard Stallman placed the interests of free software foremost, and his own personal issues second, then he would step down from the board position that he assumed last week, during the annual LibrePlanet conference organised by the Free Software Foundation.

Exactly why he chose to return to the board after resigning from the role of FSF president in 2019, is unknown.

The reason for his quitting at that time was the reaction to comments he had made about victims of the late Jeffrey Epstein, an American financier and convicted sex offender.

Having met him in person, and written a fair bit about him, it is somewhat frustrating to see that an intelligent individual like him cannot read the times and realised that a lot has changed since the days when his behaviour did not evoke any criticism.

There are, of course, numerous people who hate his guts for this reason or that. And equally, there are those on the other side who will back him, no matter what.

Much like the Australian Liberal Party — which is undergoing some serious ructions at the moment due to its outdated attitudes towards women — the technology industry has a serious problem with women.

That is just about beginning to be sorted out and acts like Stallman returning to the FSF board do not serve to advance a progressive agenda.

One could argue that it is incorrect to throw out a man from an organisation which he founded and led – and which has done a great deal to give free software (plus its bastard cousin, open source), the visibility that it enjoys in today's world.

But there comes a moment when people have to step aside for the common good, and not wait to be forced out. If the latter option has to be resorted to, then it would be shameful.

The step of leaving is open to Stallman and I, for one, would be grateful to the man if he quietly loped off into the sunset.

On the other hand, if he chooses to act like a mule — he is known to often behave in a manner exhibited by this creature — then it would be a sorry end to a career that has certainly had its high points.

The words of David Skoll, a well-respected developer and someone who has been around free and open source software for a very long time, bear repeating.

In a post to the Linux Weekly News website, Skoll wrote: "I fully support the goals of the FSF and software freedom. I even support in principle RMS's approach to software freedom, while acknowledging that it can be difficult to carry out in full in practice.

"However, I also believe that RMS's words and actions unrelated to free software should disqualify him from holding an important position on the FSF. It's not the case at all that those opposed to RMS being on the FSF board are trying to damage or destroy the FSF."

Indeed, there is nothing left over which to argue. Stallman should simply smell the wind and realise that it is time to retire for good.

More in this category: « After all the headlines, whatever happened to them vaccines? Fight over NBN plan costs set to heat up again »
Share News tips for the iTWire Journalists? Your tip will be anonymous