What's up, Josh? No Facebook deals for Nine, News and ABC Featured 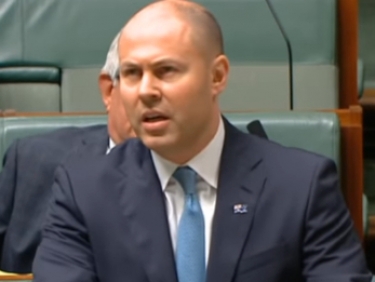 A shade over two weeks since Treasurer Josh Frydenberg crowed that Australia had put in place "world-leading legislation" to bring Facebook and Google into line, no big news organisation has signed a deal with Facebook to share news content.

Only Seven News and three small companies have signed deals for unknown amounts.

Facebook's reaction to Frydenberg's bid to impose a news media code was more severe than Google, cutting off news feeds to all Australian sites.

After that, the Treasurer gave everyone to believe that all issues had been sorted out and that deals with Facebook would be forthcoming – much in the same way that had happened with Google.

But, according to the Guardian Australia, the three biggest news organisations in Australia — News Corporation Australia, Nine Entertainment and the ABC — which employ the bulk of journalists have yet to agree to any deals with the social media behemoth.

The Guardian's Amanda Meade reported on Thursday: "Two weeks after Facebook struck a deal with the Australian government to pay publishers for displaying their news content the social network has failed to sign a single big media player – sparking fears of a second news feed ban.

"Sources close to the negotiations say Facebook is either freezing them out or refusing to budge on key clauses, which could indicate the platform is getting cold feet and considering 'pulling the plug' again."

When Frydenberg announced that Facebook would restore news feeds to Australian pages on Facebook, he was lauded no end by the same organisations. News Corp, Nine and the ABC all pumped up the government's tyres in anticipation of the moolah that they thought would come to them.

It should be clear by now to anyone with even half a brain that Facebook and Google marched out the victors after the first stoush. iTWire did not mince words in reporting the end of the fracas: "Govt climbs down, Facebook to restore Australian news pages".

Later the same day, there was this analysis: "Facebook allowed to decide if it will use news and the sources as well."

But then those are the hard facts. And not many people like to face up to reality. Among those are federal politicians.

Maybe we need the next bit of "world-leading" policy from Frydenberg, Communications Minister Paul Fletcher and Prime Minister Scott Morrison to "force" Facebook to agree to news deals.

Time for these men of steel to step up to the plate. When will that happen?

More in this category: « Strange but true: everyone except Microsoft is blamed for Exchange Server attacks NYT reporter's infosec book: a worthy tale, but poorly told »
Share News tips for the iTWire Journalists? Your tip will be anonymous