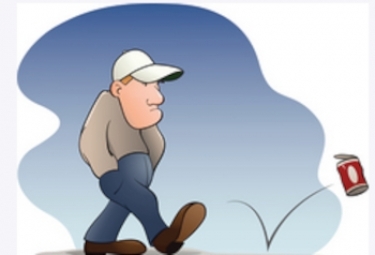 The state of Victoria will go to the polls on 26 November. Given that, it is easy to understand why the state's transport authority, VicRoads, has jumped ahead of the pack in saying it will issue new licences to those whose documents were compromised in the disastrous Singtel Optus data breach.

This argument is bolstered by the fact that Optus, in a manner that even Ebenezer Scrooge would struggle to emulate, has made no statement about when and how it will pay for credentials which have been compromised due to the company's errors.

A VicRoads statement says the state government will seek reimbursement from Optus. Good luck with that!

The degree of care that Optus has shown towards victims of this breach can be gauged by the fact that its last statement about the disaster was on 17 October. Two weeks on, the company is keeping its head low, in the hope that it can kick the can down the road in the best Google style.

The company's top brass must be grateful that a breach of medical data at Medibank Group has now grabbed the attention of the mainstream media. It is the same with the passports that have been compromised; Optus is yet to pay even one cent towards replacing them.

Optus' silence has been aided by the fact that the Federal Government, after an initial spell of bravado, has also stayed mum when it matters most.

On 14 October, Optus said in a statement to the Singapore Stock Exchange that customers, whose passport numbers were exposed in the catastrophic breach suffered by the telco, did not need to get the documents replaced.

It said this advice was being issued after discussions with the Federal Government. The government has been mum about the change of tack; Prime Minister Anthony Albanese said on 28 September, six days after the breach announcement, that he had told Optus it must pay the costs for customers who want to replace their passports if their data was caught up in the breach.

Two days later, Albanese tweeted: "After actions taken by myself, @SenatorWong and @ClareONeilMP, Optus has agreed to pay for replacement passports for those affected by the data breach."

After that, Albanese has had other things occupying his mind, it would appear. The same appears to be the case with Home Affairs Minister Clare O'Neil, who initially was extremely robust in her statements about the breach.

Optus also said: "This process [how to pay for the passports] is currently being finalised and we will update customers ASAP."

At times like these, one is reminded of the famous Samuel Beckett play Waiting for Godot.

More in this category: « US official forgets about Assange case, advocates freedom of expression The Wire gets entangled in its own breathless reporting »
Share News tips for the iTWire Journalists? Your tip will be anonymous