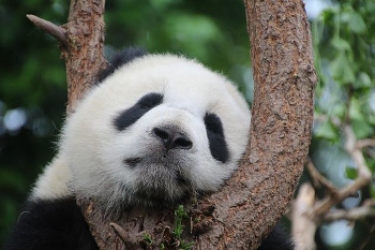 Image by Cimberley from Pixabay

When the phrase "the Pacific family" is used by the Australian Government, one knows what is happening: some Australian politician has gone across to one of the Pacific islands, handed out a bit of dosh, and tried to heavy the natives to fall in line with Australian policies. Which mirror American policies – or perhaps that last bit goes without saying.

The latest to make the trip is the Pacific Minister Zed Seselja, who was reported on Thursday morning as having told — note the word — Solomon Islands Prime Minister Manasseh Sogavare that he should not sign a security deal with China, according to a report from The Age.

Seselja's trip was necessitated by a leak some 10 days ago that revealed China was palling up with the Solomons, a move that could lead to the setting up of a naval base.

This, of course, made the US very cross and Australia was ordered to do everything it could to scuttle any deal, pending or otherwise. These are the times when one knows that neo-colonialism is alive and well. But the Americans do not trust Australia to be able to pull it off; their own emissaries are also planning a trip.

There has been plenty of reporting about the China move, but none of it has ever ventured to say why Beijing is so interested in setting up a base in the Solomons. Thus far, it has only one base, in Djibouti.

But then when the Americans have more than 800 bases all over the world, and are now concentrating on their latest base, in Australia, one can't really blame Xi Jinping's men for getting a little annoyed and wanting to indicate that they can also play the same game.

Why wouldn't Australian journalists want to mention the fact that the US has so many military outposts around the globe? Well, most of them are loyal to a fault, and any criticism of US policy could prove a hindrance when applying for your next US visa.

Journalists who go to the US for reporting assignments — or even to attend a function which they report on later after leaving the country — have to get what is called an I-class visa before they leave. Given that the software one has to use when applying for this visa is extremely flaky, and also the way American officials at the local embassy behave, it is not exactly a smooth experience. I speak from personal experience.

But back to the bases. David Vine, an American scholar, published a book in 2015 called Base Nation, in which he detailed how US bases around the world were doing Washington no favours, but rather creating issues for the country.

The sub-title of his book says it all: "How U.S. military bases abroad harm America and the world." Good thing he holds an American passport and does not have to apply for a visa to enter that country. Any Australian who wants to know about US base policy should read this book.

Were any country to station nuclear missiles on an island just 450km from the capital of another — we are talking here of Washington, Okinawa and Beijing — then it is perfectly understandable why China wants to ruffle a few American feathers.

Only one journalist has had the cojones to point out that it is a major failure of Australia's intelligence agencies to find out about the Solomons base plans: Bernard Keane of Crikey, an English-language newsletter that, unfortunately, is behind a paywall.

Keane is not part of Canberra's journalist clan that pays obeisance to one faction of politics or another. He does not need to genuflect to get his next yarn.

None of the other worthies, even those who adorn themselves with the title of "defence reporter" and the like, have said a word about the failings of the local spies – who were recently promised a major boost in their budgets. That would be unpatriotic in the extreme.

This is the second time in five years that Australia has had to make a dash to the Solomons to try and prevent a Chinese project from taking wing. On that occasion, Australia was trying to get the Solomons to withdraw from an undersea cable project after the contract was awarded to Chinese telecommunications giant Huawei.

That time, the man-de-mission was ASIS director-general Nick Warner, who heavied Solomons Prime Minister Manasseh Sogavare during a visit in connection with the end of the Regional Assistance Mission to the Solomon Islands on 29 June. In the end, Australia forked out more than $100 million of green notes and got the cable deal awarded to Vocus.

Australia has no defence policy of its own; it is a subset of the US when it comes to defence and politicians over here actually feel elated to be doing the Americans' bidding. China is this country's biggest trading partner, but that is of no consequence when it comes to trash-talking; Australian politicians fight to be first in line.

Expect more such blinding intelligence failures, and more of the "Pacific family" talk. That looks like a fairly dysfunctional unit by now, but don't try to get anyone over here to admit it. It would be highly un-Australian to do so.

More in this category: « World War 3 is nigh because Albanese forgot a few numbers Whatever happened to the government's ransomware action plan? »
Share News tips for the iTWire Journalists? Your tip will be anonymous