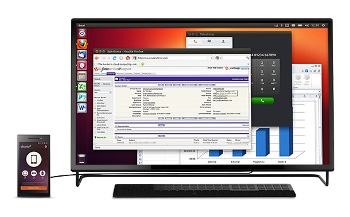 Canonical, the company behind the Ubuntu GNU/Linux distribution, has announced an initiative to build a converged device called the Ubuntu Edge that can serve as a mobile and, when docked, as a PC.

The device, which is still at a concept stage, will be available in 2014 if all goes according to plan. And that is a bit of an ask.

The company plans to raise $US32 million in 30 days through crowd-funding. Those who commit $US600 on the first day of the campaign or $US810 thereafter will be given one of these devices.

The campaign runs for 30 days. The Ubuntu Edge will be a limited release, with 40,000 to be manufactured. At the time of writing, the amount raised is $US2.69 million.

Ubuntu community manager Jono Bacon claims the Ubuntu Edge will boot both Ubuntu and Android and could be used as a PC when docked to a monitor; the full Ubuntu desktop would be available and there would be access to all the phone's files.

He said it would be equipped with the "latest, fastest processor", at least 4GB of memory and 128Gb of storage.

Bacon's complete spiel and a video narrated by a well-toned Canonical owner Mark Shuttleworth are here.

Back in January, Canonical announced another concept - for an Ubuntu phone. This announcement, like the one about the Ubuntu Edge, came after days of teasing and tantalising.

There was nothing that one could grasp in one's hands. Just a concept aimed at garnering media coverage.

In the end it is all vapourware. There is nothing concrete, only an announcement. Everything is in some indiscernible future that may arrive some day.

Then again, it may not.

There are some people who like to live in the present. Others dream and wait for the future. Shuttleworth's concepts and vision are admirable. Or rather they will be if they come to fruition.

More in this category: « Small Utah company shames big tech outfits Female dev's outburst against Torvalds was planned »
Share News tips for the iTWire Journalists? Your tip will be anonymous