This is no merger, this is Nine taking over Fairfax 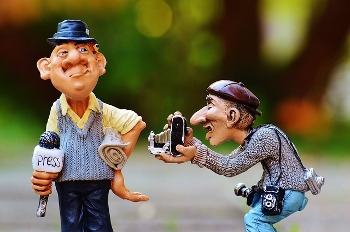 The treatment accorded to the news of Nine taking over Fairfax — yes, that is what it is — gives an indication of why the once great Fairfax newspapers have fallen into ruin.

The Australian and The Guardian — the latter the newspaper that has taken away a goodly portion of the Fairfax readership — accorded the news the weight it deserved. The News Corp publication had three yarns up by 11.30am and The Guardian accorded it live coverage.

Fairfax? The Age did not even bother to make the story the lead on its website. The Sydney Morning Herald did, but there was just that one, lone story sitting there. And both publications had the same story.

After more than 175 years, the name Fairfax will disappear from the Australian media scene by the end of the year, with the combined company being known as Nine.

Fairfax chief executive Greg Hywood had a last mealy-mouthed stab at making rotten apples sound like heavenly manna, saying that there would be "plenty of Fairfax Media DNA in the merged company and the board".

Yeah, sure. Are they going to have a skin graft from Hywood sitting on the board table?

For years, the Fairfax management has shown that it has no clue about running an online business. It has made lots of nice noises, but has had just one strategy: cutting costs in the form of senior journalists and sub-editors.

Tragedy of Nine/Fairfax is that the visionary Fairfax management won't be going to Nine ... guess that's the synergies in the deal https://t.co/xDbPgEB20C

No company would allow a person of Michelle Grattan's reputation to leave. Nor someone with the skills of Patrick Smithers, a man who is probably the best chief sub-editor I have ever encountered.

Lots of other talented staff, like the legendary cartoonist John Spooner, were made redundant. There are numerous others, too many to name.

In their place, came people who were prepared to work for less. That was the only consideration as the management kept healthy bonuses for itself and treated those who actually produced the papers like disposable nappies.

Another Hywood statement needs to be dissected: "Over the last eight years, Fairfax Media has gone from being at the mercy of the non-stop global media revolution to being best of its breed. And that is why Nine wants to merge their business with ours."

If Nine was the Desperately Seeking Susan in this marriage, then why has the Fairfax name been discontinued? That Hywood, even at the end of the story, is unable to speak the unvarnished truth tells one more about the fall of Fairfax than anything else.

Every year, journalists and sub-editors at Fairfax have been holding their breath around March-April, wondering when the news of the inevitable staff cuts would come. This time, the cuts will probably come later in the year, as the so-called "efficiencies" of the "merger" are effected.

That means quite a few staff will be shown the door again.

It will not be a loss for Hywood. He will have enough and more on which to retire in style.

More in this category: « auDA war of words set to come to head on Friday auDA voting system is skewed to favour management »
Share News tips for the iTWire Journalists? Your tip will be anonymous