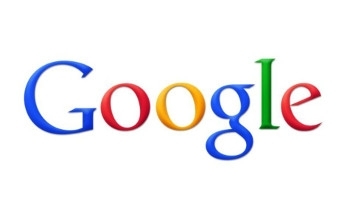 In what can only be described as the year's most supreme act of hypocrisy, eight big American technology companies have issued a statement calling on the government to reform surveillance laws.

The reaction of Apple, Google, Microsoft, Yahoo!, Facebook, Twitter, LinkedIn and AOL comes in the wake of a series of revelations from former National Security Agency contractor Edward Snowden, detailing the blanket surveillance which the NSA has been involved in for years.

The eight companies, styling themselves as the Reform Government Alliance, have a lot of nice-sounding topics included in their statement: limiting governments' authority to collect users' information; oversight and accountability; transparency about government demands; respecting the free flow of information ; and avoiding conflicts among governments.

If all their principles are followed, we would be living in utopia. We wouldn't need the Ten Commandments.

It's interesting that these companies have only decided to react when the sales figures tell them that all Snowden's leaks have resulted in their balance sheets getting more red ink than black.

Especially in the case of foreign customers, sales are down. And interest in the cloud has fallen - why would you want to store data there for the NSA to hoover it up?

Until Snowden spilled the beans, these very companies were co-operating with the NSA. They were bending over backwards. They were asking "how high" when the NSA said "jump." The principles they have outlined were all under the ground. As long as the greenbacks were rolling in, who needs motherhood statements?

Two of the companies, Google and Facebook, live by exploiting users' data; for them to make statements about the NSA sweeping up similar data is, well, breathtakingly hypocritical.

Among the luminaries who have put their names to this blather is Larry Page, the chief executive of Google. Google chairman Eric Schmidt is usually the one to be paraded in public - but no doubt he is keeping out of view because of his famous statement that one should have no fear of being spied on if one had nothing to hide.

A man who spreads views like that would look odd calling for surveillance reform. Only, when Schmidt was asked to go on national TV nude, he did not take up the challenge. After all, he has nothing to hide, does he?

As suspicions grow among customers - especially those abroad - that standalone software and also that in devices contains backdoors, sales are bound to fall.

Cisco, not among the eight, has already seen the effects. Google's last lot of figures were not so hot. Microsoft has been in trouble for a long time. AOL is not doing well. Facebook is seeing users decreasing while Twitter is yet to make a dime of profit.

Even Apple has reason to be fearful.

What a noble bunch. Their concern is so touching. Who was the idiot who said that big American corporates are only interested in money?

More in this category: « Red Hat's Ceylon will get up Oracle's nose Init wars: Debian inclining towards upstart »
Share News tips for the iTWire Journalists? Your tip will be anonymous