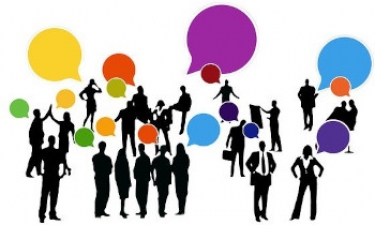 With the time for changes to be made to the news media code rapidly running out, Google, one of the digital platforms that will be affected, has turned to a Fox News-style tactic: using the "some people are saying" line to draw attention to what are claimed issues with the Code.

A blog post published on Friday, soon after the the Senate Economics Legislation Committee submitted its report on the bill to Treasurer Josh Frydenberg saying that it had no changes to make, was headlined "What people are saying about Australia's proposed News Media Bargaining Code."

"Microsoft’s take on Australia’s proposed law is unsurprising – of course they'd be eager to impose an unworkable levy on a rival and increase their market share," Walker wrote.

"But in its eagerness, Microsoft makes numerous claims that have been thoroughly and independently debunked." The link from the word "debunked" leads to an article about claims that Google is earning billions by leveraging news content.

The linked article was meant to counter claims made in 2019 by the News Media Alliance, which says it represents "nearly 2000 diverse news organisations in the United States".

But any claims made by Google are risible given that the online advertising giant itself is using AlphaBeta, a consultancy that is notoriously flaky, to generate material that supports its stances. You can see a classic example of AlphaBeta's flakiness here.

The main focus of Walker's post was a video in which the opinions of several people were provided, all of them with a dog in the fight. At the time of writing, the video, posted on Google's YouTube site, had 47 views.

One fails to understand the relevance of the views provided by Sir Tim Berners-Lee, the creator of the Web; the man is referring to a bygone era when the Web was free of commercial influence. The days when the dream of creating a global community through the medium of the Web existed are long gone.

In its place is a medium festooned with ads, spam, every kind of digital con job, and companies climbing over each other to hustle for a quick buck.

Only one thing strikes me after watching the video: if news snippets have no value to Google, why did the company agree to pay French publishers for using snippets? The French deal was signed in January.

Come Tuesday, the law may well be in place, with a few amendments suggested by the Greens added.

More in this category: « News media code: in the end, Google gets exactly what it wanted Bloomberg's new hardware hack tale is more of the 2018 brand »
Share News tips for the iTWire Journalists? Your tip will be anonymous