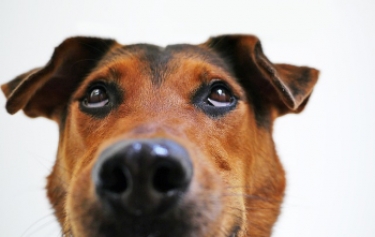 Image by LUM3N from Pixabay

The extent to which the smartphone market is being flooded with new devices can be gauged from the fact that this week — with the economy in the toilet due to the ongoing coronavirus pandemic — there have been four companies announcing new wares.

First came TCL followed by Google, then Huawei and finally Samsung. In each case, apart from TCL, which is a bit player in this sector, and Google, the other phones released included the latest 5G technology. (Oops, hardly had I finished writing this than vivo announced the launch of a 5G device!)

One could take comfort from the fact that roughly about three billion phones are out there in various countries on a planet where the total population is about seven billion.

Which means that more than half the world's population does not possess a smartphone and could be logically considered as a market waiting to be exploited.

The fact, however, is that the masses who do not have a smartphone are incapable of affording one, unless it were sold at very, very low prices.

Prices which none of the companies in the fray would ever dream of charging. Indeed, nobody would ever consider manufacturing a phone with minimal specs so it would be affordable by people on the lowest rung of the economic ladder.

Even the $99 Aspera Mobile Jazz 2, reviewed here by my colleague, Stephen Withers, is far too expensive for that section of the populace who have yet to get their hands on one.

This means that there is intense competition among those who already own one or more of these devices; manufacturers are vying left. right and centre to both keep their own customers and also to poach those who are currently in rival camps.

And so this brings to me my central point: loyalty, dumb loyalty, to a brand, is going to be a major factor determining who will be the winner in this race.

Yes, the defectors will also play a role, but the main factor that will keep a smartphone at its previous level of sales is loyalty and a sense of belonging.

Look at it without any emotion: what difference is there between an iPhone and an Android device? The applications may be different, but they all perform the same functions.

Hardware sales have always been driven by one or more "killer apps", the best and earliest example of which was VisiCalc, the first spreadsheet program, which made the Apple a magnet for businesses.

But that has never been the case with the smartphone. In its case, it has been the fact that you can carry a sufficient amount of computing power with you to attend to most of your daily tasks on the go that has captured people's imagination.

Engendering loyalty could, of course, be done by users. Like the Apple Macintosh users who gathered at an auditorium in Ann Arbor, Michigan, in 1988 to watch a sneak preview demonstration of a new word-processing program they could all use, but wouldn't be able to buy right away.

The idea behind the demo of this product, which wouldn't be available for another five months, was to keep these users, a very eclectic group, from investing their hard-earned in some competitor's program before this program — Microsoft Word 3.0 — was ready to be sold.

And so, as Robert X. Cringely wrote in Accidental Empires, his seminal history of the PC industry, these Mac users, whom he described as the snobs of the personal computer business, urged their friends and family, "Don't buy MacWrite II, WordPerfect for Macintosh or WriteNow. You've got to wait for Microsoft Word 3.0. It's radical."

Now that's loyalty of a kind you'll never find in today's world. And it is unlikely that smartphone companies would expect their users to behave in a similar manner, though the word "evangelist" is still flung around by the occasional technology company that is stuck in a reality that no longer exists.

And the fact is, users are not tied to a brand unless they feel they are being treated right. Why? Well, you can go next door and get treated the way you feel you deserve and not miss out on any functionality at all. Oh, you may have to press different buttons for a function compared to what you did earlier; you may have to place your finger on a different part of the device to unlock it, but that cannot qualify as a show-stopper.

This was brought home to me when I visited Bangalore (or Bengaluru) in 2015 for a family reunion. During that trip, I paid a visit to Madras (now known as Chennai) to visit the parents of an old friend and found that, two days from leaving the country and returning back to Melbourne, I had a fair bit of the local currency left to spend.

So I picked up an Indian phone, MicroMax, for a reasonable price. A very good phone, I may add, with support for some 14 Indian languages. It had a lot of features that today's smartphones have and, compared to prices for comparable products in Australia, was a steal.

At that time, MicroMax was the best-seller in India, a country where people are not overly sentimental about brands. It had overtaken Samsung to get to this position, I was told by a friend in Madras who is well up in these things.

My impression of the company was spoilt when I tried to contact them to find out about software upgrades. I never got a reply.

In a couple of years, MicroMax was kicked off its perch by Chinese companies and has never regained anything like its former glory. Now it is always in the also-ran category, among those brands referred to as "Others" in the ranking lists issued by technology analyst firms.

Apple users are known to be remarkably loyal. Chinese customers are also known to fall in this category and one reason for growth of the use of Huawei smartphones after the Americans went after the company has been loyalty. Or patriotism.

It would be interesting to see when smartphone companies realise that dumb loyalty is the only thing tying their users to them, and to see what tactics they resort to in order to keep their followers from disappearing.

Price points could be one way. Would any smartphone manufacturer think of giving discounts on new models to users who have been with the company for X years – and can produce proof of that? I don't know, but with the smartphone industry having kind of peaked in numbers of users, it is probably time to try tactics like this. Remember, you heard it here first.

How about you, dear reader? Any ideas you can offer smartphone giants to retain their existing fan following? Don't hesitate to ventilate them here.

More in this category: « Wikipedia did not accept author's word as truth about his own work Qualcomm's latest innovation just happens to be its best »
Share News tips for the iTWire Journalists? Your tip will be anonymous