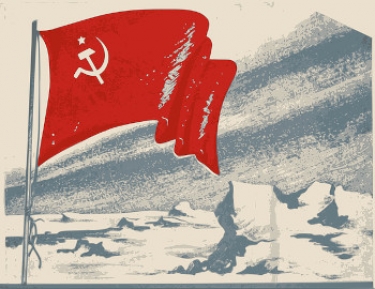 The kind of silly claims made by Western news media when it comes to cyber security attacks can be gauged from the latest "exclusive" put out by the British news agency Reuters: a claim that the FBI is investigating a postcard sent to security firm FireEye after it began looking closely at an attack on its own infrastructure.

And why would the bureau be spending its time on this? Well to put it in the words of Reuters' own reporter, Chris Bing, this is being done to find out "whether it was sent by people associated with a Russian intelligence service due [to] its timing and content, which suggests internal knowledge of last year’s hack well before it was publicly disclosed in December".

The attack came to light when FireEye announced on 9 December AEDT that it had been compromised and had its Red Team tools stolen.

Five days later, the firm issued details about attacks using malware which it called SUNBURST; it said this malware had been used to hit both private and public entities, by corrupting the Orion network management software, a product of SolarWinds.

A number of US Government departments — Homeland Security and Treasury among them — were also named as being affected. FireEye, too, was a victim. The Orion software has very wide usage in the US and also in Britain.

The content of that postcard is laughable; all it does is poke fun at the attribution often made by FireEye and its chief executive, Kevin Mandia, to Russian groups when attacks take place.

To quote from the Reuters yarn: "It shows a cartoon with the text: 'Hey look Russians' and 'Putin did it!'”

Going by that kind of logic, I could also be a Russian agent as I have repeatedly questioned the amazing ability of Western security agencies to attribute attacks to Russia — or China, North Korea or Iran — at the drop of a hat, all the while insisting that these are sophisticated attacks carried out by nation-state players.

But the postcard story is even sillier than the stories which make these claims. Bing, I must add, is a somewhat excitable individual who quotes spiel from security agencies without any questioning. He formerly worked for an outlet known as Cyberscoop and some idea about that company can be gauged from this op-ed which I wrote in 2018.

That Reuters, once a reputable news agency and one which I have used for most of my professional life, should be stooping to this level is an indication of the kind of silliness in which the media will indulge in order to pull in readers.

The long-term view — that one is destroying what little reputation one has by crying wolf — is rarely considered these days. And people still profess to be puzzled why the public at large is losing trust in news outlets.

More in this category: « NBN 'fully built' though 35,000 premises still unconnected. Don't they count? Memo to Google and Facebook: please pack your bags and go »
Share News tips for the iTWire Journalists? Your tip will be anonymous