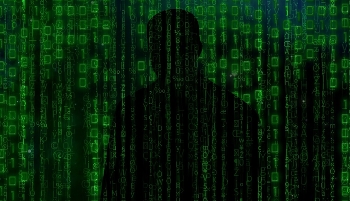 The attendees at SUSECon 2016, the annual conference of the Germany-based SUSE Linux being held in Washington DC this week, fall into the usual well-known categories: employee, media, analyst, speaker etc.

But there is one attendee who works for Red Hat. Daniel Pacek's business card says he functions as a strategic market analyst in Red Hat's Platform Business Unit.

His LinkedIn profile is a little more direct: it says he is a competitive intelligence analyst. In other words, a spy.

The LinkedIn description makes for interesting reading: "Responsible for on-going market monitoring, research and analysis of the open source software and platform industry.

"My analysis is used to enhance product development and positioning, pricing and the development of effective sales tools and strategies for selling against the competition. 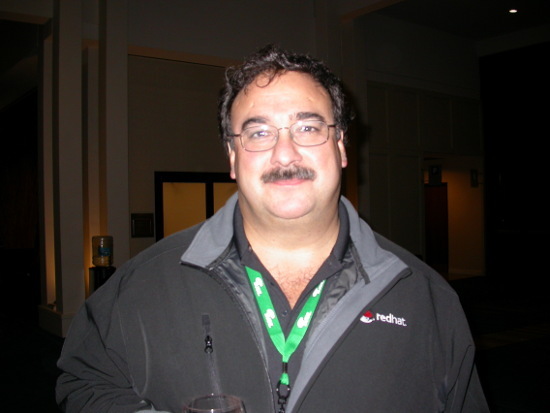 Filephoto of Daniel Pacek from the 2014 SUSECon. Picture: Sam Varghese

"Continually utilise competitive intelligence analysis to develop tactics and messages to help Red Hat grow its market share and revenue in the commercial operating systems market in the face of competition from Oracle, SUSE, Microsoft, Canonical and a number of zero-cost alternatives."

Given the fact that there are very few secrets about the software that SUSE produces and uses for its business, Pacek's stealth tactics are rather baffling. Of course, there are things which are commercial-in-confidence but nobody is speaking about them at the conference.

This isn't the first time Pacek has been at SUSECon. He was there in 2014 and SUSE's then director of corporate communications, Kerry Kim, introduced him to me. Kim had formerly worked for Red Hat, hence his acquaintance with Pacek.

I bumped into Pacek on Tuesday and asked him if he was willing to talk about his role at the conference. He agreed to do so and made an appointment for 1.30pm on Wednesday in the hotel lobby - and then did not show up.

Later, when I encountered him by chance en route to another appointment, Pacek claimed he had been present in the lobby at 1.30pm. On questioning, he looked down at his shoes and said he might have been there at 1pm.

He might have retained some of his dignity — and not made his employer, Red Hat, look shabby — had he merely said that he was not willing to talk about his role at a competitor's conference.

But then that is not the way Red Hat operates. Though the company proclaims its so-called openness day unceasingly, furtive is an adjective that fits much better.

SUSE rarely comments about matters like this, no matter whether they are business-related or not. It is only this year that the company has taken a snide shot at Red Hat, describing its own business as "open open source".

From the Pacek case, it looks like the open attitude with regard to products is not the only area where the two companies differ when it comes to openness.

Of course, Red Hat, given its dealings with the NSA, may appreciate snooping over openness. The firm appears to be living in the era of Mad magazine and its famous Spy v Spy episodes.